With Stars In Our Eyes…. 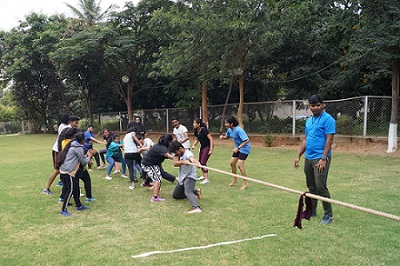 The cheering squad encouraging their classmates with enthusiasm to pull the rope with all their might. Photo credit: Rama Thillai and Chetan Crasta/NSoJ

By Arjun Iyer and Hita Prakash

Bangalore: On November 14, which is celebrated as Children’s Day across the country, one might expect a show of dance and music blaring though the corridors of the college campus, but National School of Journalism and Public Discourse decided to commemorate the day in a different way, at a different place. The college conducted its annual sports day at XLR8 Sports Arena, in Yelahanka. The event was attended by the top management, staff, teachers, and a majority of the students.

During this one-day event, the participants got an opportunity to display their athletic talents and sportsmanship. It comprised six sporting events including football, tennis, badminton, basketball, kho- kho, and tug-of-war. The day kicked off at 9:30 am, after the assembly of participants at the venue. The first event for the day was football played indoors, in a “Futsal” fashion where two teams with five players on either side, fought it out in a 35-minute match. It ended with the “Blue Team” winning the match 2-1. This was followed by badminton and tennis, that took place simultaneously. The tennis match was played for a set of six games which was a doubles face-off between team Anika-Upamanyu and Shriya-Timothy Franklyn. The latter team won the match 6-0. The badminton event was won by Hita-Ashutosh and the runners-up were Devrath-Raja. 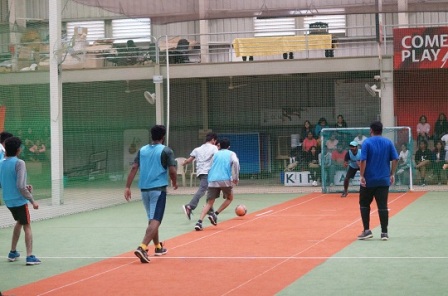 A goal in the making or was it not to be?

The basketball match proved to be a thriller, played between teams captained by post-graduate students Prafula and Hita. The intense match kept the spectators on the edge till the last minute as Prafula’s team emerged victorious. 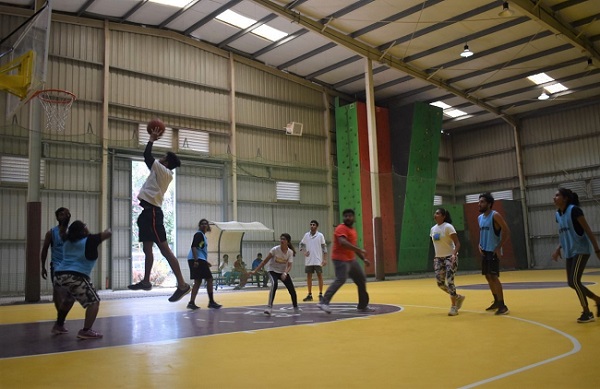 Soaring high up to take a shot at the hoop

The next attraction was Kho-Kho, a popular traditional game and is one of the oldest forms of outdoor sports played in India. This proved to be the most enjoyable event of the day. Teams of 10 players each from UG-1 and UG-2 had a fierce neck and neck competition in a 14-minute tussle. The UG-1 team, under the captaincy of Udbhavi, emerged as the winners. The last game for the day was tug-of-war, again between the students of UG-1 and UG-2. Both teams, comprising 10 players each, had to pull at opposite ends of a rope until one dragged the other over a central line. This evenly contested match was won by the UG-1 team, under the captaincy of Upamanyu, with a tally of 2-1. 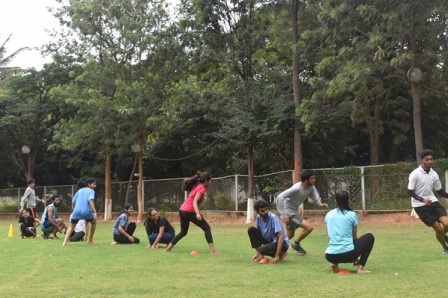 With an escape route in sight, the chase gets ever-so intense

The closure of the sporting events was followed by lunch. The day ended with the prize distribution ceremony and vote of thanks by Mr. Timothy Franklyn, founder-chairman, National School of Journalism and Public Discourse. Medals for both indoor games (chess, carrom, and table tennis conducted earlier in the NSoJ campus) and outdoor games were awarded.

Varun Nishant of UG-2, was the MVP (most valuable player) of the event.