Will CPI-M break the Kerala pattern?

The Kerala Assembly elections are all about a do-or-die situation for the Congress and an opportunity to create history for the CPI-M. 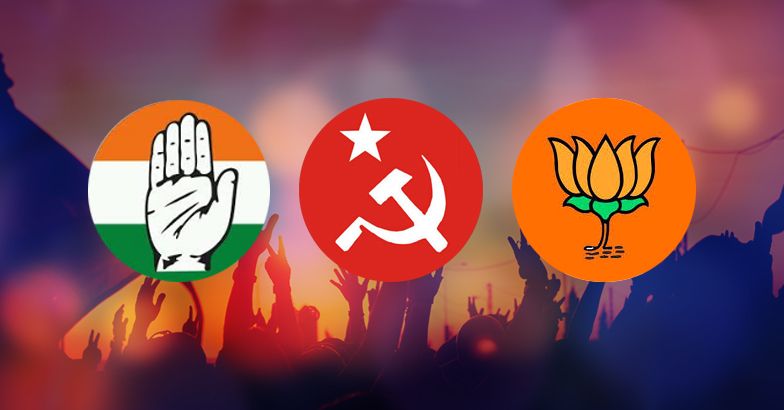 Bengaluru: The Kerala Assembly election is scheduled for April 6, 2021. The voters here have followed a particular pattern in selecting their representatives. Since 1982, the power has been shifting between the Communist Party of India Marxist (CPI-M) -led Left Democratic Front (LDF) and the Indian National Congress-led United Democratic Front (UDF). However, the results of opinion polls and the massive victory of the LDF in the local body elections held in December indicate the voters tilt towards the left-wing parties. A consecutive win for the LDF will ensure the continuation of the Congress’s “political failure” in the Assembly elections.

The incumbent LDF government is popular among the voters. The government is highlighting its development work worth Rs 63,000 crore and is stressing its "successful management" of COVID- 19 pandemic and seasonal floods. However, the alleged back door appointments in the government jobs leading to the Public Service Commission rank- holders’ strike; the gold smuggling case and the alleged involvement of the Chief Minister in it; and the government’s obscure stand on Sabarimala case are some talking points for the Opposition.

Religion plays a vital role in Kerala politics. The CPI-M enjoys the support of the Hindu community, while the Congress and its allies are preferred by the minorities such as Christians and Muslims. However, this traditional voting pattern may alter owing to the defection of Kerala Congress (M) to the LDF from the UDF, as the KCM has a strong Christian voter base. On the contrary, the Bhartiya Janata Party (BJP) is after the Hindu votes, which are currently with the CPI-M. A stronghold of the BJP in future will imply the weakening of the CPI-M in the State.

This election is crucial for the Congress considering its current political situation. The party is losing its significance in the northern States and has no influence in the southern states such as Tamil Nadu and Andhra Pradesh. In such times, losing Kerala will further deteriorate its position. Kerala is the only State among the coming five Assembly elections in which Congress can prove its mettle.

Secondly, Rahul Gandhi has been campaigning extensively in the State to turnaround the possible mandate and repeat the success that the party had enjoyed in the last Lok Sabha elections by winning 15 of 16 contested seats. Losing Kerala will leave Congress with no major contribution in southern politics.

Even though the BJP is busy strategising for four other Assembly elections, it has not ignored Kerala. The party has come up with the “Metro Man” E Sreedharan as its Chief Ministerial candidate. It is even playing its Hindutva card by way of raising the Sabarimala issue. The Kerala Assembly election is an opportunity for the LDF to make history by coming to power consecutively, on the contrary, it is a do-or- die situation for the Congress in the State.