Why Jehan Daruvala is India's Best Bet of An F1 Star

Since the 1990s, Indian Drivers have approached the top and failed, but this promising youngster brings hope to the Indian Motorsport. 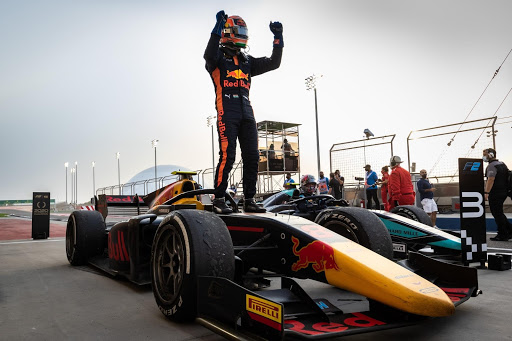 If you look at India's recent history of young racers, you will find that there have been a few who nearly made it to F1 but faltered at the final step- Formula 2.

Some recent names include the likes of Arjun Maini and Mahaveer Raghunathan. Maini showed great potential, having been touted alongside George Russell to be the next F1 sensation. Having just lost out to Russell during the 2014 British Formula 4, Maini secured a seat in Formula 2 for 2018 with Trident and was expected to be a title contender.

However, he struggled during the season and finished sixteenth while Russell won the championship. He was dropped for the 2019 season and moved his focus to endurance racing. It was during this season that Mahaveer Raghunathan entered Formula 2 with MP Motorsport.

Raghunathan was not only at the back of the grid the entire season but also amassed 24 penalty points. Many incidents, such as illegal overtaking (Corner Cutting), ignoring yellow flags, clashing with rivals, etc. meant that the FIA had to amend the rules for the championship to make sure that such incidents did not repeat.

However, this year's Indian driver, Jehan Daruvala, has impressed during the last few rounds in Bahrain, taking two podiums including a win. Despite not matching the performance of his Carlin teammate Yuki Tsunoda, who looks set to take the second Alpha Tauri seat in F1, he has shown great potential in his rookie season, racking up 72 points.

Having been one of the winners of the Force India talent search in 2011 and being announced as a Red Bull Junior this year, Jehan Daruvala has proven his worth, claiming the second position in the highly competitive New Zealand Toyota Racing Series and finishing third in the inaugural F3 season, only just losing out to teammates Robert Shwartzman and Marcus Armstrong.

His 2020 campaign may not have been too fruitful after finishing twelfth, 128 points adrift from Tsunoda, but considering that this year's F2 title challengers Callum Ilott and Mick Schumacher finished eleventh and twelfth respectively in their rookie campaigns, 2021 might just be his year.

Or maybe it won't, considering the immense competition lined up for next season. It definitely won't be a cakewalk for the Indian Driver next season, but it will be a challenge worth taking up.

Asher Franklyn is a guest contributor to The Tannoy.