Who is the Man in the Mirror?

Michael Jackson wrestled between a person and a performer. What do we know about the King of Pop? 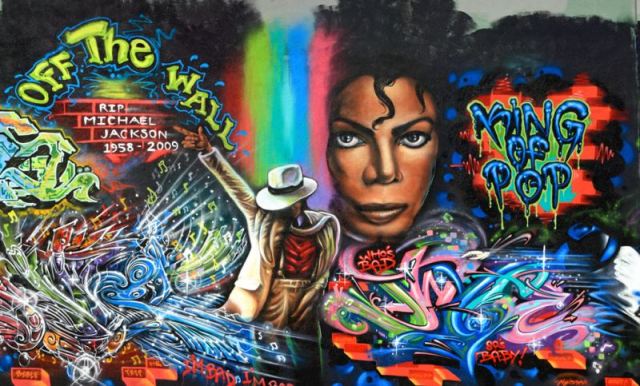 “I was a veteran, before I was a teenager”, said one of the most significant figures of pop culture. Michael Jackson was the eighth child of his parents Joe Jackson and Katherine Jackson. Dubbed as the “King of Pop”, he took the entertainment industry by storm with his incredible artistry in music and performance. In 2009, the face of pop shocked the world with the news of his tragic death. The man in the mirror was an otherworldly figure. Behind the glass was a man, who would feel sick to his stomach at the thought of his father.

Michael Jackson was only five years old when he joined his family band, The Jacksons. His mother aspired to perform country and western music. His father recognized his son’s extraordinary flair in music and performance. A failed musician turned boxer, he is known as the father who abused his children with whatever was around. A fumble or misstep would lead to harsh punishment. “Michael was a very sensitive individual, even though some children can handle the strictness but some don't,” said Mica Paris, singer and friend of Michael Jackson.

Although his father justified his abuse as a way to discipline his children to achieve fame and wealth, it must have psychologically impacted him greatly. His chart-topping song, Childhood sheds light on his lost childhood and painful youth. If it was not for his unconventional father, would there be a king of pop?

He was a perfectionist

"I do deeply believe in perfection. I’m never satisfied. I’ll cut a track or something, I’ll come home and I say, No, that’s not right, we got to do it over, it’s not right and then go back and back and back” said Jackson. Producer Akon also relishes working with Jackson. "He was never satisfied. Like, we might have passed up ideas that I know for a fact were smashes. He'd be like, 'Nah, nah — we got to come up with something better,” he adds.

Jackson did not experience a childhood like other kids. He was an individual with a high level of imagination. As an adult, he created heaven on earth, the Neverland Ranch, a private amusement park. He was greatly inspired by the fictional character Peter Pan, a boy who could fly and never grew. “I totally identify with Peter Pan, the lost boy from Never Neverland,” Jackson said.

1991 was a turning point for the artist. There were more questions about him than his music. It was during this time when people noticed the odd change in his skin tone from dark to white. People were curious to know if he was ashamed of his race. Rumors spread that he bleached his skin. “He was hurt. His defense mechanism was to not read those tabloids”, said Mark Lester, friend of Michael Jackson. However, the rumors were cleared when Jackson decided to address this conversation in an interview with Oprah Winfrey. His loss of dark complexion was attributed to a genetic skin disorder called vitiligo. It caused patches on skin to turn white. It starts as spots and gradually takes over the whole body. His autopsy report confirmed the same.

Jackson was eager to become a father. After his divorce with Lisa Marie Presley, he met Debbie Rowe. She fulfilled his desire by carrying his baby but in a monetary condition. His attorneys designed a contract wherein the marriage would deteriorate and he would gain exclusive rights to the child. Debbie Rowe, the surrogate mother had agreed to never see the child for a compensation of $2.3 million. In this case, he was a neurotic, self-indulgent, wealthy individual who simply put a price tag on his child’s life. Did his wealth mask his ethical considerations of a mother’s relationship with her child?

A study published on child maltreatment victimization and subsequent perpetration states that abused children may grow up to become abusive adults. He was subject to multiple sexual abuse allegations. In the documentary, Leaving Neverland, Wade Robson and Jame Safechuck open up about being sexually abused by Michael Jackson at a young age. However, he denied all charges and was acquitted of the charges. He convinced the public that his association with children had nothing to do with pedophilia but was an expression to cherish his lost childhood. Did the sympathy for his suffering as a child cloud the horrific suffering he caused as an adult?

The story of Michael Jackson is unforgettable. His music videos reflected his aesthetic sensitivity, intellectual curiosity, attentiveness to inner feelings; and imagination. For Jackson, it was a tough journey. Be it his father’s harsh whipping or the ordeals of a genetic disorder, the legacy lives on.