Where Did Tipu Sultan’s Rockets Go?

In the backdrop of the controversy over celebrating Tipu Jayanti, a history buff talks about the mystery behind the 18th century ruler’s rockets 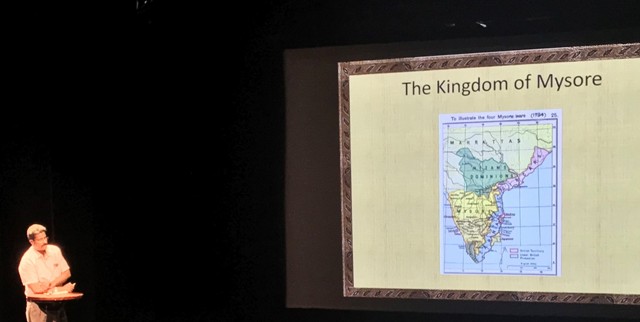 That Tipu Sultan, the 18th century ruler who fought like a tiger against the East India Company, was a pioneer of missile or rocket artillery, is now well known. That those rockets were used in his battles is also documented. “But where did those rockets go”, asked Nidhin G Olikara, an engineer by training and a history buff, at the Bangalore International Centre recently.

Olikara has had a life-long fascination with the life and times of Tipu Sultan. He has also studied South India’s military heritage. “When Tipu fell in 1799, the British took away some of the rockets and destroyed other missiles in 1863,” said Olikara.

According to the history buff, the state’s Archaeology department dug up about a 1,000 Mysore rockets from Srirangapatna and Chitradurga. In 2002, more rockets were found in Nagara fort, a small town in Shimoga district. News reports on the find note that, as per archaeological records, the fort area in Shimoga was a part of Tipu Sultan's kingdom.

The rockets discovered in Nagara look like iron cylinders and weighed 1-1.5 kg. A farmer digging for water stumbled upon rocket casings on his land, in 2002. The casings were handed over to the Shimoga Shivappa Nayaka museum and identified as ‘shells’. It was only in 2013 that these were formally identified as ‘rockets’, said Olikara.

According to him, the rockets were cylindrical in shape and made of metal. There was also a brown-coloured substance like clay inside them. This substance absorbed heat and prevented the metal from burning out. The powder also prevented dampness, he said. Olikara concluded by saying that not many were aware of Tipu Sultan’s contribution to India’s military strength. “The British took away many rockets with them and later, used those as a blueprint to develop their own ‘Congreve’ rockets that were used in the wars against Napoleonic France,” he added.