When ‘My Fair Lady’ turned Kannadiga 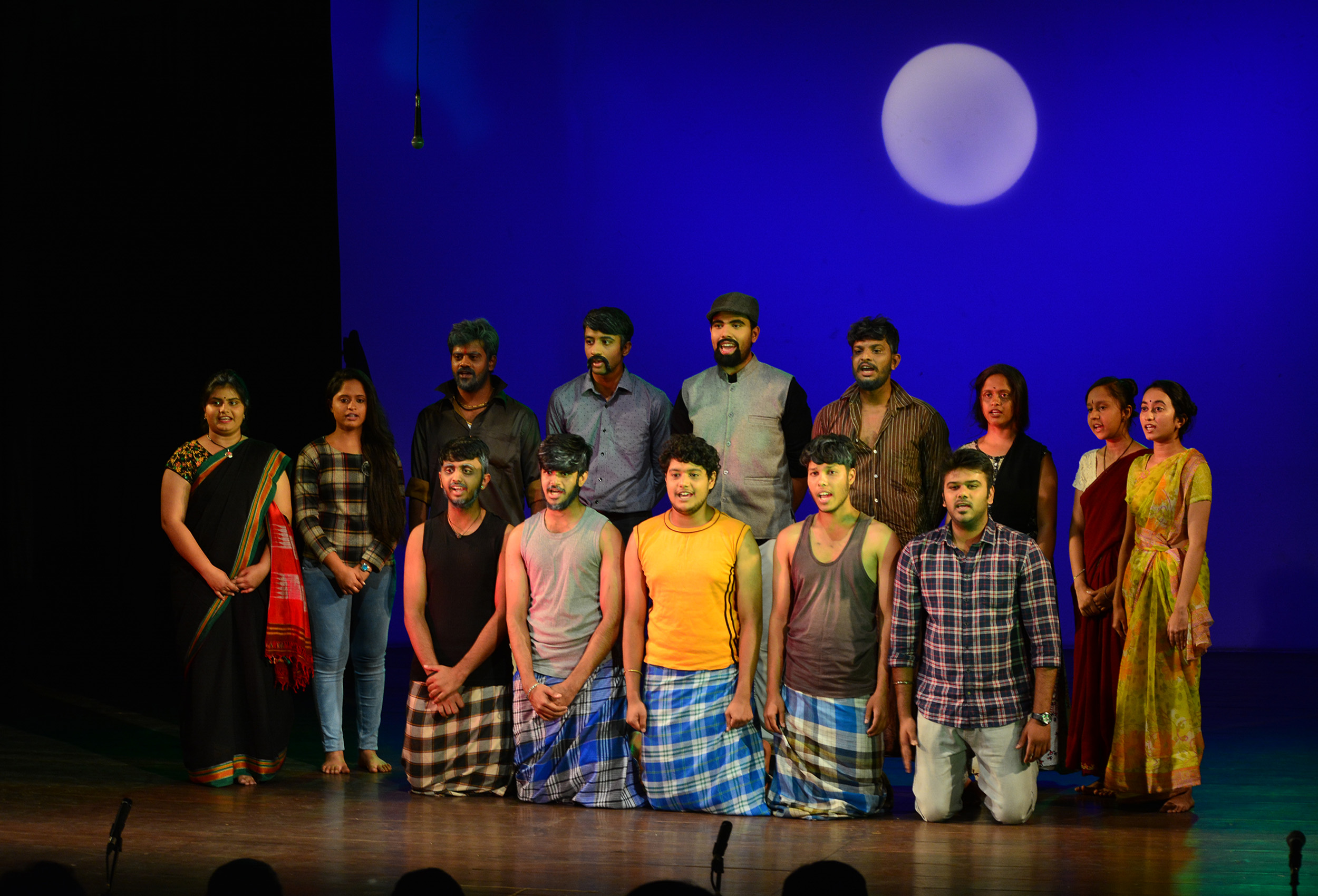 The commotion of Bangalore city centre, on a rainy-day during monsoon months, is the opening scene of Sevanthi Prasanga, the Kannada adaptation of My Fair Lady, a musical based on George Bernard Shaw’s Pygmalion. Written by Jayanth Kaikini, the renowned Kannada poet and lyricist, this drama is presented by the Rangarasadhare theatre group.

We live in an age of materialistic pleasures and prominence for physical appearance. How important are these, to get acceptance and opportunities to lead a better life? Does the choice of an individual to converse in a crude or a polished language, determine the respect he/she receives in the society? Will changing physical appearance make a difference in a person’s internal personality?

This is a story of Sevanthi, a young balloon seller confronting a snobby Kannada phonetic professor. At the beginning of the play, two songs based on rain act as a fun way of introducing all the characters in the play. Sevanthi from Tippe Cross, meets a possible customer for her balloons when she encounters a retired army Captain (who eventually sponsors her transformation). Overhearing their conversation is Professor Bhargav Shastri who appears to be making notes of the thick, expletive, colloquial language spoken by the girl. This leads to him taking up the challenge of transforming the local girl into a high society lady. Another prominent character is Sevanthi’s father, a drunkard who hardly cares or natures his daughter and instead depends on her for money.

As we go along, the narrative unfolds the changes in the lives of the protagonists. Does the professor succeed in the challenge?

The theatre group Rangarasadhare, consists of the present and past students from Sheshadripuram College, who connected because of a common passion towards performing arts. Director Vijay Kashyap, who also plays the lead role of a snobby professor, explains that the past students, all having a day job, meet every evening at six for rehearsals that sometimes last for more than five hours. “We are about two years old in the theatre scene. It is the love for acting that made us come together. Today was our seventh show of Sevanthi Prasanga. This play was first performed in 1992 by the theatre group Ninasam, directed by Atual Tiwari” he said. Recently they had a house-full show at Seva Sadhana. A special mention has to be made of the music group consisting of Puneeth, Abhishek, Akshaya-as vocalists, Ajay Kashyap on tabla and Akash Aiyappa as the rhythm pad player. Both Akash and Ajay also composed the music, enhancing the quality of the play.

My Fair Lady, the original musical was first staged more than six decades ago. While the plot of the story is the core element that is kept untouched, the Kannada adaptation has made certain changes, to make it relevant, keeping regional theatregoers in mind. Vijay clarifies “We have taken mild liberties of tweaking few words in the dialogs and songs to connect with the present audience. By large, this work of Kaikini Sir has been portrayed as it is. The value of the script and scope for acting and learning made us choose this classic play.”