Mr Sunil Jain, through his non-profit organisation Astha, has been promoting wheelchair tennis to help sportsmen and sportswomen across the country with disabilities. 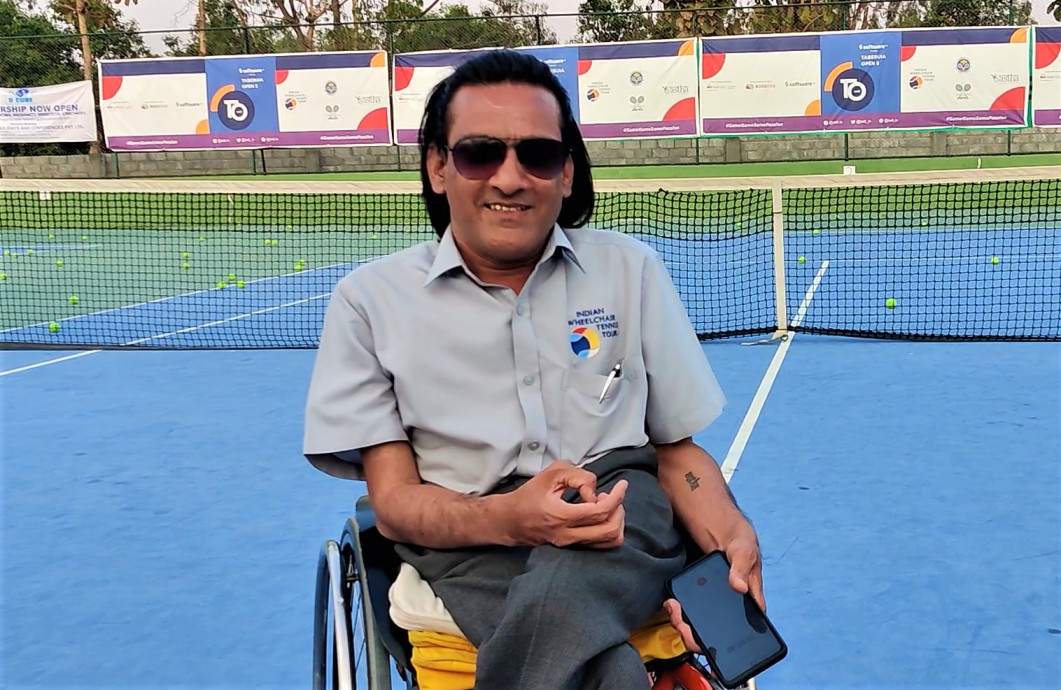 Bengaluru: Sunil Jain, a chartered accountant, founded Astha, a non-profit organization in 2013, to empower physically disabled people in the country. When he was two, he suffered a polio attack and has been bound to a wheelchair since then. The challenges faced by him while growing up are what led to the birth of this NGO. In 2016, he, along with Ms Priyanka Shylendra, a social entrepreneur, launched the Indian Wheelchair Tennis Tour (IWTT). This initiative has promoted the para-sport by way of hosting tournaments and enabling individuals to pursue the game at a competitive level. He is a recipient of the Karmaveer Chakra instituted by the International Confederation of NGOs that recognises people who think uniquely and act on ideas that make a difference in society.

Q: How did the concept of wheelchair tennis arise? When did the sport take its birth in India?
A: Brad Parks, an American acrobat skier, found this sport in 1972 when he was confined to a wheelchair after an accident. He got a new lease of life when he first hit a tennis ball sitting on a wheelchair. He began experimenting with tennis as a recreational therapy during his rehabilitation days. In 1977, he started promoting wheelchair tennis across the USA through camps and exhibitions. The growth of the game in Europe led the International Tennis Federation(ITF) to consider forming a world-wide organisation for the game. On October 10, 1988, the International Wheelchair Tennis Federation was formed.

Harry Boniface Prabhu, a quadriplegic wheelchair tennis player, brought the sport to India almost eight years after the formation of the International Wheelchair Tennis Federation. This Indian para-sportsman attended the World Wheelchair Athletic meet in 1996 in the UK. After returning to India, he took support from the Karnataka State Lawn Tennis Association (KSLTA) and started the Boniface Prabhu Wheelchair Tennis academy in 2000, which later merged with the All India Tennis Association(AITA).

Q: Why did you choose to develop and promote wheelchair tennis through your organisation?
A: We always wanted to focus on a para-sport as one of the mediums to help differently-abled people. We have chosen wheelchair tennis as it is not scientifically developed in the country. We are now working towards strengthening the foundation of the sport.

Q: What are the challenges being faced in promoting this sport? Is there any support from the AITA and the Union Government?
A: A sport in India is not considered an educational tool. It is just recognised as a medal-winning platform and for glorification. There are hardly any coaching academies that teach para-sports in the country. There are some infrastructural challenges to address. Hence, the grass-root development of the sport is at a standstill. Both the government and the AITA have not supported us in any way. I don’t think they have the vision to promote this sport in the country.

Q: How are you managing to get funds for training players and organising tournaments?
A: We have been receiving small individual donations and from corporates such as L&T and Software Edge. We receive donations from Rs 21 to Rs 10,00,000. We hope to get more financial assistance in the coming years.

Q: How are the rules in wheelchair tennis different from those of regular tennis? Who are the top-ranked Indian players in this sport?
A: There is just one change in the rules. The receiver can return the ball after the second bounce on the ground. There is absolutely no change in the net height and the dimensions of the tennis court. For this sport, the disability should be in the lower limbs. We follow the tagline, “ Same game same passion.”

Q: Are you planning to organise more tournaments and workshops in the coming years?
A: Every year we organise three tournaments including the Tabebuia Open. We conduct a workshop called the First Serve in which we select the best players from across the country. We train them for a year by providing all the facilities. We have conducted this workshop in some states including Maharashtra, Tamil Nadu, and Andhra Pradesh. We are planning to conduct it in ten other states this year.

Q: Are you optimistic about the future of this sport in the country? What kind of assistance are you expecting from the AITA and the Union Government?
A: I am confident, assertive, and declarative about the future of this sport. We will try our best to bring wheelchair tennis to the top. We aim to send our players to the next Olympics and other tournaments across the world. We must make this sport competitive just like other sports. We have hired a coach from the Netherlands who has been training and managing our players very well despite the inconveniences caused owing to the COVID-19 pandemic.

I demand some support from the Centre and the AITA. They must help this sport flourish in the best possible way. Even in the Union Budget 2021-22, not much has been allocated for para-sports. Apart from the AITA and the Union Government, I appeal to people, corporates, and sponsors to benevolently support wheelchair tennis for its continuous growth.