What do you get when you cross an HBO production with the touch of Nolan? - A recipe for a masterpiece. 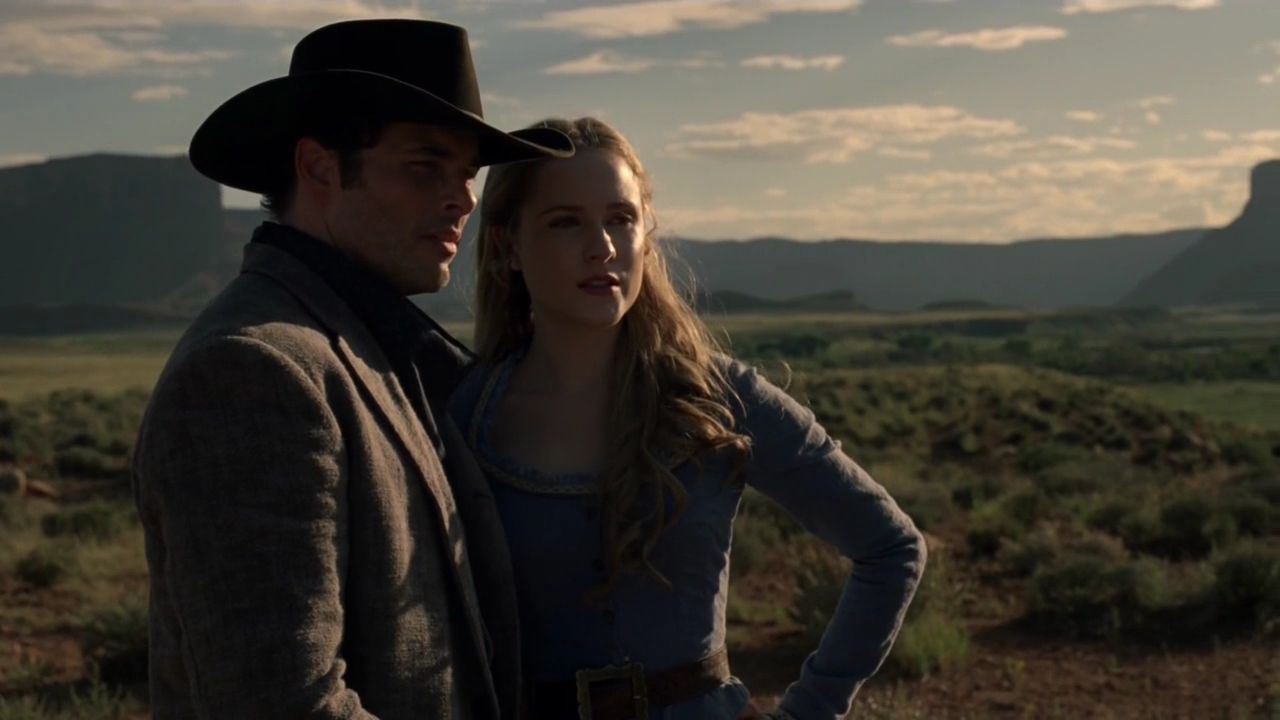 Westworld is a science-fiction/western drama coming straight from the mind of Jonathan Nolan and Lisa Joy. The series is based on a 1973 film by the same name. The majority of the story concerns the eponymous segment of a theme park, Westworld - a simulation of the American Wild West. The plot is set years in the future where humanity has managed to create artificial beings (called hosts) that are practically indistinguishable from human beings - both in personality and looks. These hosts occupy the aforementioned Westworld Theme Park, where they are programmed to fulfil the needs of the visitors. Each host has their own storyline and relationships that repeat in a loop each day. Think of it as a real-life video game, where the park visitor is the gamer who gets to jump into an open world full of characters that he can do anything with. The hosts are monitored by a team of engineers who have programmed them to be as life-like as possible.

Although the hosts are programmed to be incapable of hurting visitors, the first season shows the hosts developing consciousness and becoming aware of their reality, which then leads to a rebellion of these life-like robots against humanity. 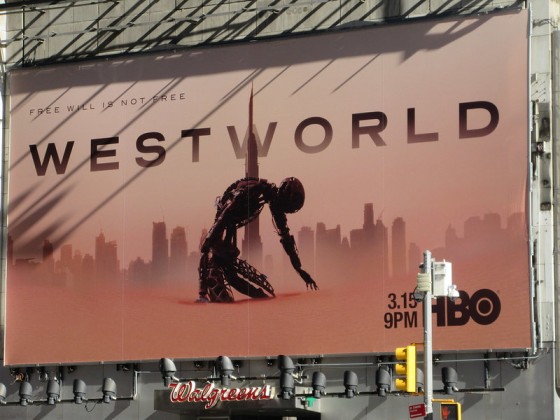 A Story Shrouded in Mystery
Westworld is a show no one would understand in one sitting. There is a host of characters (see what I did there), multiple timelines, and stories within a story. I had to watch the first season three times before I could move onto the next season. A star-studded cast spearheaded by Sir Anthony Hopkins, the first season is paced very moderately, as Nolan weaves his craft carefully for the audience. The first four to five episodes take you back and forth with the history of the park’s grim origin, the seeds of the rebellion being planted, and many stories involving the hosts’ life in the park.

Westworld never explicitly tells you which character you’re looking at on the screen is a human and which one is a host. The entire first season is shrouded with mystery when you look at the decisions that some of these characters take. You could be looking at two people who seem like the perfect couple, only to find out that you’re looking at two robots programmed to say ‘I love you’ at a certain time and place. You could see someone’s brains splatter on the ground after getting shot in the head, only for them to lay lifelessly as the team of engineers enter the park and reboot the hosts’ body and fix their head up. This brings me to my next point which is..

Plot Twists, Plot Twists, and Plot Twists!
When I found out that a Nolan brother had helmed this project, I knew that it wouldn’t have a linear plot. The Nolan minds tend to mess with people that watch their art (10 years later, I’m still debating whether the end of Inception was real). There are a plethora of plot twists at every corner of the story, and some that slowly develop throughout the seasons. If you’re smart enough and pay close attention, you’ll notice the foreshadowing of the plot twists slowly reveal themselves. But if you’re like me and don’t know what to expect, get ready to fall off your chair as you rub your eyes in disbelief at what you witnessed. You have been warned. 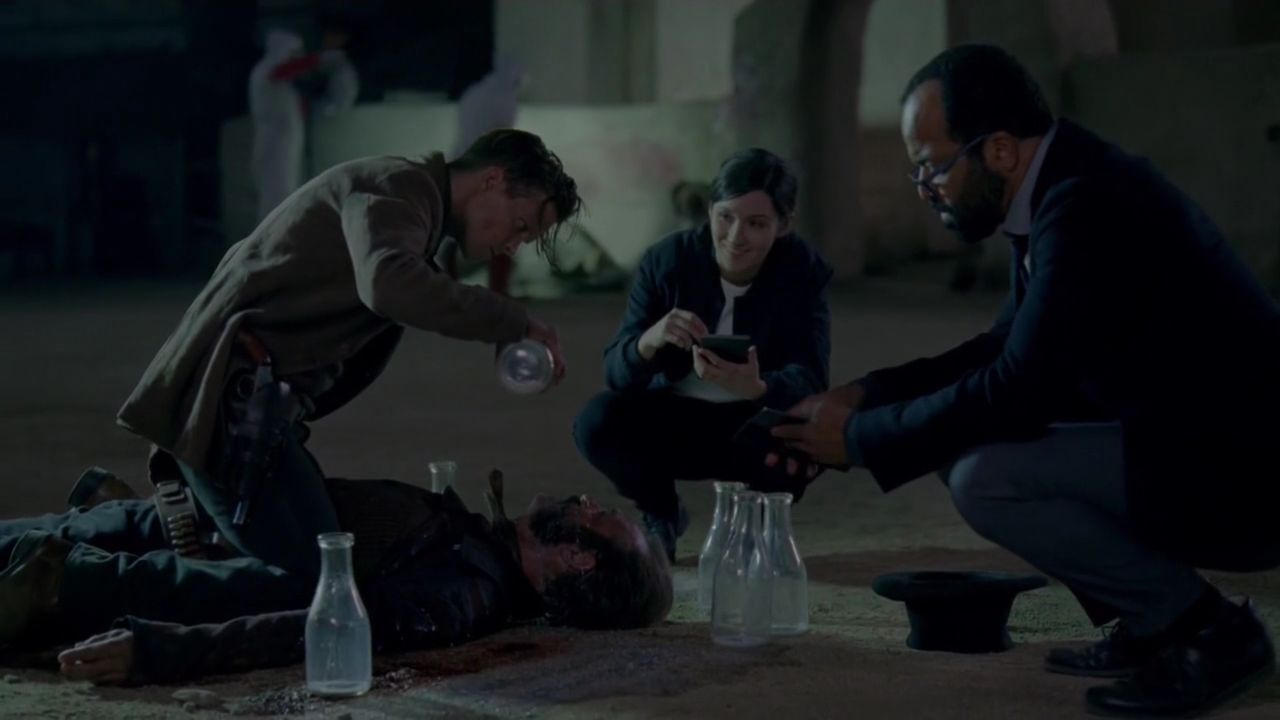 It All Falls in Place
You know that feeling when you’re about to eat a heavenly pizza and all the toppings are laid out perfectly? Westworld is just like that. The core story is supported by everything of an elite standard. The casting is phenomenal, with each actor portraying their respective role of human/host in a manner that leaves the viewers in ambiguity. Whether it be Sir Anthony Hopkins’ mad genius Robert Ford, the leaders of the rebellion Thandie Newton’s Maeve and Evan Rachel Wood’s Dolores, or even just one of the engineers - every character fits in place perfectly to hold up an already strong story. The visuals and art direction have been carefully curated, striking the perfect balance between a futuristic tech park and the western environment that constitutes a part of this park. And if things couldn’t get any better, the music is composed by none other than legendary composer Ramin Djawadi, who was also the man behind Game of Thrones’ iconic soundtrack.

Westworld is hardly ever talked about, because either people never got around to sticking with it because of its slow start or because people haven’t discovered this gem of a show yet. Westworld is a perfect blend of storytelling infused with violence that in a way, leaves the viewer confused. I do not recommend Westworld for casual watching, it is a show that must be savoured and be allowed to sink itself into your subconsciousness. Nobody will blame you if you start to question the nature of everything around you after watching the show … including yourself.