Water Conservation: Time To Save, Time To Pledge

A just-launched water conservation campaign has volunteers pledging to save this precious resource before it runs out. 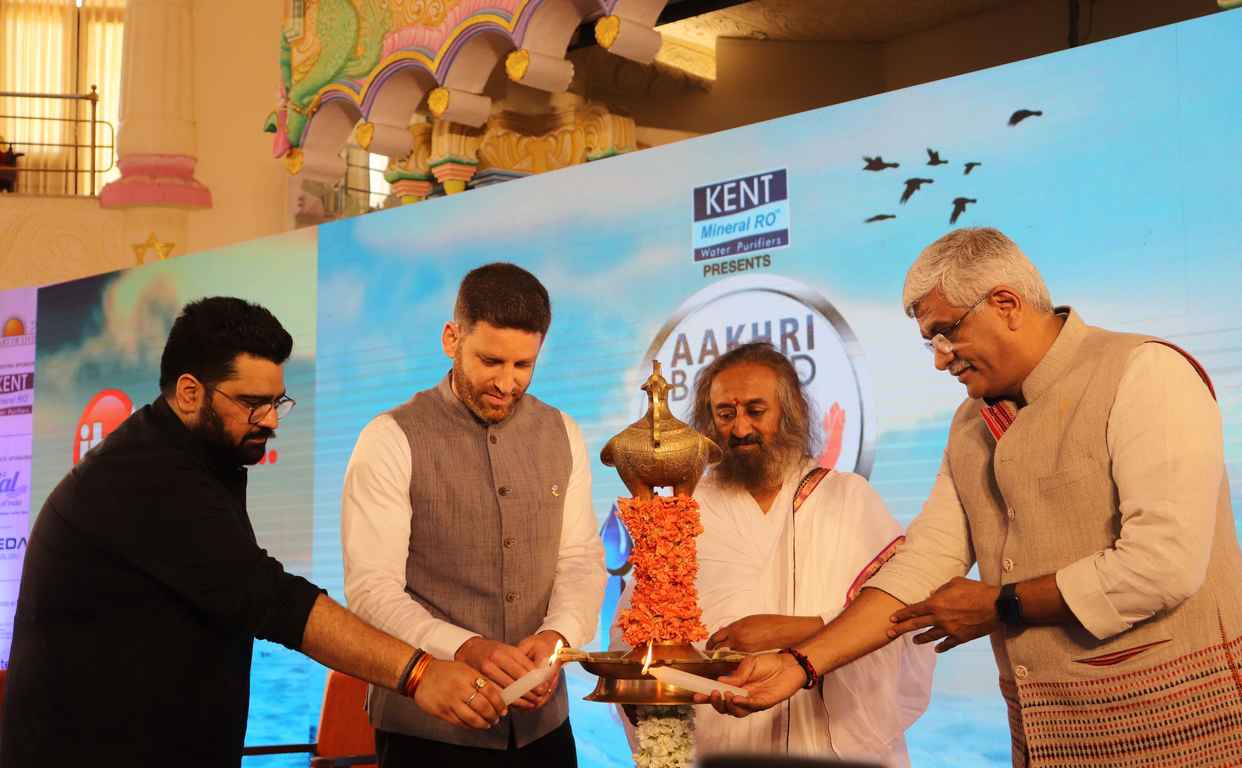 A mega water conservation campaign ‘Aakhri Boond’ launched by the media group, iTV Network, on December 16, aims to spread awareness on saving and conserving groundwater, rainwater, and water available in every form.

According to Kartikeya Sharma, Founder & Promoter, iTV Network, this campaign has to become a people’s campaign. “Given the current situation, every drop needs to be treated as the last drop, only then will water conservation become a reality in a huge country like India. It should start at our homes, where we waste water in the kitchen, shower, and, while watering plants,” he said. Mr. Sharma also urged people to use innovative ways to further the cause of water conservation.

Sri Sri Ravi Shankar, a spiritual leader and founder of the Art of Living Foundation (AOL) spoke about how in 2016, AOL organised a world cultural festival next to the Yamuna river. “The aim was to make attendees aware of the alarmingly polluted situation of the Yamuna river. Only if rivers like the Yamuna and Ganga are clean, will the entire nation’s water be clean. We pollute the water all around us mindlessly. Bringing about awareness is very important in society,” he said.

Will the next World War be over water? When has water conservation ever been an electoral issue in India, even though it is today, a matter of life of death? These were questions raised by Tejasvi Surya, Bangalore South MP (Member of Parliament). He stressed that people should demand accountability from their public representatives on delivery outcomes. “The challenge now is all about better management of the available water to overcome the water scarcity problem,” he added.

Bangalore, which has no natural water sources, expanded because of it’s lakes, speakers noted. The same lakes are now dying a slow death due to rapid urbanisation. The sad part is that the lakes have now become sewage collection areas in Bangalore city.

Sri Sri Ravi Shankar stated that the water table has gone below 1200 feet in several regions in Chikmagalur. “Our team worked to rejuvenate the Vedavathi River. But any such effort must involve the state Forest Department too. Today, there are non-native trees planted across India. These must be replaced by native species,” he stressed.

Healthy lakes and other water sources not only provide us with many environmental benefits but also influence our quality of life. They lead to better flood and drought management too. Lakes also work to replenish groundwater, positively influence the water quality of downstream watercourses, and preserve the biodiversity and habitat of the area.

However, today, urban areas of our country are reeling under water scarcity. Hence, it is essential to implement effective rainwater harvesting methods, augment water resources and involve every citizen in using water judiciously.