This 90s masterpiece still holds a strong cult following even over 30 years after its initial run. 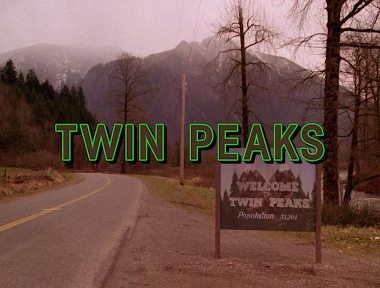 Twin Peaks is a mystery-thriller television series produced by David Lynch which aired from 1990-91. The series follows FBI Agent Dale Cooper who finds himself in the small, tightly-knit town of Twin Peaks, solving the mysterious murder of Laura Palmer.

How Is It Different?
The show initially presents itself as a seemingly simple cat and mouse story where the authorities work against time to stop the killer who is on the loose. But after a few episodes set the tone of the story and slowly unravel the stories in the town of Twin Peaks, it becomes evident that not everything is what it seems and that there is a greater, more sinister force at play.

The show is different from any other crime-thriller series that I have watched because it simply isn’t just a crime-thriller. Everyone who starts watching the show thinks that they are only invested in the murder of Laura Palmer, but then the show, and David Lynch’s creative mind, start bringing in elements of surrealism with a touch of the supernatural. These are not full blown-out supernatural elements like ghosts and spirits. Twin Peaks is not a horror show; it’s a crime-thriller at heart. Yet, a few aspects of the series that deal with supernatural elements are very grounded and not over the top - like the existence of a supposed hell and heaven within the town of Twin Peaks, possession of the soul, doppelgangers etc. Thus, the viewer always treads a thin line when they watch the show, asking themselves: “What is normal in Twin Peaks and what is not?”

"Cooper, you may be fearless in this world, but there are other worlds." - Deputy Hawk.

What Makes It A Must-Watch?
The biggest reason why I’d suggest people watch this show is because of it’s Lynchian style of film-making. Lynchian comes from the legendary director and producer David Lynch’s trademark filmmaking style, which ‘lexico.com’ defines as “juxtaposing surreal or sinister elements with mundane, everyday environments, and for using compelling visual images to emphasize a dreamlike quality of mystery or menace.”

If Lynchian elements don’t appeal to you and crime thrillers are not your thing, this show still offers a lot in terms of its humour and meme-worthy scenes that are used even today, 30 years since its original run. 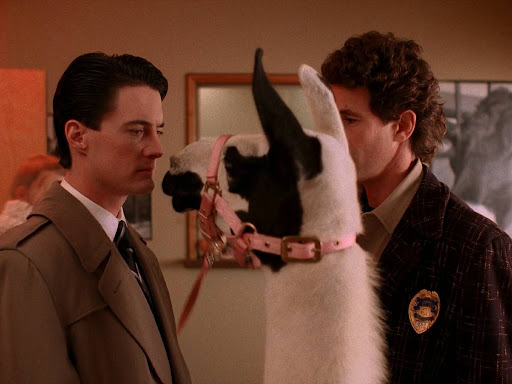 Dale Cooper, Sheriff Truman and … a Llama. | Used under Fair Use

The residents of this small American town also complement the overall weirdness of the story. One of the characters is a woman aptly named ‘Log lady’ for she talks to a piece of log she carries everywhere with her. Infidelity is very common among the residents of Twin Peaks as, right from the pilot episode, we get to see so many intertwined romantic encounters that it becomes comical at one point. These little things distract the viewer from the fact that they are actually watching a story about a gruesome murder of a young teenager and also makes for some nice relaxing fun when the characters in the show are not talking about dead bodies, murders, domestic abuse, and prostitution. 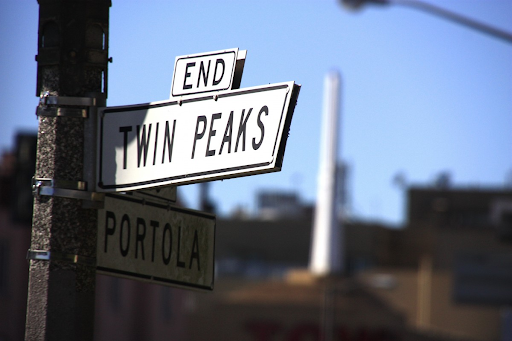 Overall, this show has taught me that there is always a deeper meaning behind things, as on the surface, it’s a show with a simple premise. But there is so much more to it than meets the eye. It has completely changed the way I watch television shows now because I’m always looking out for little details that might have been cleverly left by the director. It has also introduced me to learn to take serious and gloomy issues with a touch of humour, as the residents of Twin Peaks do.