The country’s aviation industry is expected to face a strong headwind in the coming weeks owing to the adverse impact of the pandemic. 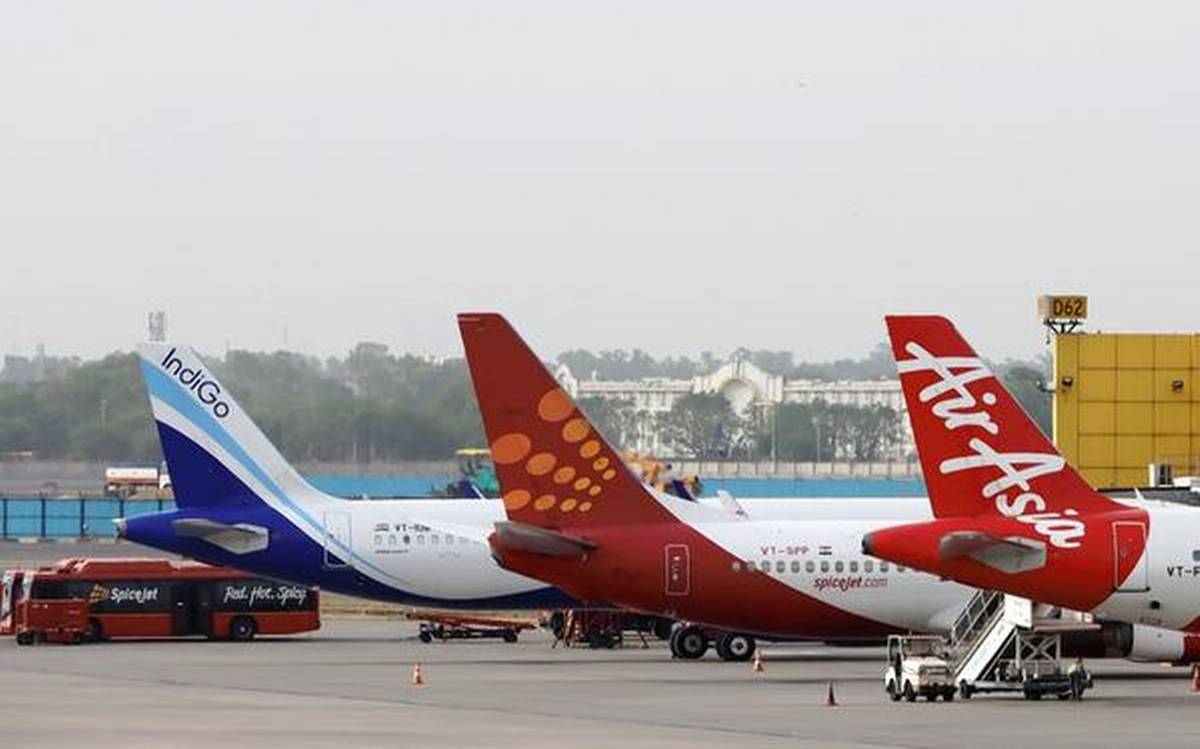 The COVID-19 pandemic has been battering the Indian aviation industry. Since its outbreak in the country last year, there has been a steep decline in passenger traffic and the airlines are now uncertain about reaching their pre-pandemic business levels. Flight crew and the ground staff are unable to bear the brunt of job losses and salary cuts. With the crisis worsening across the world, leading to flight bans, the country’s aviation market is expected to face a strong headwind in the coming weeks.

The Union government has ordered a ban on international flight travel till May 31. Domestic airlines are permitted to fill 80 per cent of their total seating capacity. Several countries including the USA, Britain, Indonesia, Hong Kong, New Zealand, Singapore, UAE have suspended flights to and from India till the end of May. However, Australia carried out its first repatriation flight service from India on May 15 with 80 passengers on board. India has also signed air-bubble agreements with 27 countries where special flights carrying life-saving medical devices will be operated.

The report, ‘Key trends in Indian Aviation in FY2022: Impact of the second wave’, said, “Most airlines were running under losses because of maintaining poor balance sheets and liquidity. The pandemic has worsened their business performance. There has been an increasing burden of debt on most of the carriers in the last few years.” The statistics reveal the average number of daily flyers weekly has fallen considerably. For the week that ended on April 17, the daily fliers were 1,93,000; for the week that ended on April 24, it fell to 1,52,000 and for the week that ended on May 1, it was 1,26,000. The previous year’s report elucidated that the Indian airline industry would lose around $6 billion in the financial year (FY) 2021. Nonetheless, the report said that IndiGo will be the sole survivor in terms of business operations owing to its strong balance sheet.

SpiceJet has cut 50 per cent of salary for all its employees citing pandemic reasons. Despite airline crew signing online petitions for a hike in their salaries, most of the employees are still underpaid.

One of the pilots of SpiceJet complained that flight captains with over three years of work experience earned around Rs1.5 to 1.8 lakh a month from their earlier income of Rs 5 lakh. But SpiceJet's spokesperson said that instead of salary cuts they had initiated only graded salary deferrals from the current year.

The pilots of Air India have threatened to stop working if the company fails to start vaccination camps across the country. However, the company’s plan to vaccinate its flight crew by May 31 may not be successful because of the vaccine shortage in the country. The Ministry of Civil Aviation has advised all airlines and airports across the country to set up vaccination centres for aviation employees. Airlines such as Vistara, IndiGo, and SpiceJet have started vaccine rollouts for their staff. But the vaccine expedition process will be delayed till a sufficient number of vaccine doses are available in the market.

IndiGo is setting up a 13-bed covid care centre in Gurugram in collaboration with Columbia Asia hospital to treat its employees. Mr Raj Raghavan, Senior VP and Head of Human Resources, IndiGo, said, “We hope that this facility will help our employees and their families in these challenging times. All of them have shown exemplary grit, resilience, and empathy in this current scenario.” The company has come up with ‘the wellness corner’ mobile application and 24x7 doctor consultation services in partnership with Truworth health technologies as a part of one of its initiatives, Mr Raghavan added.

The Wadia group-owned airline, Go Air, has rebranded itself as Go First and has promised cheaper fares and safe passenger operations amidst the pandemic. The airline is planning to raise upto Rs 1500 crore by a pre-Initial Public Offering (IPO), which will help the company clear its debt. This will also result in more cash infusion for the airways to tide over the current crisis.

India was inching closer to become the third-largest air passenger market by 2024 overtaking the UK, and the aviation industry was expected to attract Rs 35,000 crore investment in the next four years. But the second wave of the pandemic has clipped the wings of the sector despite a slight improvement in its business during the last few months of 2020 and early 2021.

According to CAPA India’s aviation report, the Indian domestic aviation industry could operate with just two or three major airlines if the present situation clearly signalled turbulence ahead.