The latest survey offers a ray of hope for resolution of the long-standing disputes over land. 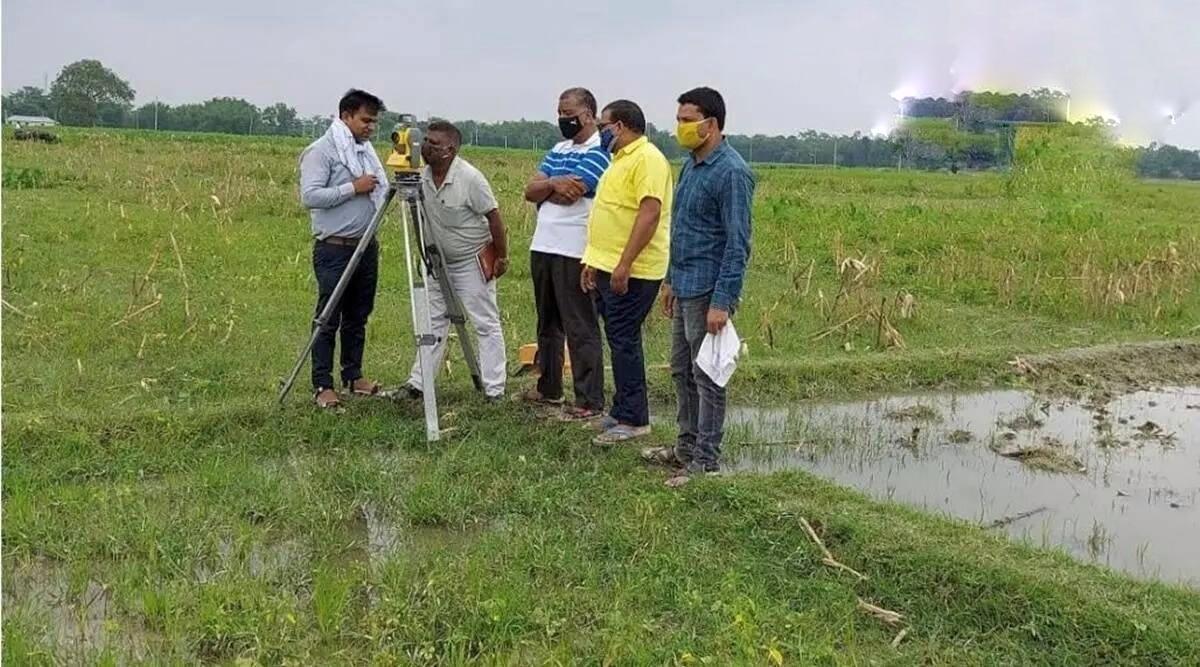 60% of murders in Bihar happen over land disputes. Credits: The Indian Express

After 108 years, a district court in Bhojpur, Bihar, finally rendered a decision in a case involving a land dispute in May of this year. This implied, without a doubt, that the matter has been ongoing since colonial times. According to the 'Access to Justice Survey' conducted by the legal think-tank DAKSH, 67% of civil lawsuits in India involve land or property issues. Twenty-five per cent of all cases decided by the supreme court, according to the Center for Policy Research (CPR), include land conflicts.

Uncertain and disputed property parcels have long been a hindrance to effective government administration and commercial investment. Nationwide efforts to digitise land records have been ongoing for years, but they have always run into issues. But out of all the states, Bihar has been the most severely impacted by the "bloody" blows that can be attributed to the landmine. Land ownership and competing claims about it have been the state's main cause of an ongoing unfavourable show regarding law and order. Due to disputes over property or land, Bihar has recorded the highest number of murders for three years in a row. 635 killings—or 59%—of the state's 1081 reported murders in 2021 were linked to land disputes. Uttar Pradesh with 227 cases finished a distant second, whereas Maharashtra stood third with 172 such cases. As per National Crimes Record Bureau (NCRB), in 2019, Bihar alone recorded 45% of deaths and injuries in India arising out of land or property disputes.

Land as a Status Indicator

Landlocked and impoverished, Bihar lacks a significant industry. More than 88% of the state's population, as per the 2011 Census, reside in the hinterland. The populace still relies heavily on agriculture. A significant area of the state is quite vulnerable to flooding. 17% of the flood-prone areas in the nation belong to the state. Purvi Champaran, Paschimi Champaran, Darbhanga, and Muzaffarpur, among other North Bihar districts, frequently experience the wrath of floods. People are compelled to move to elevated highways and embankments in order to escape rivers like the Kosi, Bagmati, and Gandak coming from the high regions of Nepal. The "worth" of land couldn't be higher given the threat and the numerous effects of repeated flooding.

Land serves as the main determinant of social standing in Bihar due to the limited chances for socioeconomic mobility. And one of the reasons casteism is still pervasive in Bihar is due to a small number of upper-caste individuals owning vast tracts of land. His or her status is thus directly related to land ownership.

Roots of the Problem

Land disputes are a threat in Bihar, and they have historical roots. The colonial government's implementation of the Zamindari system in the area led to the concentration of land ownership among a select few (from the upper caste). The system, which Lord Cornwallis instituted under the Permanent Settlement Act, made Zamindars the landowners and granted them the authority to levy taxes on the peasants. The unequal distribution of landholdings persisted even after the Zamindari system was abolished in 1950. Too few still had too many possessions.

When Gandhian Vinoba Bhave launched a nationwide campaign in 1951 to convince wealthy landowners to voluntarily donate a portion of their property to the landless, many people in Bihar abandoned their numerous land claims. They were never sufficient to end landlessness or significantly lessen the disparity in holdings, though. By the end of the 1950s, the Bhoodan Movement had likewise lost its lustre. According to state government documents, more than 50% of the land was never able to be reallocated for a variety of reasons. Investigations are being conducted into claims of irregularities in the current distribution of those land plots.

The state's failed attempts at land reform are a significant factor in the continuation of a feudal system. Following the declaration of independence, the newly drafted constitution gave governments the authority to initiate and carry out land reforms. However, outside of the left-ruled states of Bengal, Kerala, and J&K, land reforms were largely a distant reality. Due in large part to the upper caste-centric politics of the Congress, which dominated the state for several decades from independence until the ascent of socialist politics, Bihar was mostly unaffected.

The evolution of the sociology of the institution of the family over time has also had a significant role in the rise of land property lawlessness. Joint families are becoming less common, and a divided home practically guarantees a dispute over issues of inheritance and the division of a valuable asset like land. The majority of land disputes involve brothers and cousins from the same family or extended family.

In the state with the highest population density—1,106 people per sq km—the average size of landholding has gradually shrunk to less than 0.1 acres.

The people's use of land transaction etiquette also doesn't help the situation. A buyer will typically purchase a plot of land, pay stamp duty to register it in his name, and avoid dealing with bureaucratic red tape by not having the mutation completed. As a result, the revenue department records do not reflect the change in land ownership. A mutation certificate establishes the transfer of ownership and updates official records, but it is not legally binding.

According to the Bihar Police, land disputes are the cause of 60–70% of homicide cases and over 40% of all cognizable offences. Other significant factors include the roles played by land mafias and their connections to local officials. Furthermore, the lengthy legal process encourages parties to take the law into their hands.

The state government has taken a number of actions over the years to reduce crimes brought on by illegible land records. The Deputy Collector Land Reforms (DCLR) were given the authority to handle title suit matters by the Bihar Land Dispute Redressal Act of 2009, which also established Bihar Land Tribunals. After lowering the then-current circular rate of 8%, the government proposed a minimum amount of 100 rupees as a token cost for land registration in 2018. Last year, in 2021, the government asked authorities to engage Chowkidar, Post-men, and ASHA (Accredited Social Health Activist) workers among others to keep a check on any brewing land scuffle at the local level and report to senior government officials. They would be helpful in resolving cases in their primitive stage itself as the administration believed 60% of them could be settled amicably.

A new step has been added to the chain of actions taken to resolve the land issue. The idea of a dynamic map for villages has been introduced for the first time in any state. Every time there is a change in land ownership, the map will be updated. The state government says that the transfer of land will now involve both textual and visual mutation. Authorities claim that ongoing aerial photography has a high degree of picture accuracy, enabling the identification of even minor land holdings. The Khesra maps that are currently on hand were created in 1915, and do not accurately depict the situation today. In more than 20 districts, the special surveys are nearing completion, and the chief minister will shortly make them public.