The classical dance form, Bharatanatyam, has influenced people around the world. Read on to find out how love for this art form has inspired a French-Swiss dancer to popularise this art in different parts of the world. 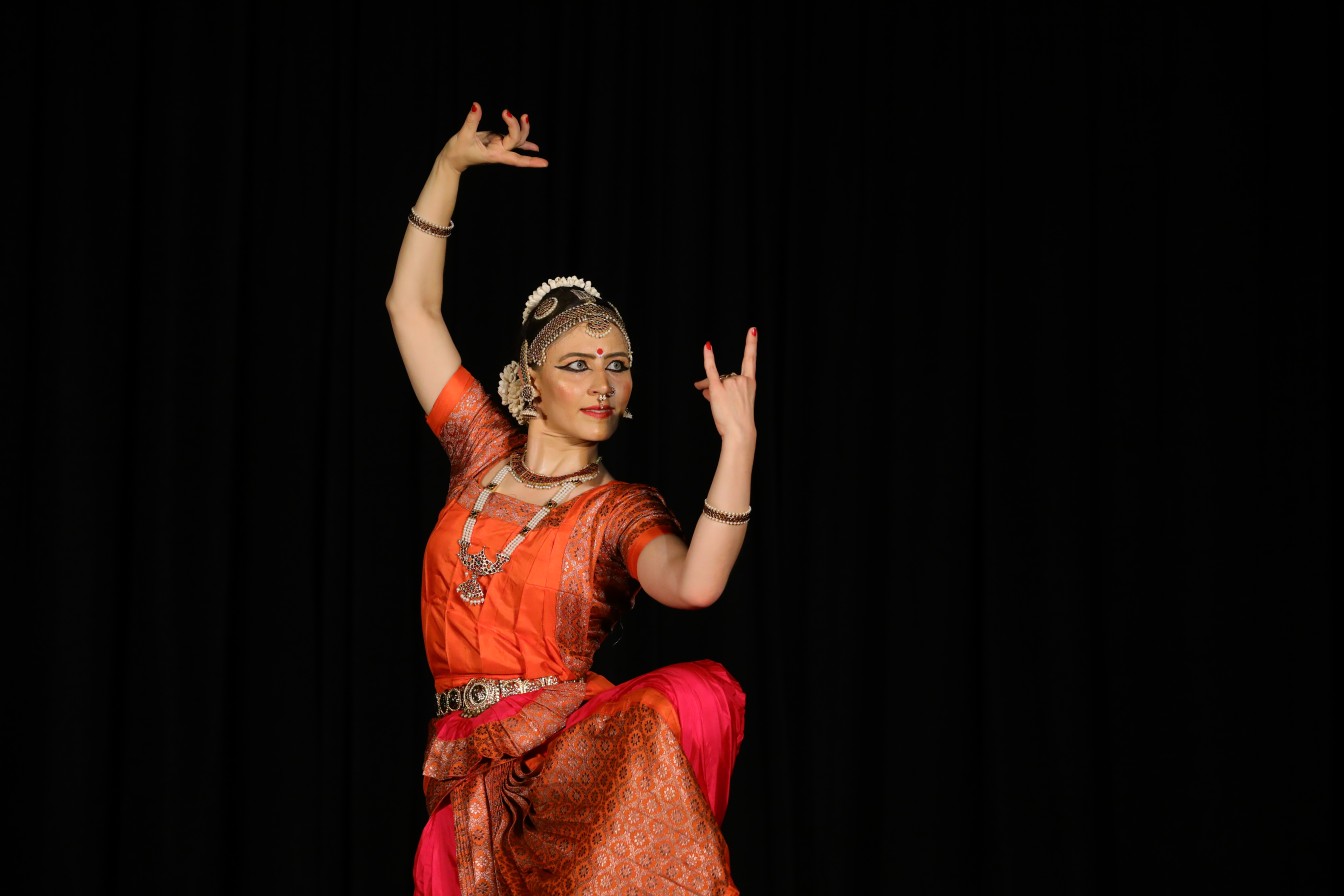 Traditional art forms have admirers across all age groups and backgrounds: this was proved yet again by an audience gathered at Alliance Francaise in Bengaluru on Friday, January 10. Bharatanatyam enthusiasts had come from different parts of the city and the world to witness the dance recital by French-Swiss performer Laetitia Sieffert.

Ms Sieffert discovered Bharatanatyam during her first visit to India in 2009. Thereafter, she began learning Bharatanatyam under Shri Hemnath Pillai in Chennai, continuing to practise under the guidance of French dancer Malavika Klein, after she moved back to Paris. She presented her arangetram, or debut performance, in 2016, and since then, she has performed in several cities and events including the Centre Mandapa, Paris in 2017, the Switzerland Tour of JALA in 2018, as well as in Bengaluru, Mysore and Davangere.

She continues to dance under the guidance of Guru Smt Sujatha Venkatesh, while working in the External Relations Unit at the World Health Organisation/Unitaid in Geneva.

Clad in traditional Bharatanatyam attire, Ms Sieffert began with a Pushpanjali, a divine offering of flowers that pays homage to Lord Nataraja and other stage gods, gurus, the audience and Mother Earth. The second piece was the Padam - Aaananda Natamiddum that described the graceful dance of Lord Shiva at the Chidambaram golden temple.

The Varnam that followed depicted the love triangle between Lord Murugan, his wife Deviyani and the hunter’s daughter, Valli, displaying the changing emotions of Deviyani, who is angered, pained and dejected by Murugan’s unexplainable love for Valli, and awaits his return so she can teach him a lesson. Following this was a 10-minute Devaranama - Baagilanu Teredu composed by Saint Kanakadasa, which talks about the glory of Lord Vishnu through episodes of the deity coming to the rescue of his devotees. The performance ended with a Thillana, the concluding piece in a Bharatanatyam repertoire.

“It was mesmerizing, and the most beautiful thing is a Westerner performing an Indian dance form with such grace and excellence. It was a pleasure and a privilege to be here,” said Mr Anand Srivastava, managing trustee of Gramsci Foundation.

Bharatanatyam in the modern world

What is the relevance of Bharatanatyam in today’s world? “Bharatanatyam has evolved and survived through the decades, and I believe it will continue to do so. I believe it will remain an art form which transmits and explores the meaning of Indian myths and transcends issues of our society and generation,” Ms Sieffert says.

When asked about the comparisons that are drawn between modern dance forms and traditional ones, she thinks “it is not a simple question of old/new or tradition/modernity. Both forms intend to reflect on the boundaries of the human and divine, the existential questions of human being, and the medium of dance as an aesthetic and a mean to touch the audience.”