To Kill a Mockingbird - A Life Lesson

In the 21st century, the book remains highly relevant and acts as a teacher. 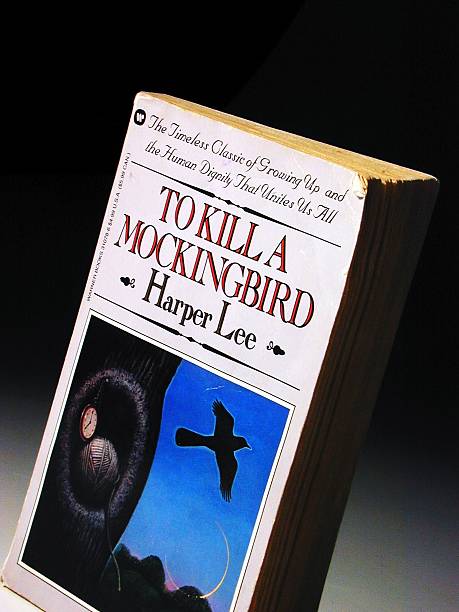 Authored by Harper Lee, To Kill a Mockingbird has been held in the highest regard for almost 60 years. The book, in the simplest of ways, acts as a rule book for real society - which is why it remains relevant in the 21st century. The book deals with the themes of bravery, morality, privilege and highlights a flawed system of racism that continues to exist today.

A Flawed System Stuck in the Past


‘Stop the steal’ echoed across the streets of Washington DC as a violent mob prepared to storm through the gates of the Capitol building. The mob included men and women who decorated themselves with the colours of the American flag, all while using flag poles as their weapons. Predominantly white supremacists were fueled with the hope and desire to stop the house of Congress from declaring Joe Biden as the 46th President of the United States of America. This ‘assault’ on the oldest democracy in the world was the Insurrection of January 6th.

This mob brings to mind an incident from the book, ‘To Kill a Mockingbird'. The incident flows along the lines of how a mob led by “men dressed in overalls” marched to the jail at Maycomb County, hoping to attack and kill Tom Robbinson, a black man who was wrongly accused of raping a member of the white community. The mob, much like the thousands who were a part of the insurrection, decided to take matters in their own hands to stop democracy from prevailing. The mob at Maycomb Society was based on fiction, yet it foreshadows the incidents of the real world.

While walking her dog through the green landscape of the famous Central Park, Amy Cooper called law enforcement on Christain Cooper, an African-American. She claimed that “the African-American man was threatening her life.” Christain, who was minding his business, on the other hand, was quick and recorded the hysterical breakout and accusations made against him. The incident took place during the Black Lives Matter protest.

This can be linked to one of the plots in the book where Tom Robbinson was wrongly accused of raping Mayella Ewell by the white community. He was wrongfully convicted by the jury. While looking at contemporary examples, during the George Floyd trials, many in the society were out to find faults in his character, and justify the kneeling act of the police officer. The resemblance is uncanny.

The book hence portrays the deep-seated racism which exists in society, and which continues till day in the United States of America. The book throws light upon how the African-American community can be victims of injustice and also portrays the system of discrimination that, in real life, is fed to each generation from the time that they could pronounce words.

The Use of Privilege


“The truth is this: some n* lie, some n* are immoral, some n* men are not to be trusted around women—black or white. But this is a truth that applies to the human race and to no particular race of men. There is not a person in this courtroom who has never told a lie, who has never done an immoral thing, and there is no man living who has never looked upon a woman without desire.”

Defying the system installed in Maycomb Society, Atticus Finch, a well-respected and educated man, decided to defend Tom Robbinson in court. He used his white privilege to help the suppressed members of society. His children were insulted and attacked. People spat on his face but it did not deter him from his goal, for he knew the harsh reality of his society and vowed to stop it by helping one black man. He questions the flawed system and brings to attention that every man or woman is equal. He is proof that not all white Americans are racists.

Atticus’s character also communicates that if you realise, understand and use your privilege to help minor sections of society, the world can truly be a better place.

The True Meaning of Courage
The lesson and theme of bravery remain constant throughout the book. But one incident stands out. It revolves around how Mrs. Dubose, the mean old lady from down the road, overcomes her addiction to morphine, days before her death. Atticus exposes his children to this event because he wants them to understand “what real courage is, instead of getting the idea that courage is a man with a gun in his hand.” He believes that real courage shines during the toughest of times and courage is “knowing you're licked before you begin but you begin anyway and you see it through no matter what.”

The outbreak of Covid-19 is a prime example of the kind of courage Atticus is talking about - the courage shown specifically by the medical fraternity. They entered unknown territory, with no knowledge of the future, and risked their lives to see people through the end of each dark tunnel. They did this with care and compassion, and a “gun” never made it to the picture.

The Act of Kindness
Scout Finch, the daughter of Atticus Finch, extends a hand of friendship to their neighbour Boo Radley, a neglected and degraded member of Maycomb society. She humanizes his character, treats him with respect and feels guilty when she realizes that they never gave Boo Radley anything, because “neighbours bring food with death, and flowers with sickness.”

With this same kindness, Scout manages to tame the mob outside the county jail, going to show that in times of difficulty and hate, kindness can win over the coldest of people. The theme of kindness prevails in several places of the book, rather it holds the book together.

Sin to Kill a Mockingbird
In one part of the book, the Finch children play with rifles and Atticus warns them saying that it is a sin to kill a mockingbird. Miss Maudie, a good neighbour and friend to the Finch family, goes on to explain why. She says, “Mockingbirds don’t do one thing but make music for us to enjoy. They don’t eat up people’s gardens, don’t nest in corncribs, they don’t do one thing but sing their hearts out for us. That’s why it’s a sin to kill a mockingbird.”

Mockingbird serves as a symbol of innocence through the course of the book. Tom Robbinson and Boo Radley are referred to as mockingbirds. They were innocent folks who caused no wrong in society. However, they became scapegoats to the aggression of society and were subjected to cruelty. Keeping this in mind, George Floyd, and all those who have been victims of harsh societal methods, are mockingbirds.