Through the eyes of the proletariat

A chronicle on the life of the deprived in the city of power and pomp. 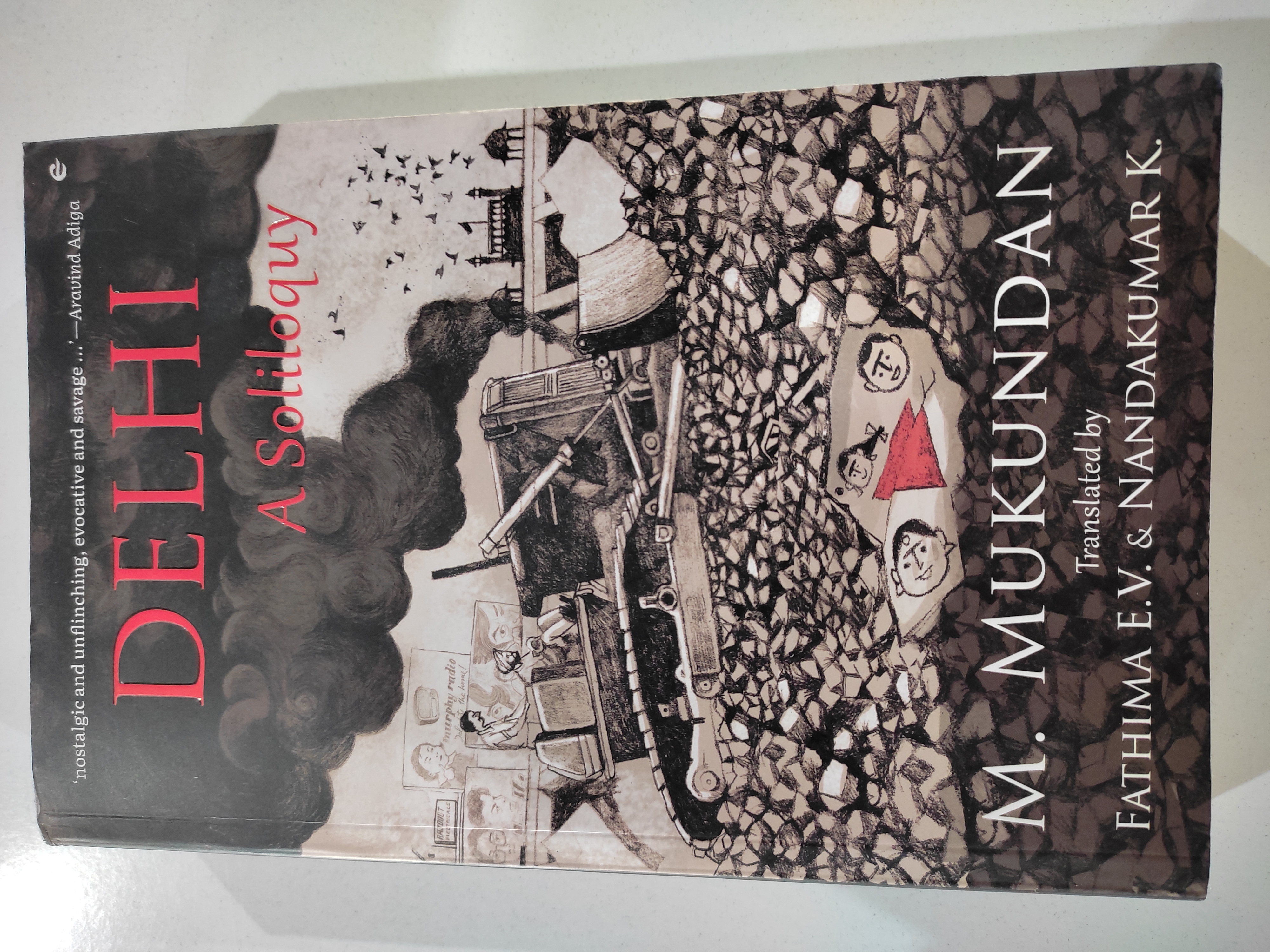 M. Mukundan’s magnum opus, DELHI—A SOLILOQUY, which has won the 2021 JCB Prize for literature(India’s biggest) is a no-holds-barred portrayal of the underbelly of Delhi through the lives of the ordinary.

Although the novel’s prominent characters are the Malayali migrants who have made Delhi their home, its main focus is the life of the underprivileged in the city of mansions of the traditionally rich and the ultra-modern apartments of the nouveau riche.

The novel captures 60 years of the postmodern history of India from 1959, when the narrator, Sahadevan, a novelist in the making, arrives in Delhi to work in a small company engaged in export business. The high points of history have been unhesitatingly said all along the novel through the eyes of the proletariat: young Devi who works in the Central Secretariat after her Left union leader husband suddenly dies when his favourite Chinese leader, Zhao Enlai, orders military attack on north-eastern India in 1962; Kunnikrishnan, a journalist, who becomes a victim of the 1975-77 internal Emergency under the extra-constitutional authority of Sanjay Gandhi, the then Prime Minister’s younger son, and Lalita, his wife whose yearning to have a child remains unfulfilled; Vasu, a reclusive painter, who is mistakenly taken to be a Sikh and burned alive during the genocidal attack on the Sikhs when Indira Gandhi was assassinated on the morning of October 31, 1984; Kunhikannan, a Naxalite sympathiser who was done to death by the security forces and his daughter, Janakikutty, a JNU scholar who lives her life on her own terms; Devi’s son, Satyanathan, who becomes a successful and high profile journalist; Vidya, Devi’s daughter who falls in love with a Delhi boy whose rich and influential father has a hand in her assumed death.

Malayalis form the majority of the characters in the novel, whose travails are also those of the poor and the lowly of Delhi city. Uttam Singh, a carpenter whose elder daughter falls in love with a well-to-do Sardar and marries him without a dowry is the victim of constant harassment of her in-laws. The girl, Jaswinder, finally falls prey to the marauders who massacred men and women of her community on the day Indira Gandhi was assassinated. Her younger sister, Pinky, is saved from a similar fate by Sahadevan, and this part of the novel is perhaps most touching and evocative.

The devastation at Turkman Gate in Old Delhi, where the poor people lived during the Emergency is so poignantly described that those who were witness to that dastardly action by the Delhi Development Authority can relive the entire episode in the pages of DELHI —A SOLILOQUY.

The merit of Mukundan’s novel lies in the near-perfect detailing of all those historical milestones that figure prominently, be it the liberation of Bangladesh in December 1971 and the consequent exodus of East Pakistani refugees into India, particularly Delhi; the Emergency excesses; the anti-Sikh guided riots during the three days after Indira Gandhi’s assassination; and more importantly the changing profile of the great city.

Mukundan portrays life in absolute reality: Sahadevan’s sister, who is waiting for years for her brother to square up enough money for her jewellery and wedding expenses, finally writes to him: “I am no longer of marriageable age. How come you, who always worry your head off over other people’s problems, do not think about me? Should I not give birth to a child? Should I not become a wife and a mother?”

The novelist has shown his intimate knowledge of the changing trends of life in Delhi and reflects on every nook and corner of the city, particularly Old Delhi, its culture, food, habits and distinct way of life.

A must-read for a lover of literary fiction, DELHI – A SOLILOQUY will remain a landmark in modern Indian literature.

M. Baba Prasad is the Director of the Postgraduate Program at NSoJ.