The Unsinkable Ship of Optimism

The Titanic Tragedy and Optimism Bias 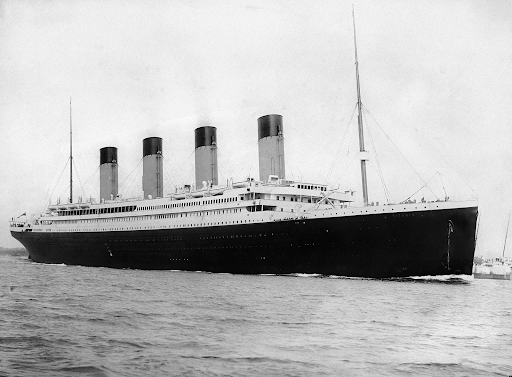 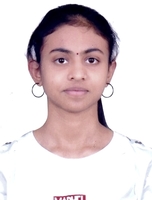 An Introduction To Optimism Bias

Have you ever left home to run some errands without your helmet or didn’t bother taking a mask even when you knew there was a pandemic on the rise? Most times, humans can be rational and logical in making decisions. Sometimes their brains can choose to be optimistic, so much so that practicality is simply neglected.

Known by various names like, “the illusion of invulnerability”, “personal fable”, or “unrealistic optimism”, optimism bias is the one to blame. Optimism bias is the phenomenon where we lead ourselves to believe that we are comparatively more likely to succeed than face adversity in line with reality. This can mean not wearing your helmet or seatbelt during a solo errand, to something as disastrous as steering a plane full of passengers into danger, in spite of the warning signs indicating otherwise.

Tali Sharot, a cognitive neuroscientist, suggests that optimism bias isn’t always a bad thing leading to negative outcomes. Sometimes, having some amount of optimism bias can help keep people happy. The expectation that good things are more likely to happen can act as a self-fulfilling prophecy - the faith in one’s success can actually lead people to be more successful.

The fate of the RMS Titanic seems to have been the other way round. The RMS Titanic was a British passenger ship owned and operated by The White Star Line, a prominent British shipping company. The ship was built as a competitor to the ships of The Cunard Line. The ship had advanced safety features such as watertight compartments that could be remotely shut, giving it a reputation for being “unsinkable” .

The ship started its maiden voyage on 10th April 1912, departing from Southampton, UK. Four days later, approximately 600 kilometres to the south of Newfoundland, Canada the ship hit an iceberg, at 11:40 p.m. This resulted in 5 watertight compartments flooding, which was one more than what she could survive, leading the ship to gradually sink, killing a majority of the passengers and crew. Fortunately, the RMS Carpathia (ironically, a Cunard liner) arrived 2 hours after the sinking and saved 710 survivors of the 2240 souls on board.

If the story was to be rewinded, one might find the mention of J. Bruce Ismay. Mr. Ismay was the chairman and managing director of the White Star Line. While he supervised the construction of the RMS Titanic and her sister ships - RMS Olympic and RMS Britannic - he made what would later become a very controversial move of authorising only 16 lifeboats for the ships. This number, although fulfilling the standard requirement of the Board of Trade, was a significant reduction from the projected requirement of 48 lifeboats. This choice seems indicative of optimism bias as the ship’s apparent requirement for lifeboats was disregarded in probable ode to the fact the ship was meant to be an ‘unsinkable luxury’ (as reassured by its sister ships).

In this next instance, yet again before the RMS Titanic was built, there is a plausible argument for optimism bias. Captain Edward J. Smith of the ship had been the captain of various ships and was renowned for heading voyages without incidents of danger. However, the RMS Olympic headed by Captain Smith faced a major mishap on 20th September 1911 (the year before the Titanic set sail). The RMS Olympic collided with a British warship, the HMS Hawke, leading the warship to lose its prow. Even after subsequent trials declared that the RMS Olympic was to be blamed, the Captain and the Olympic-class liners (to which the Titanic belonged) were reinforced with their ‘unsinkable’ reputation as the Olympic survived severe damages without a fatality. This seems to have boosted their confirmation bias and therefore their optimism bias in subsequent voyages, reducing the incident to a mere blip on a clean slate.

Another notable illustration of confirmation bias morphing into optimism bias can be seen in another one of Mr. Ismay’s actions. Mr. Ismay is noted to have approached either the chief engineer Joseph Bell or Captain Smith about testing the speed of the ship during the voyage if time were to permit it. This again demonstrates the immense confidence placed by people on the ship’s ‘unsinkable’ reputation.

Last, but not the least, the course of the ship itself before it sank. The Master of the ship was advised about icebergs and their proximity by various ships that passed via the same region. The Master thus had two options (as noted by the British Wreck Commissioner’s Inquiry Report on the sinking) - ‘to stand well to the southward instead of turning up to a westerly course; the other was to reduce speed materially as night approached.’ The Master did neither. Instead, he maintained his course and speed. This was done in accordance with the practice that various liners had been using for a quarter of a century or more. The root of this practice, the writer of the report suspects, would probably be found in competition between liners to satisfy the public’s need for quick passage rather than good navigation. The practice in and of itself is a testament to optimism bias playing tricks on people’s sound judgement and the fact that a speed test was requested, only makes one wonder if that too impacted this move.

In conclusion, the phenomenon of optimism bias boosted by confirmation bias seems to have played a key role in the tragic fate of the RMS Titanic.