The Tyranny of Many Things - An Episode

“With podcasting, you would be able to produce the most accurate version of your artistic vision through audio.” 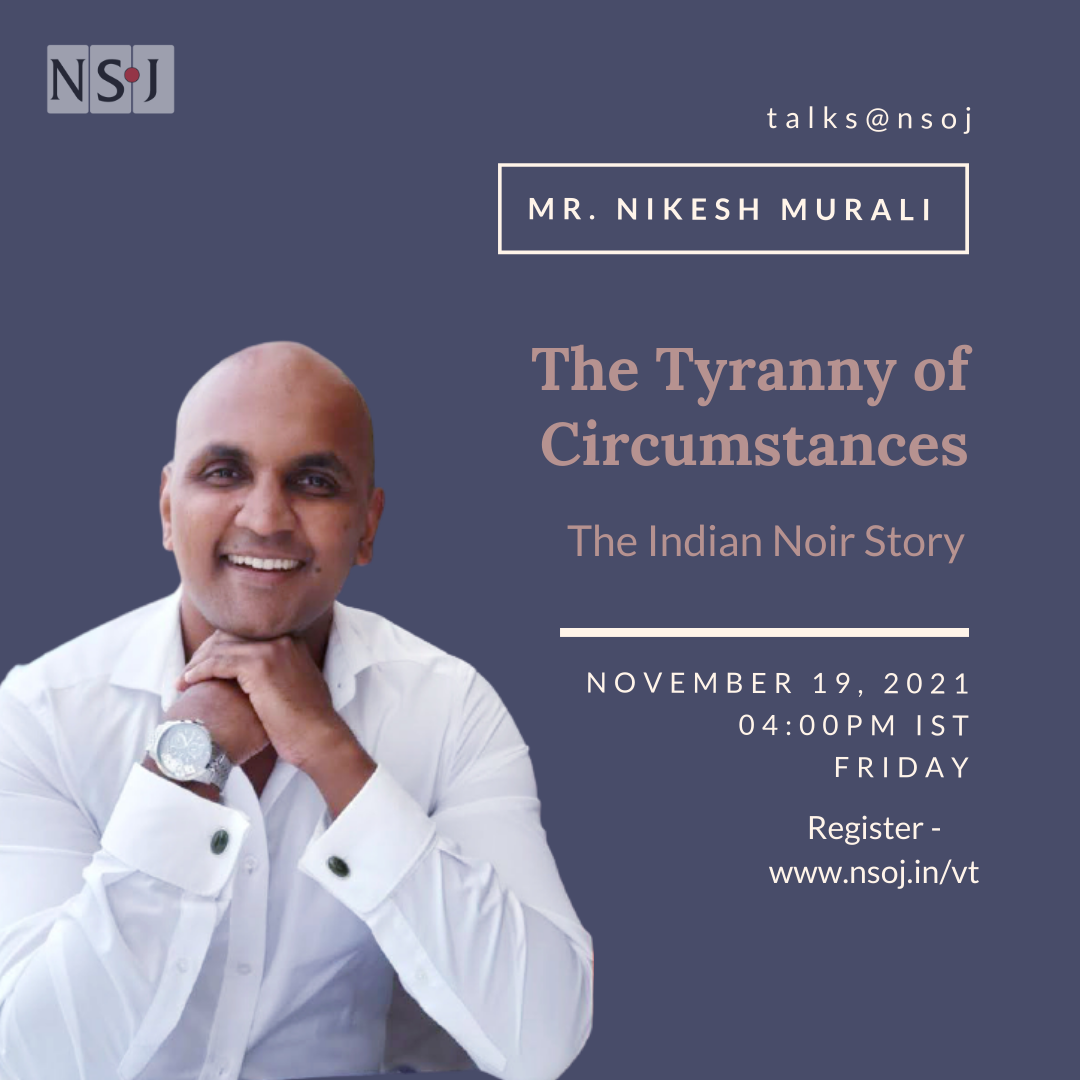 Mr Murali traced his love for dark stories to his childhood when there was no censorship of content in his home. He recalled that, by the age of 8, he had watched all the major horror movies from the 60s to the 80s, and then, moved on to reading crime reporting in newspapers. He believed that even today if he were to be entertained by anything, it would be by a good horror flick.

Despite the accolades he had received, getting published wasn’t easy for Mr Murali, thanks to the growing competition offered by social media and television. The belief that books wouldn’t last long held on.

Moving to Sydney didn't help either, he said, as people were no longer interested in the stories he wanted to tell. This led him to put a pause on writing for a bit but he continued to examine how stories functioned and were written for television.

It was around this time that he began reciting poetry on Twitter and began to gain some traction online, landing voice acting gigs and a role in an audio drama. Podcasting as a medium made sense then, as he learnt that he could marry all his abilities together- writing, storytelling, narration, and more. He began experimenting with the medium, starting with horror and crime, and so, Indian Noir was born.

“The medium of podcasting gave my artistic life a new lease of life.”

He went on to learn audio engineering, audiobook narration, and theatre so he could get better at his art. Through his work, he has celebrated India’s pulp tradition and culture, incorporating his love for the niche with the rich influences of regional literary fiction.

Mr Murali said that approaching writing as the only art form you would explore is a ‘tyranny of the art form’. He encouraged listeners to explore different avenues and to practise artistic inclinations like theatre, music, visual art, films or such art forms that they might wish to dabble in.

He said that it is important to not approach stories from a high horse, but a lot of reporting now occurs from that kind of perspective, which leads to people feeling alienated or feeling unheard, unseen and even ridiculed. He believed that “getting down into the muck and turning the lens inward” could lead to better results. His podcast, Indian Noir, talks about these same confronting themes.

Mr Murali didn’t believe details of crime and horror needed to be censored. In his opinion, one of the reasons why many podcasts shy from a detailed description of horror is because that requires a certain amount of skill. “I don’t do it (describe) for the sake of being graphic; it’s always story-specific… We should push as much as we can and see if it is relevant,” he said.

One of his core mantras is that there cannot be boredom. Things have to keep propelling, much like an airport thriller. He believed that the news and media industry can leverage the potential podcasting presents to reach the farthest parts of the country.