The 1600 historical monuments at Hampi are in urgent need of care and restoration.

Bengaluru: Known for its ruins which belong to the medieval Hindu kingdom of Vijayanagar, Hampi is a UNESCO World Heritage site situated in east-central Karnataka, near the Tungabhadra. The Hampi group of monuments has over 1600 remains and is made up of temples, forts, shrines, gateways, and halls. Some of the famous monuments include the Vijaya Vittala temple, Virupaksha temple, Krishna temple, Royal enclosure, Lotus Mahal, Queen’s bath and so on.

However, this historical village from the Vijayanagar ruins has been facing a number of challenges for some years now. One of the main threats is the crumbling of fort walls and pillars. Many local citizens have reached out to the Archaeological Survey of India (ASI) and registered such incidents around Hampi. The most recent incident is when a part of the fort wall around Lotus Mahal, which was built with heavy stone blocks, collapsed. The incident came to light on March 12, when the security personnel reported for duty in the morning. Fortunately, the collapse did not damage other heritage monuments. P. Kalimuttu, Deputy Superintendent of ASI told a newspaper: “The fort wall has collapsed on its own. There is no damage to other monuments. We have reported the incident to the ASI head office. Measures would be initiated to rebuild the structure.”

The fort wall, which collapsed three weeks ago and got noticed much later. Credits: Vedika Mane/NSoJ

There are 56 monuments under the central office of ASI, near Ambedkar Circle, Hampi, which are supposed to be restored. The list includes Lotus Mahal, Queen’s bath, Royal enclosure, Vijaya Vittala temple, Raghunath temple, and Krishna temple.

Vijayanagar Smaraka Samskruti Samrakshana Sene is a citizens’ body fighting for the restoration of ancient sites around Hampi and is headed by Vishwanath Malagi. As a part of this organization, they try and visit historical sites once a day to keep a check on the monuments and bring it to ASI’s notice if they come across any damage. “We frequently write letters to the authorities and request them to go on regular inspections across these sites and give protection on priority for those that are vulnerable,” said Mr Malagi. He added: “One of the many reasons for the collapses is heavy movement of trucks nearby these sites. There is also drilling for borewells in certain parts of the village which is harmful to these monuments. There is a ban on the movement of heavy vehicles and construction is prohibited within 300 metres around any historical monument, but this is not strictly implemented.” 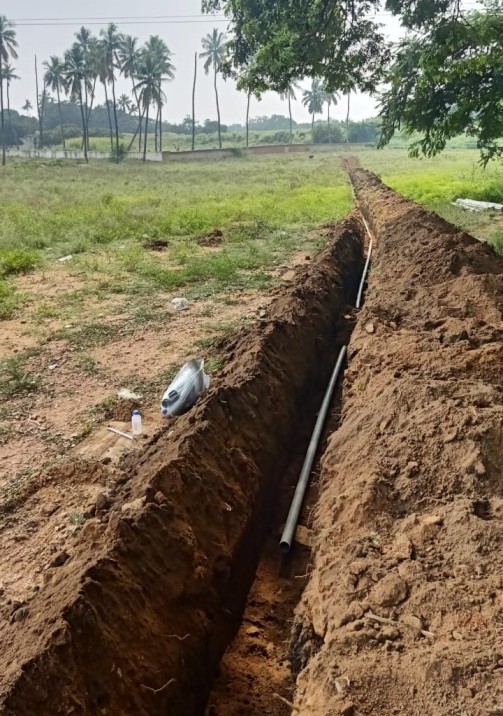 Asked about how this was affecting the tourism of Hampi, he said: “This place is known for its ancient history and monuments, and tourism is the only source of income for more than 90% of Hampi’s population. Restoring these monuments will not only preserve our culture and heritage but will also help as a source of livelihood for the people who have been living here for generations.”

Some of the other reasons leading to the falling of these historical monuments are illegal mining and construction activity. But these are not the only concerns of the local people. Soil is illegally dug up in some of the remote areas such as Kamalapur, a small village, five kilometres away from Hampi. Local residents have complained to the ASI that the soil is being used for the construction of private properties. “We have written to the ASI mentioning this illegal use of soil. All we expect is, if one person is charged a fine or given a suitable punishment, others will think twice before doing such a thing, but the authorities are certainly under political pressure,” said Mr Malagi, who has been trying to fight this illegal activity for more than eight years now.

While on one side people are fighting for the restoration of these monuments, on the other some are fighting for their survival. A few years ago the UNESCO vacated the Hampi Bazaar which was outside Virupaksha temple. It was a shelter for more than 300 families. They stated that the land belonged to the government and should not be used for commercial purpose. However, the local residents filed a case against this and the court hearings are still in process.

“Sometimes, we priests have to conduct aartis from 3 am which goes on till 8 pm, so we were given this space as accommodation. After making us vacate from the bazaar, we shifted to a nearby area and built a place called the new Hampi. But we still wish to go back, because that is where we belong and we don’t really have a life beyond this,” said Srinivas, a priest at Virupaksha temple.