The Psychological Side of The Force

In a galaxy far far away, Darth Vader was the most feared man in the entire universe. But underneath his mask, he was a troubled teenager just like some of us. 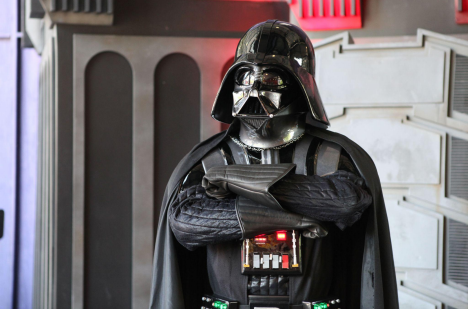 A Little Introduction to the Lore
A raspy voice, accompanied by an equally sinister mask and an all-blacked out attire, Darth Vader (also known as Father of the Year) was a former Jedi (the good guys basically) who later turned to the dark side to become Dark Lord of the Sith. (very bad guys).

Born as innocent Anakin Skywalker on the planet of Tatooine, his transformation into Darth Vader doesn’t happen until he is 22 years old when he is brutally defeated and dismembered by his mentor Obi-Wan and left to die, only to be resurrected by the bad guys who take away the name Anakin and give him his new, terrifying identity of Darth Vader.

To analyze Darth Vader’s personality, we must look at his Anakin Skywalker days, when he was just a teenager dealing with various levels of teenage affairs (while also training to save the world at the same time). Over the three Star Wars films (Episode I, II and III), we take a look at Vader’s younger days living as a slave and eventually a Jedi trainee, which is when he exhibits most of his Borderline Personality Traits.

A Young but Problematic Prodigy

“A pervasive pattern of instability of interpersonal relationships, self‐image, and affects, and marked impulsivity beginning by early adulthood and present in a variety of contexts”

The research paper that would be used as the core for this article was “Bui E, Rodgers R, Chabrol H, Birmes P, Schmitt L. Is Anakin Skywalker suffering from borderline personality disorder? Psychiatry Res. 2011 Jan 30;185(1-2):299” which stated that

“Anakin Skywalker, one of the main characters in the "Star Wars" films, meets the criteria for borderline personality disorder (BPD). This finding is interesting for it may partly explain the commercial success of these movies among adolescents and be useful in educating the general public and medical students about BPD symptoms”.

In this research paper, Eric Bui and the other researchers have thoroughly studied Skywalker and the traits that he exhibits. As analyzed by Bui, a Star Wars fan himself, there have been multiple instances in the three movies where Anakin has met the criteria for being diagnosed with Borderline Personality Disorder. Growing up as a slave and without a fatherly figure in his life, Anakin also had to leave his mother at the young age of 9 to pursue his Jedi training, which severely halted his development. As a child, he showed extremely impulsive behaviour. He used to involve himself in high speed pod racing, an activity that was considered way too dangerous for his age and could have led to him losing his life multiple times. However, the majority of the corruption in his personality developed as he was coming-of-age, depicted in the next two films.

The tragedy of a troubled teen

In his teenage years, Darth Vader (still Anakin) was training to fight against the Sith, the organization he would eventually betray the Jedi for. And throughout his training, there were signs that foreshadowed his switch to the dark side. He exhibited violent, dissociative temper when he mercilessly murdered an entire tribe all by himself in blind revenge because they kidnapped his mother and then he bragged about it later to his lover, Padme.

"I…I killed them. I killed them all. They're dead, every single one of them. And not just the men, but the women and the children too. They're like animals, and I slaughtered them like animals." - Anakin.

While we’re on the topic of his love Padme, abandonment issues too were prevalent throughout his life. The lack of a father and losing his mother to the tribe that he killed all built up to an irrational fear of him losing Padme. The fear grew so bold that he betrayed his own masters to try and prevent Padme’s death. Other factors that the researchers found which aligned with Borderline Personality Disorder were his anger issues and identity disturbance.

Skywalker never learned to manage his anger, nor did he learn to control the consequences of it. One fit of rage saw him massacre an entire tribe, while another saw him kill young children that looked up to him as their savior. He didn’t know how to take no for an answer, as is seen by the path he spirals down to when he isn’t granted the rank of a master despite being on the council. Not only that, he constantly alternated between idealizing and devaluing his mentor Obi-Wan and the other masters as well, starkly disagreeing with some of their decisions. He was also paranoid about Padme cheating on him with his master, the thoughts of which partially led him to massacre young children who were training to be Jedi, despite those children having no connection to his wild thoughts.

Anakin (left), about to turn on his mentor Obi-Wan (right). Picture credits: Lucasfilms

The last and the most important factor that the researchers thought that pushed him over the edge was identity disturbance. He was never truly sure of his identity. Told that he was the chosen one and plucked away from his home for Jedi training, he never truly discovered his interests and what he wanted to do in life

His fateful turn to the dark side and change of name to Darth Vader could represent the ultimate sign of such identity disturbance. - taken from the research paper.

The researchers also mentioned how Anakin Skywalker could have been prevented from turning into Darth Vader, and the answer is as simple as psychotherapy.

“I believe that psychotherapy would have helped Anakin and might have prevented him from turning to the dark side. Using the dark side of the Force could be considered as similar to drug use: it feels really good when you use it, it alters your consciousness and you know you shouldn’t do it.” - Eric Bui.

But unfortunately, there were no therapists available in the galaxy at that time who would help Anakin and prevent Darth Vader from being born.

Conclusion
The researchers observed Anakin throughout the films and diagnosed that he met SIX of the criterias mentioned in the DSM IV for Borderline Personality Disorder, namely -

1. Frantic efforts to avoid real or imagined abandonment
2. A pattern of unstable and intense interpersonal relationships characterized by alternating between extremes of idealization and devaluation.
3. Identity disturbance: markedly and persistently unstable self-image or sense of self
4. Impulsivity in at least two areas that are potentially self-damaging
5. Inappropriate, intense anger or difficulty controlling anger
6. Transient, stress-related paranoid ideation or severe dissociative symptoms.

Anakin, after his transformation into Darth Vader. Picture credits: Lucasfilms

A person has to hit five criteria mentioned in the DSM for BPD to be diagnosed with it. Anakin Skywalker easily hit six.

For Images: Copyright Disclaimer under section 107 of the Copyright Act 1976, allowance is made for “fair use” for purposes such as criticism, comment, news reporting, teaching, scholarship, education and research. Screenshots taken from https://starwarsscreencaps.com/