The Mystery of Custodial Deaths in India

Approximately 1,200 persons have died in police custody between 2005 and 2018 but only seven persons have been convicted during this period. NSoJ and DAKSH make the case for India to ratify the UN convention on torture as a means to deliver justice to victims. 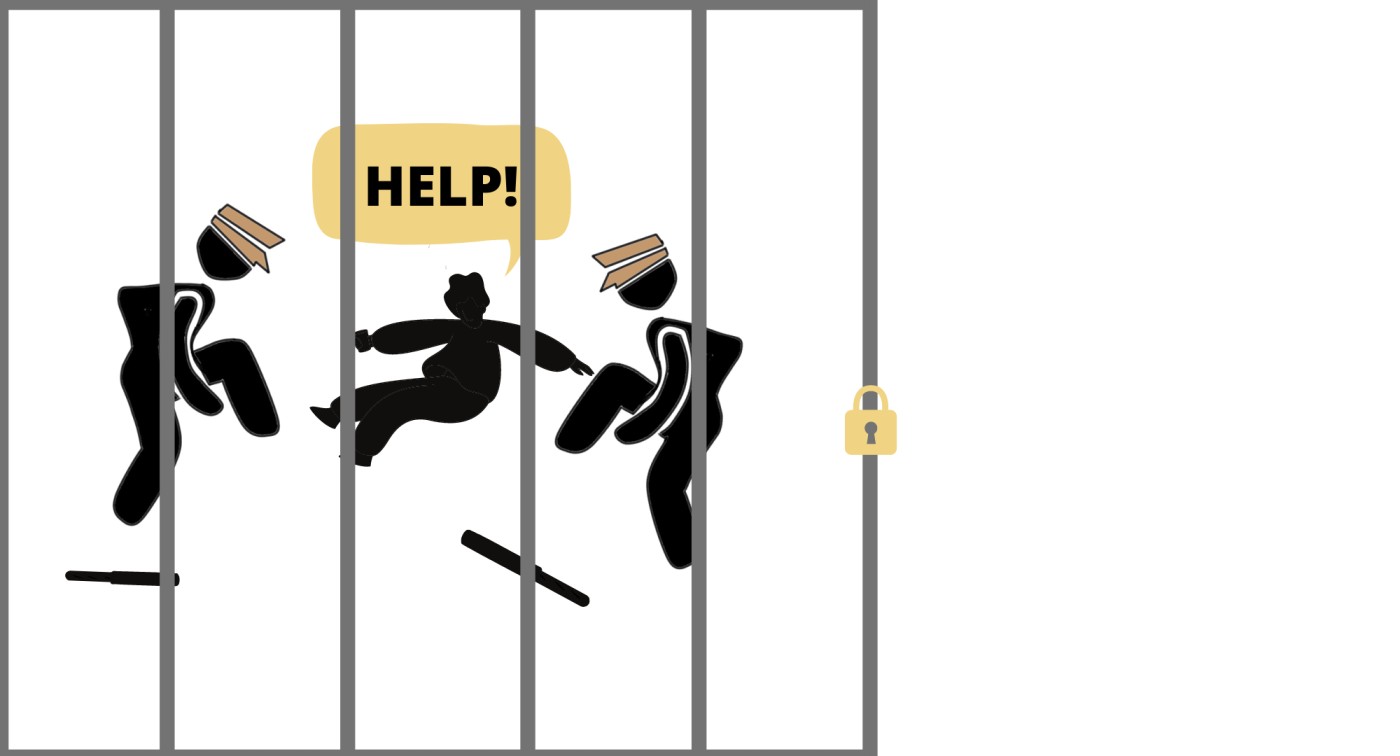 The recent case of custodial deaths that caught the attention of India was that of a father-son in Sathankulam, a town in Thoothukudi district of Tamil Nadu. The victims were detained by the police on June 19, 2020, citing minor lockdown violations. Later, they were allegedly assaulted, physically and sexually, by the police. In a couple of days, both of them succumbed to the injuries and the police personnel claimed that the deaths were caused due to medical reasons. This led to state-wide protests, vast media coverage of the issue, and the Madras High Court initiating proceedings to hold the police accountable for their deeds. The Court then ordered a probe into the incident against all the nine accused police officers.

The case was thereafter transferred to the CBI which on September 27, 2020, filed a charge sheet revealing that the duo underwent indescribable torture at the hands of the Police. It also stated that the victims’ hands and legs were held by the accused police personnel to prevent them from defending themselves.

One of the prime reasons for the speedy filing of charges against the police personnel was the reporting of the issue by citizens on social media and the amplification of the public outrage by news media organizations. It is undeniable that the media plays a vital role in bringing accurate and timely public attention to such instances of custodial violence. However, the overwhelming majority of custodial deaths are unreported by the media and, consequently, without the accompanying public pressure, those responsible for these violations of human rights are often protected by state machinery.

Thousands of deaths and only a handful of convictions
On September 27, 2005, Udaykumar, a scrap metal shop worker, was sitting with his friend, who faced theft cases, at a park in Thiruvananthapuram. In the afternoon, two constables Jithukumar and Sreekumar drove them to Fort police station after finding Rs 4,000 with them. The prosecution said constables Jithukumar, Sreekumar and K V Soman tortured Udaykumar to make him confess that they had stolen the money, tying him to a bench and rolling an iron rod on his thighs. Late that night, police took him to a hospital where he was declared brought dead. In the post-mortem, it was found that Udaykumar had suffered 22 injuries, including ruptured vessels in his thighs. The report concluded that he had bled to death. On July 25, 2018, nearly 13 years later, the two surviving police personnel out of the three accused were awarded the death sentence by a CBI court.

Akin to the above instance, the authors analysed two more convictions for police custody deaths: the case in Uttar Pradesh against Kunwar Pal Singh and six others filed in 2006 [1] , and the case in Maharashtra against accused patrolling police officers filed in 1993 for allegedly beating up a suspect to death for being involved in robbery. [2]

But these convictions are rare exceptions coming after a long period of 14 years from 2004-2018 which saw zero convictions of police officers accused of custodial torture, noted a report by the National Campaign Against Torture (NCAT).

The National Crime Records Bureau (NCRB), in its reports from 2005 to 2018, revealed that with respect to the death of 500 persons in remand, 281 cases were registered, 54 policemen were charge-sheeted, but not a single policeman was convicted during that period. And among the 700 deaths of persons before remand, 312 cases were registered, 132 persons were charge-sheeted and merely 7 persons were convicted. The deaths before remand are during the first 24 hours after the arrest before the suspect is produced before the magistrate.

This year alone, in the seven months up to July 2020, the National Human Rights Commission, India (NHRC) reported 914 deaths in custody, 53 of these in police custody. As per their data, 714 people were reported to have died in police custody in cases registered between 2013-14 and 2017-18. These deaths do not include deaths in police encounters, which accounted for 837 cases during the same period.

A vast majority of custodial deaths are due to alleged torture by the police personnel in attempts to coerce suspects to confess to alleged charges. As is evident from the cases analyzed, custodial deaths happen during the investigation when police officers torture a suspect into admitting to a crime they perhaps did not commit.

However, as per an annual report by the United Nations Convention Against Torture (UNCAT), these deaths also include those which are caused by ‘sudden medical complication’ such as cardiac arrest, seizure, etc. More often than not, no information is available about the accurate causes of these deaths.

In 2019, NCAT documented deaths of 125 persons in 124 cases in police custody across the country. Out of these 125 deaths, 93 persons (74.4%) died during police custody due to torture or foul play alleged by family members/local residents, while 24 persons (19.2%) died under suspicious circumstances.

Need for an anti-torture legislation
Conviction in cases of custodial violence is difficult because government permission is required to prosecute public officials. Under Section 197 of the CrPC, no government official or member of the armed forces alleged to have committed a criminal offence while acting or purporting to act in the discharge of their official duty can be prosecuted except with the prior sanction of the central or state government.

For instance, Ishrat Jahan, a 19-year-old woman from Mumbra near Mumbai, was killed near Ahmedabad in 2004, in an ‘encounter’. The Gujarat government did not provide sanction to prosecute the accused police officers (now retired) in the case. Similarly, in 2002, Khwaja Yunus died in police custody after he was arrested in connection with the 2002 Mumbai bus bombing. The CBI filed a charge sheet, but the Maharashtra government’s initial denial of permission to prosecute delayed proceedings.

In conformity with international conventions, although India had signed the United Nations Convention against Torture (and Other Cruel, Inhuman and Degrading Treatment or Punishment) 23 years ago, it is yet to ratify it. This convention requires member countries to bring their domestic legislation in conformity with the provisions of the Convention. Ratifying the Convention will ensure that the State is held responsible for the harm inflicted by its departments on citizens. Custodial torture will then be regarded as a separate crime and punishing the officers for their excesses will be standardized by a separate penal law.

The last time a step was initiated towards ratifying the UN Convention was when a loosely and vaguely defined Prevention of Torture Bill, 2010 was introduced in the Lok Sabha to give effect to the provisions of the Convention. However, with the dissolution of the 15th Lok Sabha, the Bill lapsed. Thereafter, the Central Government in September 2020 informed the Lok Sabha that it has no proposal with it to bring a legislation to prevent the torture of individuals by police and public officials.

The lack of an anti-torture law and the legal hurdles in prosecuting police personnel have resulted in long-standing cases and a negligible number of convictions of the accused police personnel. This has contributed towards normalising torture in both police and judicial custody. We are in need of a comprehensive anti-torture law which enables seamless prosecution of public officials for their excesses and sets tight deadlines for the courts in disposing of the cases involving custodial violence.