We explore the reasons for the urgency with which an ordinance to prohibit 'forced religious conversions' was promulgated by the UP government. 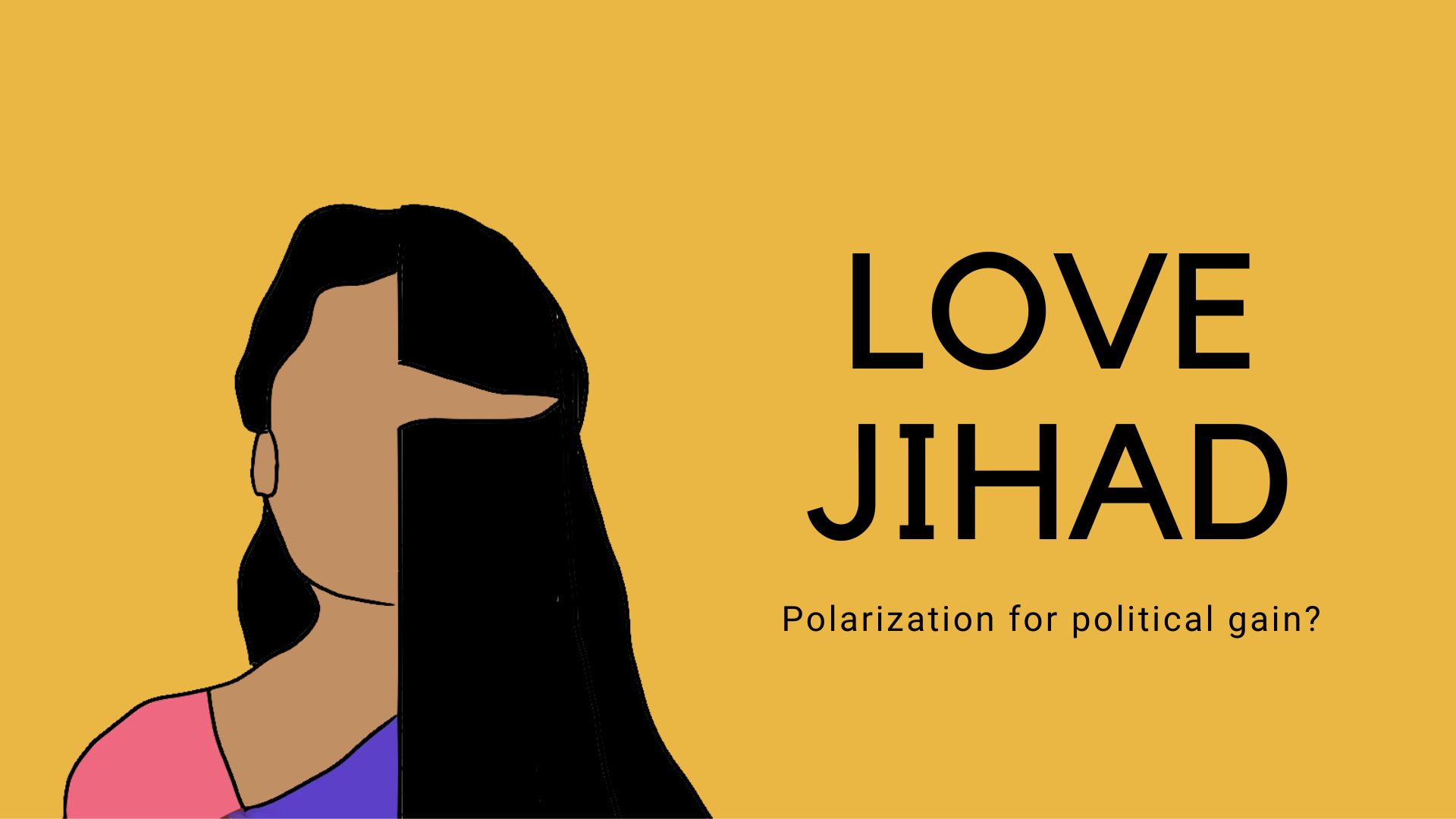 The Uttar Pradesh Prohibition of Unlawful Conversion of Religion Ordinance, 2020 promulgated by the Uttar Pradesh government on 28 November 2020 seeks to discourage interfaith marriages and endangers the right to profess and propagate any religion as guaranteed in the Indian Constitution.The ordinance has been used to curb the so-called “love jihad”. Love jihad is a belief, without evidentiary or rational basis, among Hindu nationalists that there is a concerted programme among Muslim men to to marry Hindu women with a view to forcibly convert to Islam. The objective of the ordinance is obvious from this statement by Uttar Pradesh Chief Minister Yogi Adityanath a few days before the ordinance was promulgated, “Government will also work to curb ‘love-jihad’, we’ll make a law.” In 2018, the National Investigation Agency (NIA) was ordered by the Supreme Court to enquire into cases of love jihad in the context of the Hadiya case (Crl.A 366/2018). The agency did not find any evidence to suggest that forced conversions of Hindu women through marriage were taking place. Despite this, the spectre of love jihad continues to haunt the imagination of politicians and activists around the country.

The poor drafting of the ordinance reflects this undue hurry. Section 3 of the ordinance prohibits the conversion of a person from one religion to another by misrepresentation, force, undue influence, coercion, allurement or fraudulent means or marriage. This section thus criminalises ‘conversion by marriage’. It is not clear what ‘conversion by marriage’ is. Conversion to religion usually requires some ceremony. In the case of Islam, a person can convert by reciting the shahada, the Muslim profession of faith ("I bear witness that there is no deity but God, and I bear witness that Muhammad is the messenger of God"). Marriage does not by itself lead to a person legally converting their religion from one to another. The ordinance, therefore, seems to be targeting all interfaith marriages irrespective of whether conversion subsequently takes place or if such conversion was through misrepresentation, force, undue influence, coercion, allurement or fraudulent means.

Another section of the Ordinance that is troublesome is the vague definition of ‘allurement’, which includes any temptation in the form of:

(i) any gift, gratification, easy money or material benefit either in cash or kind;
(ii) employment, free education in a reputed school run by any religious body; or
(iii) better lifestyle, divine displeasure or otherwise.

This definition can produce absurd outcomes. For example, a school run by a Christian religious order that offers poor students from non-Christian backgrounds free education may be found to forcibly convert under the Ordinance.

Similarly, the offering of ‘any gift’ will also be construed as an allurement.

The section goes on to say “…. nor shall any person abet, convince or conspire such conversion.” Criminalising the act of convincing a person about another religion is a clear violation of Article 25(1) of the Constitution. The Supreme Court in the Reverend Stanislaus case (1977 SCR (2) 611) held that the word ‘propagate’ in article 25(1) includes the right to” transmit or spread one's religion by an exposition of its tenets." A mere explanation of the doctrines and beliefs of one’s religion can therefore be construed as ‘convincing’ which can send a person to prison in UP.

The Allahabad High Court a few days after the UP Chief Minister’s statement mentioned above confirmed that the "Right to live with a person of his/her choice irrespective of religion professed by them, is intrinsic to right to life and personal liberty." Justice Pankaj Naqvi and Justice Vivek Agarwal remarked, "We fail to understand that if the law permits two persons even of the same sex to live together peacefully then neither any individual nor a family nor even the state can have an objection to the relationship of two major individuals who out of their own free will are living together.” Interestingly, re-conversion to the person’s original religion will not be considered an offence irrespective of whether it is engineered through misrepresentation, force, undue influence, coercion, allurement or fraudulent means.

Flying in the face of the freedom of conscience, all religious conversions in the state will now be strictly regulated. A person who wishes to convert to another religion now has to follow a cumbersome process involving giving a declaration to the district magistrate sixty days before and after the conversion and presenting themselves to an enquiry by the district magistrate. This also makes the private act of conversion public and may expose the person converting to vigilantism.

The punishment sections also make for interesting reading. Section 5(3) states that if a person who is found guilty under this ordinance has been convicted under it before, then for the subsequent offence, the punishment will be double the punishment provided in the ordinance. Such a draconian punishment is not even provided for in an anti-terrorism statute like Unlawful Activities (Prevention) Act, 1967 UAPA. If the person who converts is a woman, the punishment is higher than if they were a man, feeding into the stereotype that women have limited agency and are easily misled into such decisions.

One of the most striking provisions of the ordinance is the reversal of the burden of proof. The presumption of innocence is a cornerstone of our criminal justice system and what flows from it is the casting of the burden of proof in criminal proceedings on the state. In the UP ordinance, the burden of proof for proving that religious conversion is legal under its provisions lies on the person ‘who has caused the conversion.’ This reversal of the burden of proof is similar to provisions of stringent legislations like Narcotic Drugs and Psychotropic Substances Act, 1985 and Terrorists and Disruptive Activities (Prevention) Act, 1987 (now repealed). This opens the doors for false claims and the use of these provisions for the settling of local scores. The arrests made so far evidence this. On December 2, a man from Bareilly was booked after a complaint was filed by a father, alleging he “coerced, coaxed and allured” his daughter into converting to Islam. As per the statement of the accused, the woman got married a year back. In another case from Bareilly, on 27 November, a Hindu woman accused her Muslim husband of luring her into marriage. The woman went to the police after almost a year living with the husband, when he allegedly refused to go for registration of marriage. A Muslim man and his brother were arrested on 6 December after he and a 22-year-old Hindu woman tried to get their marriage registered in the district’s Kanth area. The woman has stated that she willingly got married five months ago. In yet another case, a Muslim teen was arrested while he was on an outing with his friend, a Dalit girl. The teen was booked for “inducing” the minor girl to elope with him with the intention to marry and forcefully change her religion.

The ordinance has been challenged before the Allahabad High Court.

The manner in which these cases were booked points towards the Uttar Pradesh government using the provisions of the Ordinance to fuel the myth of love Jihad and further polarize India along religious lines for political gain. This legislation has given legal sanction to the myth of love jihad and also disregards women’s agency and presumes them to be passive, naive participants in relationships. Such a legislation is unconstitutional at best and exploitative at worst.

This article is a collaborative effort between NSoJ and DAKSH. Shruthi Naik, Leah Verghese, Timothy Franklyn and Prathik Desai are the authors. Artwork created by Anika Gomez (NSoJ BA batch of 2022).