While India will play to strengthen their reserves, for Sri Lanka it will be about keeping the former world champion’s image intact.

In the wake of another defeat in ICC tournaments’ knockout match, questions and rumors have started floating about the structure of the Indian team. Although, none of it has been endorsed by the team management, the regular shuffling of the team is a norm in Indian cricket after a big loss, and will be thought about by the leadership group.

Meanwhile a “white ball specialist” team India will tour Sri Lanka for a brief series of 3 One day internationals and 3 T20 internationals. The series which wouldn’t even last two weeks has got its significance in the larger picture for both the teams.

A new Captain
As India’s regular skipper, Virat Kohli is in England with the first fiddle Indian squad, his fellow Delhite and veteran Southpaw has been named as a captain for the Sri Lanka tour. This is the first time Shikhar Dhawan will be leading a senior Indian squad.

Dhawan’s role as a batsman has changed from what it was a few years ago. After being written off from the T20I, following his inconsistent performances, he made a commendable statement by being one of the top scorers in IPL 13 and 14. Many have reasoned this change in approach with his dynamics with the Delhi franchise coach, Ricky Ponting.

Dhawan’s white-ball form has proven to be a ‘good headache for team India ahead of the T20 world cup this year. With one of the opener’s slots being reserved for the vice-captain Rohit Sharma, for the other, oscillation will continue between KL Rahul and Shikhar Dhawan, the latter getting a chance to prove his mettle in this series.

A new stand in Coach
Many pundits on social media and otherwise had been rooting for Rahul Dravid to take up charge of the senior team for quite some time. Following his extremely successful stint with the under - 19 and India A squad, Dravid has also been responsible for filling the reserve of the Indian tank with the already match-fit players. A gentle reminder of which was the recent Border Gavaskar trophy 2020/21.

With Ravi Shastri vacating the spot post the conclusion of this year’s T20 world cup, Dravid would perhaps be the favourite to take it up. In that case, the Sri Lankan tour will be a good rehearsal.

The IPL specialists
Indian squad is filled with the young IPL specialists from across the franchises who would be auditioning for their role in the major big-ticket event later this year. The likes of Ruturaj Gaikwad, Nitish Rana, Devdutt Padikkal, Varun Chakravarty, Krishnappa Gowtham, and Chetan Sakariya will be travelling with the Indian squad for the first time. With a team of selectors being present in Sri Lanka, the importance of the series is much more than mere bilateral encounters.

Form and fitness of the seniors
Since 2019, Hardik Pandya has not been bowling regularly due to fitness issues. Bhuvaneshwar Kumar has already missed plenty of action for the national squad by being injury-prone. Besides the recent form of some other seniors, namely, Manish Pandey, Kuldeep Yadav, and Navdeep Saini would also be a cause of worry for the management ahead of the series.

With Rahul Dravid at the helm of affairs, one can assure chances to all the squad members as he has reiterated it many times. In the absence of the regular pros though, the seniors of the team will be expected to fill in their shoes. 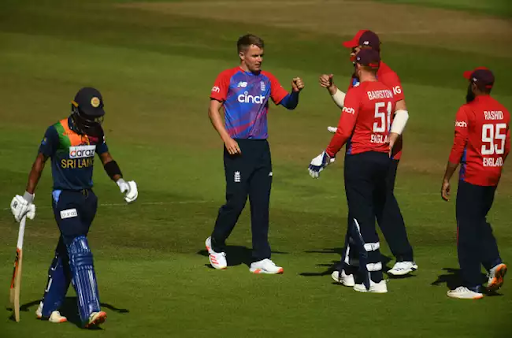 Disgruntled fans have started a Facebook campaign appealing the netizens to unfollow the Sri Lankan cricketers. This came in the wake of Sri Lanka’s 5th consecutive series defeat in the shortest format.

Sri Lanka has been having its fair share of controversies lately, with the conflict between the board and players on the payment. 3 seniors have also been sent back due to a bio bubble breach. All of this adds up to the importance of the next series against India, which will define the immediate future of the former world champions.

Having won the T20 world cup in 2014, the Sri Lankans would be required to play the qualifiers for the next edition of the tournament which commences on the 17th of October later this year.

While India will play to strengthen their reserves, for Sri Lanka it will be about keeping the former world champion’s image intact. Although not many of the world cricket’s superstars might be seen on the field on the 13th of July, the significance of the series for the hosts can turn it into a cracker of a contest.