The joy of returning home

LIFE IN THE TIME OF COVID-19 -- 1: Akash Khandke in Kolhapur, talks to Suraj Sakharpe who was caught in a Wuhan hostel when the pandemic broke out. 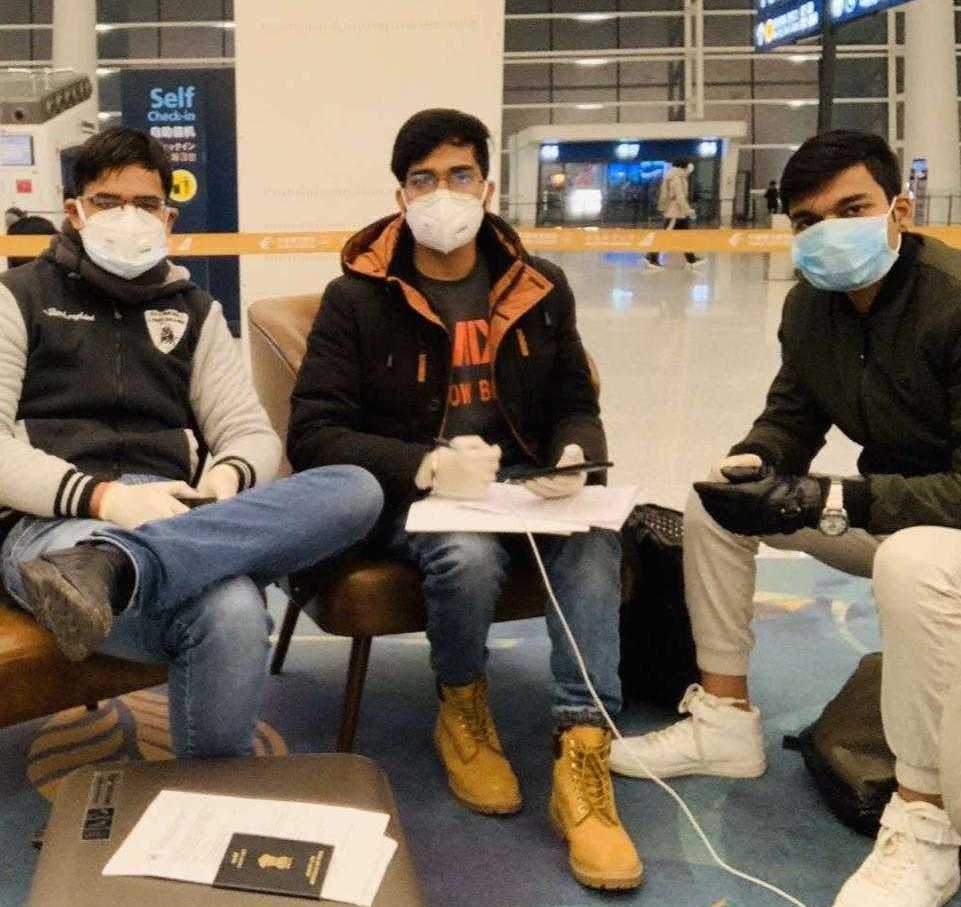 Suraj Sakharpe (in the middle) at the Wuhan airport

COVID-19 has changed the world we live in. The pandemic has affected every section of society. When the coronavirus outbreak was in its initial stages in China, a student from Kolhapur, Maharashtra, was stuck in the Chinese city of Wuhan, the epicentre of the disease.

Suraj Sakharpe experienced the devastation caused by the virus. He witnessed the world's first lockdown owing to Covid-19. Suraj was at a friend's hostel when the local government announced an immediate lockdown. Wuhan was the second home for him during the past two years. He was shocked by the sudden development, as he was barred from leaving the hostel room. He tried his best to get back to India, but the lockdown regulations did not allow him to do so. Despite constant efforts, he did not get the necessary permission to leave.

For the next 15 days, Suraj was sitting idle waiting for the light of the day. But his expectations were in vain, as the number of corona cases was increasing by the day. There were no chances of the situation improving in the near future. The situation was worsening and the people were not allowed to step out of their residences or wherever they lived, whatever the circumstances. Of course, the state had made groceries available at people’s doorsteps and transportation for medical emergencies.

He said: "I realized that doing nothing would not work. There were 600 to 700 NRIs like me who were terrified by the situation. I took the responsibility and gathered data of these residents who were connected through social media. I contacted the Indian Embassy in Beijing. The response was positive. The Indian government initiated a rescue mission for evacuating the Indians trapped in Wuhan. The news came as a great relief as the situation was worsening day by day.”

The second flight took off in mid-February. The aircraft landed on an optional runway in New Delhi. Everyone was filled with joy. All the passengers were tested for the virus and were quarantined for the next two weeks in New Delhi. Suraj said: “After 14 days I was back home in a pair of clothes that I had worn 18 days earlier. The joy of returning home was beyond expression.”