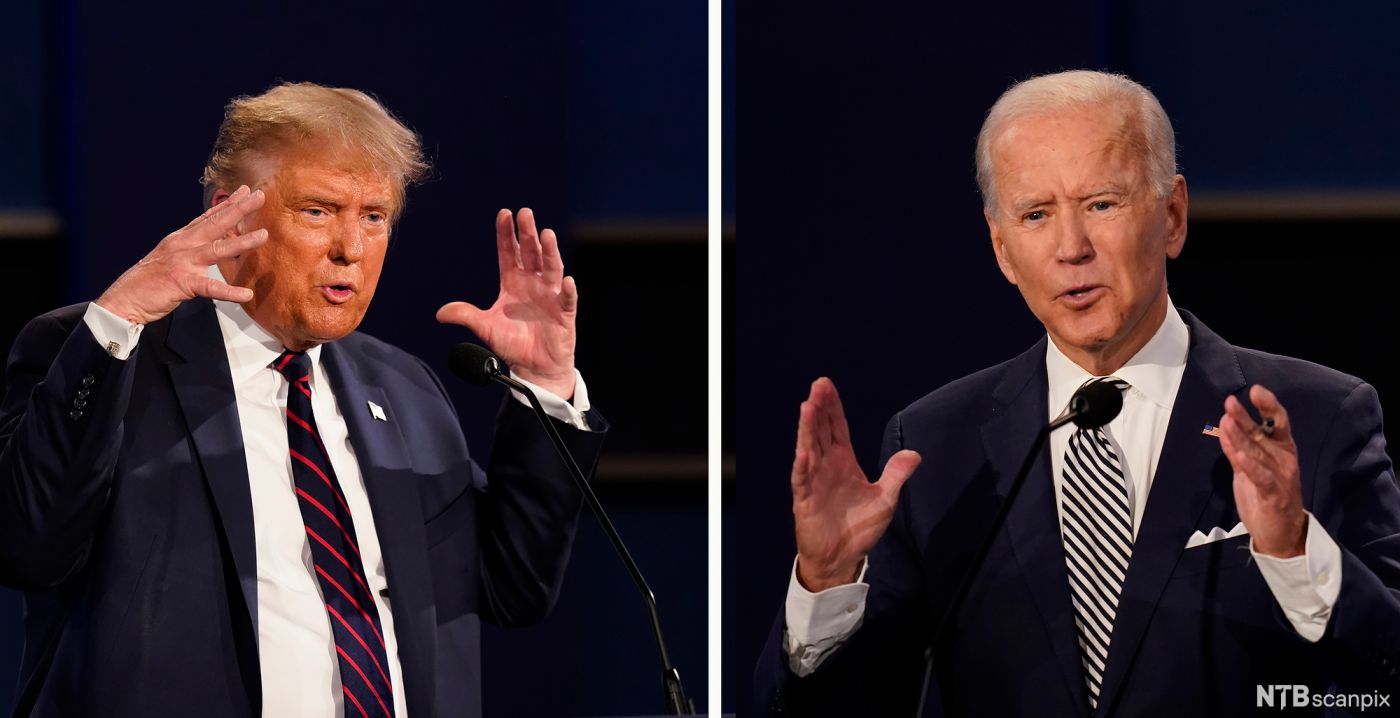 In light of the last Presidential debate, the Commission on Presidential Debates announced that this time, measures to prevent interruption would be undertaken by muting the opposing candidate’s microphone during the initial 2-minute response.

Fight against COVID-19
Stressing on the present number of coronavirus patients across the country, Ms Welker posed the first question to the president about how he would lead the country during this crisis.

The President highlighted how spikes in various parts of the country have come down and compared the situation with countries in Europe. “The mortality rate is down by 85% per cent now,” the President said, adding that the vaccine was ready and would be announced “within weeks”. - although there is no indication by the CDC or FDA this is true. The President repeated that this is a worldwide problem and that “it’s going away.”

The Democratic candidate Joe Biden responded that “anyone who’s responsible for that many deaths should not remain as president.” Highlighting the increasing numbers of deaths, Mr Biden stressed how the president had no comprehensive plan. He explained that he would ensure national standards for safe opening of schools and businesses and encourage the use of masks. “I will make sure we have a plan.”

The President later clarified that there was no guarantee the vaccine would be out within a few weeks but was hopeful that it will be by the end of the year. If the vaccine was approved, Mr Biden said that he would make the process transparent. The President accused China of the viral outbreak as the Democratic nominee kept redirecting to how the President has taken no responsibility for the deaths of people. "[Trump] says, we're learning to live with it. People are learning to die with it," he said.

National Security
The moderator brought to light recent developments in national security and the interference of Russia and Iran in the US elections. The former Vice-President responded by saying any country that interferes with the elections and American sovereignty “will pay a price” if he is elected.

The President accused the Democratic nominee of receiving money from Russia and added that “there has been nobody tougher on Russia than Donald Trump.” He drew attention to the emails that were released; the opposing candidate denied the allegations and deflected to the topic of Trump’s tax returns. President Trump repeated that he had “prepaid” millions of dollars in taxes, to which the Democratic nominee responded, “show us, stop playing around.”

Joe Biden said that he would make China play by the international rules and America needed to stand by its friends and let China know that they will pay the price, economically.

Talking about relations with North Korea, Mr Trump said that he has a very good relationship with Kim Jong-Un and that there is no war. Mr Biden called the North Korean leader “a thug” and said that he would only agree to meet with him under the condition that North Korea would draw down their nuclear capacity. 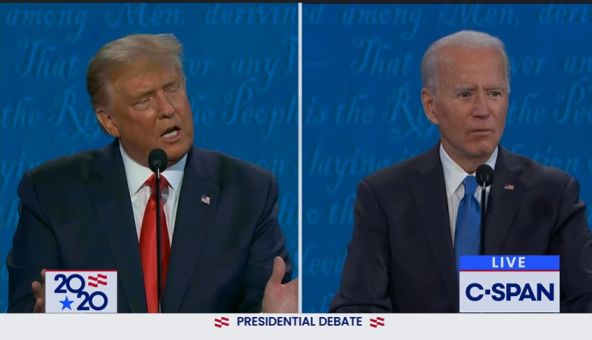 What are their views on healthcare?

"Healthcare is not a privilege, it is a right." - Joe Biden


Ms Welker started by saying that over 20 million people receive health insurance through the Affordable Care Act and Trump’s administration has been advocating to overturn the law, which may lead to millions losing their insurance. The President responded by calling the individual mandate the worst part of Obamacare and said that he would like to terminate the plan and come up with much better healthcare that can protect people with pre-existing conditions.

He accused Joe Biden of wanting to socialise medicine, that his plan will destroy social security and bring the country down. Biden replied that he wants to increase affordability by building on Obamacare, introducing a government-run public option. He stressed that he supported private insurance, that nobody would lose it under his plan. “Healthcare is not a privilege, it is a right,” he said, adding that everyone should have the right to affordable healthcare. He concluded that his proposal will provide for increased affordability, with decreased drug prices and lower premiums.

According to Trump, raising the minimum wage should be a state option while the former Vice-President believed that first responders deserved to be paid at least US $15 an hour and that there was no evidence that this decision would put small businesses out of business.

Asked about his measures to locate and reunite parents separated from their children at the border, “we are working on it,” the President said, adding that many children come over through cartels and gangs. The vice-president called this separation and the government’s inability to relocate their parents as ‘criminal’. He continued that he would create a pathway for over 11 million undocumented people to obtain citizenship within 100 days of his presidentship.

On race in America

"I am the least racist person in the room" - Donald J. Trump


Mr Biden said that he understood why Black and Brown American parents fear for their children. He stressed the need to provide better access to education, healthcare, and economic opportunities and added that he has laid out a clear plan to provide this. The President, on the other hand, accused his opposing candidate of calling Blacks “super predators” and said that nobody has done as much as he had, for the Black and Hispanic communities.

According to Joe Biden, people should be going to rehabilitation and not jail for a drug problem and said that he is working for that to happen. The President responded that he would have never run for President and only did so because he believed that Obama and Biden did a poor job.

“I am the least racist person in the room,” the President insisted when the moderator asked him about his statements on the BLM movement.

Climate change
The President said that he pulled out of the Paris Accord because “they did us a great disservice, they were going to take away our businesses... It was so unfair.” He insisted that they have done an incredible job environmentally. The Democratic nominee pressed that climate change was an existential threat to humanity and is a moral obligation. He said that in his climate plan, they are going to invest in electric charging stations to own the electric car market, retrofit existing homes and buildings to leak less energy, and create millions of jobs whilst cleaning the environment.

President Trump claimed that Wall Street said Biden’s plan is an economic disaster. “This is the craziest plan... It is crazy and will destroy our country.” Joe Biden responded that solar and wind energy is the fastest-growing industry and pays good wages. “We can grow and we can be cleaner if we go the route I’m proposing.” He stressed the need to shift to net-zero emissions by 2035 and said he would rejoin the Paris Accord.

Their ending statements were regarding leadership.
Democratic nominee Joe Biden said that he will choose science over fiction, hope over fear, deal with systemic racism, and make sure that the economy is run by clean energy. President Trump said that if his opponent wins, the country will see a depression that it has never seen before and it will be a very sad day for the country.