Meet the Bangalorean who successfully completed a race that many consider the most gruelling one-day sporting event in the world. 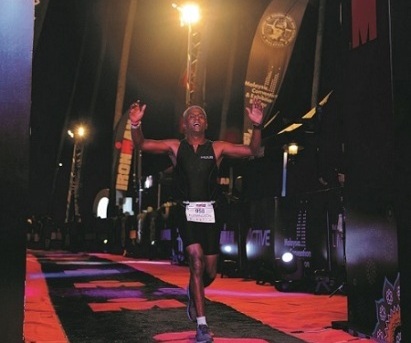 Bangalore: As the first ray of the morning sun fell on the island of Langkawi, known as the Jewel of Kedah, in Malaysia, thousands of athletes from all around the world gathered to participate in a non-stop race consisting of sea swimming (3.86 km), cycling (180.25 km), and running (42.20 km). Present amongst them was Dr.Flemingson Lazarus, 48-year-old dentist from Bangalore, all set to challenge his physical and mental endurance in the next 16 hours.

He is one of the finishers of this competition as a first-timer at the Ironman Triathlon which is considered to be one of the toughest one-day sporting events. The Malaysian circuit is on the list of top three most difficult courses to compete in out of the 50 plus races organised in various venues across the world every year. “It wasn’t a good idea to choose this circuit as my debut but I had no idea about it. The ignorance of this fact was a blessing in disguise as it did not demotivate me during the competition,” he said.

His passion for sports started at a very young age, which was a hobby and also a way of keeping himself fit. On an average he runs for 8 to 10 km on weekdays and for 15 to 20 km on weekends. To prepare for this event in particular he put in more than 20 hours of training.

For the past seven months he is being coached by Darren Nash from South Africa, a multiple Ironman himself. “I have never met him in person. His parents live in Bangalore and that’s how I got to know him. All the coaching happens online as he prepares structured schedule of practice and also monitors each training session through apps,” he said.

The uniqueness of Ironman is that it is all about fending for oneself. The onus of repairing a punctured tyre or any technical glitch and stocking food and water for constant energy throughout the race is on the athlete. “The mind game starts especially after six hours when the muscles have given way. What is happening? Why am I doing this? I shook my head, sipped water and forged ahead. This cruel, heart-breaking, and yet overwhelming experience will make you go crazy. Gratitude is all I felt in the end,” he said.