The Cs that plague the world 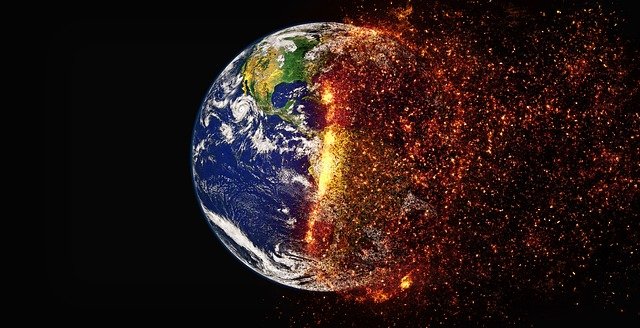 World leaders assembled virtually last week at the annual UN meeting to talk about a worldwide issue that has been plaguing us for centuries, but one that has heightened over the past decade.

After 2019 was declared as the second-warmest year on record by NASA, global leaders are convinced that immediate measures must be taken to slow the alarming increase in temperatures and sea levels. This year, according to Fiji Prime Minister Frank Bainimarama, is a “version of an environmental Armageddon”, whilst nations continue to fight the coronavirus pandemic that has diverted global focus from the climate crisis.

On September 24, 2020, starting at 11:30 AM EDT, the High-level Roundtable on Climate Action was convened by the UN Secretary-General António Guterres. The meeting, which was attended by several global leaders and decision-makers via video conference, covered topics related to carbon neutrality goals, boosting climate finance, climate adaptation and resilience. The Secretary-General and the Prime Minister of the United Kingdom, Boris Johnson, also announced that they will co-host a “landmark global event” on 12 December 2020, to mark the fifth anniversary of the 2015 Paris Climate Agreement.

In his opening statement, the UN chief urged everyone to switch to sustainable renewable energy in their plans to recover from the pandemic, to achieve a 45 per cent reduction in global greenhouse gas emissions and to prioritize most vulnerable nations and communities through just transition policies, international cooperation and solidarity. Urging everyone to commit to climate action, he said that if we continue on our current path, “the scale of suffering around the world due to climate disruption will be beyond all our imaginations.”
After leaders and officials voiced their opinions and plans of action, the UN chief returned to lay emphasis on abiding by science. He concluded with the reiteration of limiting the global climate increase to 1.5 degrees, reaching carbon neutrality by 2050 and a reduction in emissions by 2030.

The UN Global Climate Summit, which was originally scheduled for November this year, has been postponed to late 2021 in view of the COVID-19 pandemic. The next summit, COP26, will be hosted by the United Kingdom in November next year. Member countries that had signed the Paris Agreement (2015) have been asked to draw up and submit their regulations to curb greenhouse emissions by the end of this year.

The 2015 Paris Climate Agreement’s main goal was to limit the rise in global temperatures to 2-degrees, but the National Oceanic and Atmospheric Administration (NOAA) 2019 Global Climate Summary shows that the average rate of increase of combined land and ocean temperature since 1981 (0.18°C / 0.32°F) is more than twice as great as the average global temperature per decade since 1880.

According to NASA's Goddard Institute for Space Studies (GISS), nineteen out of twenty warmest years in history have occurred after 2001, with 2016 being the warmest. Carbon dioxide levels are at their highest in over 650,000 years with 414 parts per million in the air. NASA reports that over the past 170 years, human activities have raised atmospheric concentrations of CO2 by 47% above pre-industrial levels - more than a natural increase over a period of 20,000 years. This significant increase in accumulated heat - though not uniform across the world - is leading to varied changes such as temperature extremes, reducing snow and sea ice cover and changing entire animal habitat ranges. Temperature changes have led to migratory animals and other species, including alpine plants, to move further north looking for cooler areas.

Ironically enough, while this drastic temperature change has meant incessant rainfall in many parts of the world, some other areas have been hit with the worst-ever droughts seen in decades. Sea levels globally have been increasing at 3.3 mm per year. While that doesn’t seem like very threatening to some, it spells doom in the near future for many low-lying island nations. For example, island nations like Tuvalu (where the highest point is just a few meters above sea level) and the Marshall Islands, that have managed to stay free from the coronavirus pandemic, face the largest threat of their nations sinking as the planet warms. Tuvalu Prime Minister Kausea Natano said that “while COVID-19 is our immediate crisis, climate change remains the single greatest threat to the livelihoods, security and well-being of the Pacific and its peoples in the long run.”

The new climate crisis countdown clock that flashed “Earth has a deadline” every few minutes, had been temporarily erected in New York City. The installation remained in New York’s Union Square until September 27th - the end of Climate Week - and displayed that there are only 7 years left until Earth’s current carbon budget is depleted.