The Art Of Demystification

A discussion on the relevance of political biographies, by two renowned authors at a literature festival 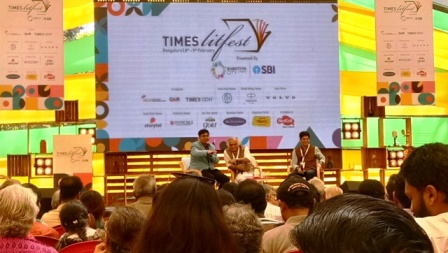 Bangalore: Redeeming a personality should not be the aim of any piece of writing and, at the same time, no person of the past should be judged by today’s yardstick, said Jairam Ramesh, former Union Minister and author, here recently.

He was speaking at a discussion on the “Relevance of Political Biographies”, a part of the Times Literature Festival; held on February 8 and 9 at Jayamahal Palace.

The other participants at the discussion included moderator Manimugdha Sharma, a Delhi based journalist and author of “Allahu Akbar”, a biographical account of Emperor Akbar; and Vaibhav Purandare, biographer of Veer Savarkar.

Mr. Purandare, who agreed with several of Mr. Ramesh’s observations including that a biographer should be objective, said that biographies should help us enlighten the present. He drew an example from Savarkar’s anti-Muslim stand and the nature of CAA and NRC.

Mr. Ramesh, who shifted the focus of the discussion to the importance of written history and sources, said: “Indians are the greatest investors of facts”. He added that we in India did not have substantial knowledge for writing biographies as there was a lack of written evidence in our culture.

Asked about the recent trend of writing biographies and whether they tried to Ionize or demonize a person, Mr. Purandare strongly disagreed. He said that skill of writing biographies had refined in recent times which should be seen as a positive development. Mr. Ramesh seconded that opinion and highlighted the point of India having a lack of good biographical writers. “No budding biographer should start writing about primary material,” he added.

Quoting Dr. Ambedkar, Mr. Ramesh said that the greatest danger to democracy came from ‘Bhakti yoga’ – whose parallels he drew with biographical writing and said that the end product should not be a result of our love or hate for a person, but should be based on our knowledge regarding the subject (Gyan yoga)

Mr. Ramesh, whose subject was V. Krishna Menon, symbolised as the reason for India’s 1962 debacle against china, highlighted Menon’s contribution to freedom struggle, his skills of persuasive speaking, and his problems in personal life. Mr. Purandare spoke on his highly misunderstood subject, Veer Savarkar’s rational and scientific thinking, his stand against casteism, and call for unity. He also spoke about Savarkar’s idea of Muslims being outsiders and his ‘Hindutva’ concept.