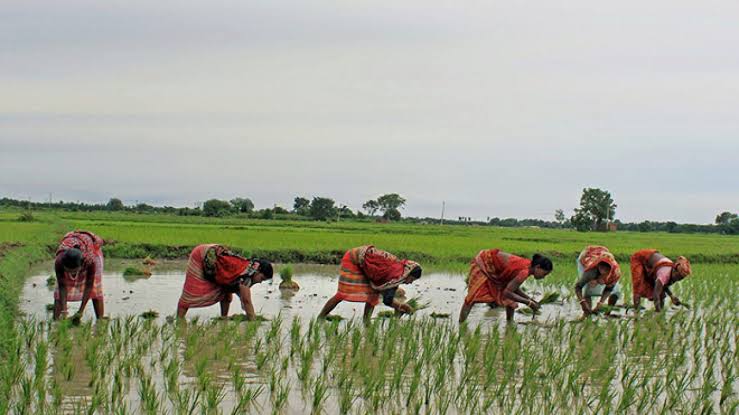 The vagaries of weather, lack of labour, acute water shortage and high input costs are some of the major issues facing the Indian farmer. The farm laws passed by the Union government came as a real blow for the farmer against which they have been protesting for many months now.

A panel discussion held recently by Bangalore International Centre, on 'Myths about Rural India: Indian Agriculture Demystified' was moderated by Sadipan Bakshi, a Director at the Foundation for Agrarian Studies, Bengaluru, to understand the salient features of the Indian rural economy.

Examining the three farm bills, R Ramakumar, a trained economist and a professor at the School of Development Studies, Tata Institute of Social Sciences, Mumbai, recognised that they intend to give a new form to the Indian agricultural market. He discussed the impact of the price policies introduced after 1965, including the National Food Policy which introduced ration shops and food subsidies. He also stated how the State-level Agricultural Produce Marketing Committee (APMC) Act established mandis, enabling farmers to discover better prices and auction their produce profitably. He argued that India needs diversification of cropping patterns and should move to high-value, export-oriented crops. The lack of mandis forces farmers to sell their produce in their villages; while 41,000 mandis are needed, only 7,000 are in place. These small and marginal farmers also cannot afford the transportation costs. He also said that, although the contract farming legislations allow farmers to discover better prices, they should be better regulated, and a grievance redressal mechanism should be put in place. He also explained how these laws endeavour to draw private investment towards agricultural markets and boost contract farming. After examining the ideas that favour and disapprove of these farm laws, he sought possibilities for a feasible solution and alternative.

Exploring the heterogeneity in Indian agriculture, Aparajitha Bakshi, a development economist, clarified how the income of most agricultural households is considerably lower than their consumption. According to a Situation Assessment Data (SAD) taken in 2013, 60% of farming households earned an income lower than their average consumption. This number rose to 80% in the animal husbandry sector. This forces farmers to depend on informal sources of credit. The speaker also said that SAD's statistics indicated that almost 75% of agricultural households didn't earn enough to cross the poverty line which was then at Rs. 600 to Rs. 700 a month. Her analysis busts the myth that agricultural subsidies are redundant and many farmers earn large profits.

'How do we measure women's work in rural India?' was one of the questions answered by Madhura Swaminathan, Chairperson of the M S Swaminathan Research Foundation, Chennai. Having worked on food security, agriculture, and rural development for over 30 years, she emphasised how women play a crucial role in agricultural households and contribute to the economy. She said that land is the primary asset for agriculture, and men hold 85% or more of the legal agricultural land, and most of the 15% of women who own this land are either widows or other women without a male family member. She questioned the concepts and definitions that measure women's work.

According to the 2011 national census, 35% of women in rural areas were workers, and 80% of this fraction were into agriculture. The Periodic Labour Force Survey 2017-18 states that only 25% of rural women were engaged in economic activity of some kind. "This number is blatantly absurd," she says. Many rural women are barely literate and, unlike a 9-to-5 job, their work is intermittent, so they consider themselves as not working. According to a time-use survey, which asked rural women to describe their activities from morning to evening seven days consecutively, the percentages of women who participated in economic activity vary. During the harvest season, 82% to 90% of rural women were partaking in economic activity, and in the lean season, when there is very little agricultural activity, the number stood at 64 to 70%.