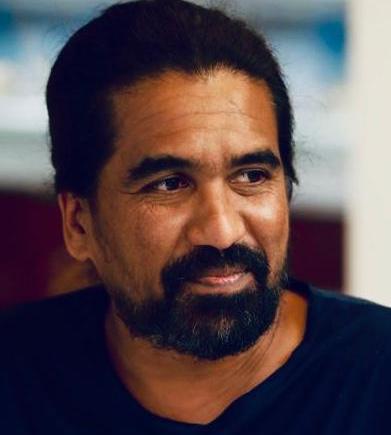 Jacob Varghese, known for his movie 'Prithvi', has been one of the few directors who have been successful in inspiring their audience. All his movies have compelling subjects that aim to engage as well as leave a permanent impact on people. The two-time national award-winning film-maker says he is still learning. This director, who stays off social media, opens up to NSoJ on his celluloid journey and beliefs.

Excerpts from an exclusive interview:

Q: How did you get into movies?

A: I am an accidental film-maker. I began by making a short film (Andhiyum) which was screened in Montreal and later won me the national award. Then, I decided to continue making movies.

Q: All your movies differ from the mainstream. Is this deliberate?

A: Every film gives the audience instant gratification. But I look for the impact it makes on the people and the thoughts it leaves behind in their minds. Over time, people forget everything- the money the movie made or the difficulties faced during it's making. What remains is the impact the movie has left behind. I believe that in any work, we have to look at the bigger picture rather than the shorter gains which are temporary. It is not a conscious effort to make a certain kind of film, but it happens to be the reflection of society we are living in.

With the advent of Netflix, Amazon Prime, and other streaming platforms, film-making has become tougher. A lot of content is being aired and if the movie is not good, no one watches it for more than five minutes. It is so merciless. Today you need to make films which have the potential to keep the audience engaged.

Q: What role does social media play with respect to the movie industry?

A: I think social media is irrelevant. But it is a good platform to promote films and give them wider reach. However, I am not in the social media rat race. I have never had a Facebook account. Now, the new trend is not about making a good film but about making a social-media-relevant film. The focus is on how a particular trailer hit one lakh views in an hour and so on. I do not make films for such glory. My focus is on making good films. It all again comes down to visualising the bigger picture. After three years no one remembers the number of views a movie trailer got, but the people will always remember the thoughts it has left behind and the impact it has had on them.

Q: Your films are noted for their music. What are your thoughts on that?

A: I always seek out music that complements my films. But the music produced also depends on the kind of brief you give the music composers and lyricists. Also, songs are a good medium to express emotions and narrate the story in a limited amount of time. Every song has to help in the movement of the movie.

Q: Your movie, "Chambal" was based on a very controversial event (the death of IAS Officer D.K. Ravi). How challenging was this project?

A: When you select a certain path to travel, you face a number of hurdles and roadblocks. You should be prepared to face them. You cannot be fooling yourself. If you decide to make a movie such as "Chambal" you cannot expect that the process is going to be easy and comfortable.

Q: It is said that you don't watch your movies once you finish working on them. Why is it so?

A: The last time I watch my movie is before it goes before the Censor Board. This has been my practice since my first film. I think it is a good way for me to move on to my next film, leaving behind the baggage of the previous one.

Q: What are your thoughts on the Kannada movie industry?

A: Now, the industry is very welcoming. In terms of numbers, a decade ago, the industry produced about 60 films annually. We have now touched 350 movies a year. However, the percentage of "hit" movies has not increased proportionately. But this "hit and flop" percentage exists across the movie industry, not just in Kannada.

Q: Tell us about your work-life-balance.

A: I lead a very normal life. It is the same routine: get up, work, and go back home. Financial stress is the only thing we (film-makers) almost always have. Everything else is pretty much the same. It is a myth that people in the film industry are always busy and travelling around. Yes, we do run around for the 50 or 60 days while we are shooting. Otherwise, it is like any other profession. In fact, we are the people who have the most free time.

Q: What is your next project?

A: My next movie, "Sakalakalavallabha", is a "rom-com" (romance-comedy) and a family entertainer. We are now in post-production stage. The promotions will start soon, and we plan to release it by the year end.