An inside story that looks into the back-to-back blasts in Bihar, where the ruling BJP has been vocal and the Opposition remains muted. 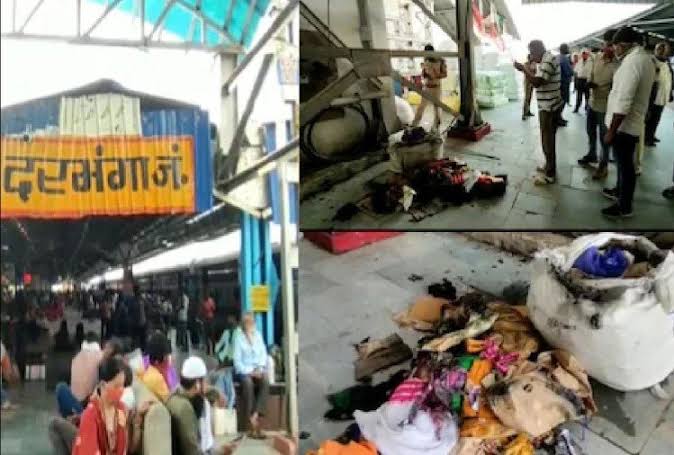 Not very often does it happen that a ruling party goes berserk over a major law & order issue while the opposition maintains silence.

After a bomb blast in a madrasa in Banka on June 8 earlier this year, another blast in quick time has brought the issue of terror in Bihar to the forefront. This time, a low-intensity blast at Darbhanga railway station.

Banka is a town and a municipality serving as headquarters of the Banka district in the state of Bihar, India. The Hindi meaning of banka is "brave".

On 21st June, a parcel suddenly blasted during the rush-hours at the station. Luckily, none sustained any injury as it exploded, probably, at the wrong time. NIA has so far arrested four men concerning the blast.

At the centre of talks on terror
Bihar has always been dragged into the matters of terrorism. Sometimes as a victim or for direct or indirect links of attack at some other place in the country.

Owing to its highly porous international border with Nepal, north Bihar has, over the years, emerged as a fertile and conducive ground for terrorists to enter, execute attacks and return unscathed. 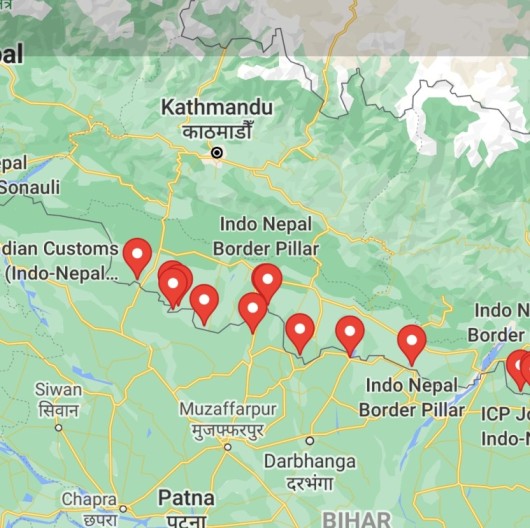 One of the most ghastly attacks happened in a pilgrim city in 2012. The much-revered Mahabodhi temple in the city of Bodhgaya was rocked by recurring blasts.

The existence of the pervious border has also flourished illegal trading. And to a major concern, such smugglings expand to the area of dangerous arms and weapons.

As recently as February this year, J&K DGP Dilbagh Singh stated that militants in Jammu, aiming to replicate the Pulwama attack, were supplied with arms from Bihar. The 2006 Mumbai Local train blast and 2012 Bengaluru's Chinnaswamy stadium blast too traced their roots to Bihar.

Now the fresh incidents have reignited the talks on terror which the BJP have pounced on.

BJP thrilled
Bihar BJP has gone all guns blazing over the incidents. The key NDA constituent was the first one to immediately advocate for an NIA investigation after blasts both in Banka and Darbhanga, even if it comes at a cost of undermining their own state ATS (anti-terrorism squad).

The saffron party has employed its motormouths like MLA Haribhusan Thakur to up the ante on Muslims and madrasas. He called for the closure of all madrasas as it functioned as "breeding grounds for terrorists," while Muzaffarpur MP Sanjay Nishad took the opportunity to vent his dislike for 'maulvis' who, for him, brainwashed the pupils.

However, BJP allies in the ruling coalition unequivocally distanced themselves from its stand and even went on to denounce their talks as attempts to communalise the issue.

The Hindutva party, after establishing itself as a force to reckon with, is sensing an opportunity to further consolidate its Hindutva base in the battleground Bihar, fractured on caste lines. In fact, it is caste-strife social dynamics followed by the advent of Mandal politics since the late 80s and early 90s that kept BJP at bay for a long time in this electorally crucial state.

Others Muted
BJP' ruling allies, with opposition, have slammed the party for its communal politics, despite being in the coalition which rules the state. If the extremely vocal attitude adopted by one reeks of electoral interest, the calculated silence from the others isn't any different.

RJD, the largest party in Bihar, is also electorally strongest when it comes to core and dedicated voters base. State's 16% each of Yadavs and Muslims, constitute a solid all-weather voting block. The arrival of Owaisi and his party by a storm in the last year's assembly polls has alarmed the party. Henceforth, it, with its ally Congress, had chosen to let go of the Nitish Kumar-led dispensation even if it remains unsparing on other issues, including law & order.

Nitish Kumar, who never misses a chance to reiterate his 'commitment' to zero-tolerance for crime, corruption and communalism, is believed to have nodded his men and other smaller partners (HAM & VIP) for downplaying the incident followed with a dismissal of ally BJP's venomous talks.

If not entirely, the Nitish Kumar-led JD(U) has managed to secure the faith of a chunk of backward minority voters through his repeated 'commitment' as well as welfare works categorically designed to uplift their socio-economic status.

Jitan Ram Manjhi's HAM and "Son of Mallah' Mukesh Shahni, NDA allies, too seem optimistic about broadening their outfits' base to minorities apart from individual castes from the Dalit community.

Thus, the electoral game is driving parties in Bihar to the way they speak on this matter. For the Bharatiya Janata Party, the upcoming assembly elections in the neighbouring Uttar Pradesh is an added motivation.