Telecom Industry Slipping Into A Monopoly?

A look at the recent developments in the Telecom sector and the effects of it. 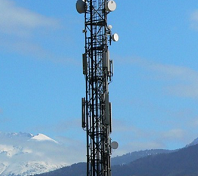 Bangalore: Major telecom companies of India, Bharti Airtel, Vodafone-Idea, and Reliance Jio on December 2, 2019, announced that they would increase the charges across the prepaid packs by an average of 15 percent to 41 percent. This increase came following the Supreme Court's verdict of October 24, 2019, and to cover up the losses that the telecom companies had declared for the quarter ending September 2019. The Supreme Court on February 14, 2020, brought in a conclusion to the case by issuing a 'show cause' notice to the telecom companies regarding the non-payment of dues. It also warned them that they could be hauled up under contempt of court if they failed to make payments immediately. Following the order, on February 17, the telecom companies paid Rs 14,697 crore collectively to the Department of Telecom (DoT).

The steep increase in the rates has affected the people who were till now enjoying the easy availability of data at a reasonable cost. "With the introduction of bundled packs, we were used to having a lot of data and unlimited calls at our disposal. But after this increase, we will have to pay an extra amount of Rs 100 or Rs 150 to get the same benefits. This has left me thinking whether I should pay more or cut down on my data use," said Sushmitha, a software engineer. With the increased use of mobile data, digital payment, cashless transactions .etc. have grown rapidly, putting 'Digital India' on a success track. But will the increase in rates hinder such growth, is something that can be answered only after the market stabilises. "After the increase in the rates, I had to opt for a pack that offered less data. I use data meticulously now and prefer to pay cash at many outlets instead of digital payment methods. Even if I want to make a digital payment, it is tough since the data speed is slow often," said another user, Suhas.

The Supreme Court on October 24, 2019, said that the Aggregate Gross Revenue(AGR) dues were to be calculated as per the Central Government's interpretation and the dues have to be paid by January 23, 2020. However, the telecom companies raised a review petition which was subsequently overruled.

In 1999, a new telecom policy came into existence. According to the policy, the telecom companies had to pay licencing fees which would be a fixed share of their revenue. This system of paying a share of their revenue to the government led to the confusion between the Telecom Department and the telecom companies. In 2010, the operators started buying the spectrum through an auction mechanism. This in-turn made the licence fee redundant. The companies argued that the government should consider only the revenue gained through the telecom business, while the Department of Telecom(DoT) insisted that the share would be calculated on the overall revenue of the company, including non-telecom revenue such as interest and dividend income. These AGR and spectrum usage dues have grown over the years. Vodafone-Idea and Bharti Airtel now owe Rs 53,039 crore and Rs 35,586 crore respectively to the government. 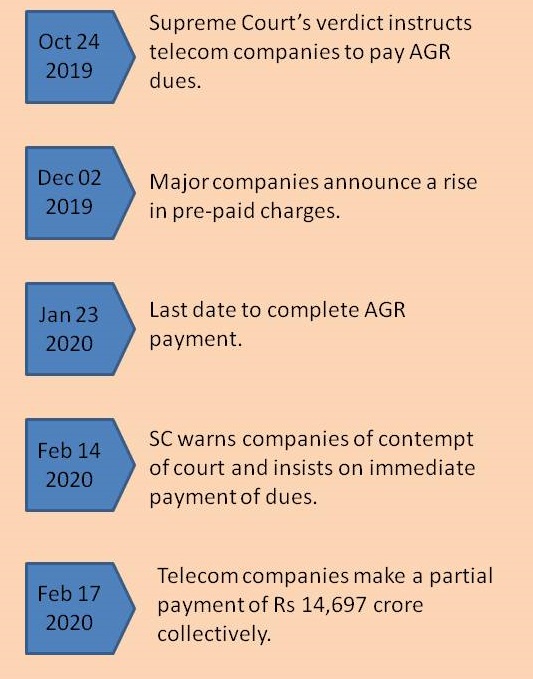 In addition to AGR dues, the induction of Reliance Jio into the market was one of the reasons for the rise in competition. The telecom companies started to introduce bundled packs at lower prices to compete with Jio. This eventually resulted in losses to them.

Indecisiveness and reduction in the Interconnect Usage Charges(IUC) have also been a burden on the telecom companies. IUC is the amount charged when calls are made across networks. At present, IUC is at 6 paise/minute.

Vodafone-Idea had already threatened the government that if it was not given enough time, it would have to close the business in India invariably. The telecom industry has to re-innovate itself and the steps the companies plan to take are still unclear.

With these developments in the telecom sector, will the Indian telecom market slip into a duopoly or monopoly and will this have a direct effect on the implementation of Digital India. These questions remain unanswered.