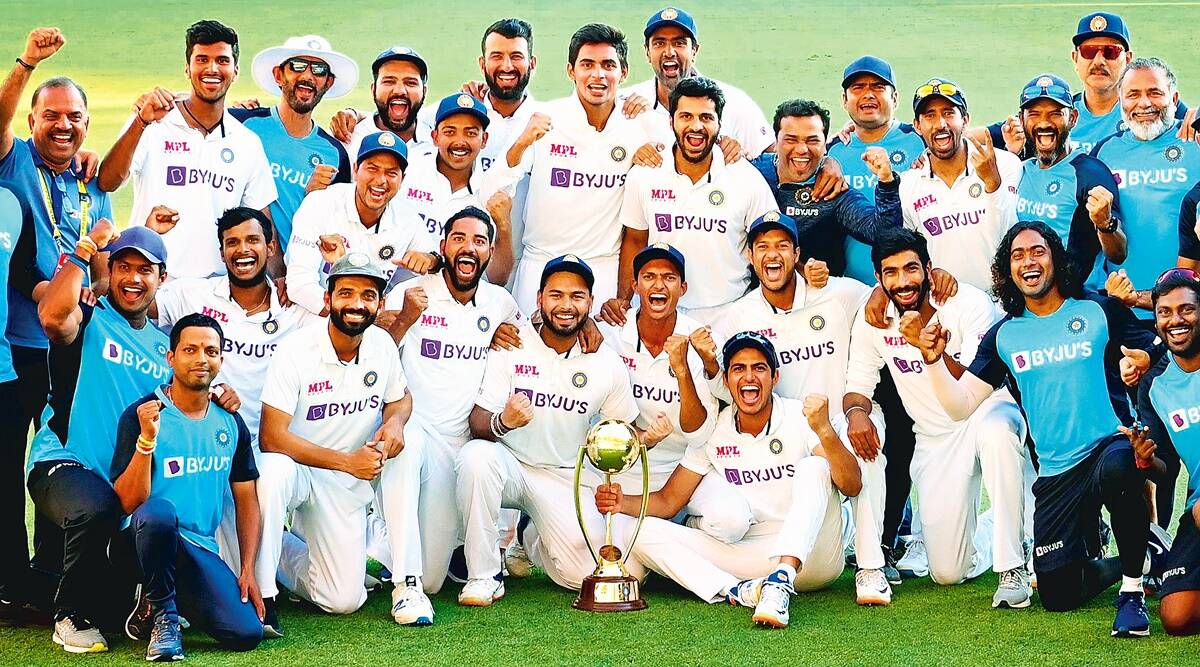 Bengaluru: A fearless Indian team, driven by its courageous youngsters, pulled off a nail-biting three-wicket win over Australia on January 19 in the fourth Test at the Gabba, Brisbane. By clinching the series 2-1, the team retained the Border-Gavaskar Trophy. It had won the Test series against Australia two years ago, and now the Indian team cherished the consecutive victories.

India chased down a difficult target of 328 when it started batting on day 5 at 4/0. It was the highest Test total ever chased by a team in the fourth innings at the Gabba. It was also Australia's first Test loss at the venue since 1988. The victory lifted India to the top of the ICC World Test Championship standings with 430 points.

The wicket-keeper batsman Rishabh Pant, who slammed an unbeaten 89 runs off 138 deliveries, took the visitors across the finish line.

“This is one of the biggest moments of my life and I am happy that the entire support staff and my team-mates supported me when I wasn't playing the previous matches. I always wanted to win games for the country and I did it today," Pant said at the post-match presentation ceremony.

On the victory, Indian skipper Ajinkya Rahane said: "It means a lot to us. I don't know how to describe this. Our boys showed a lot of character and determination after the Adelaide Test. I am proud of each individual." Australian captain Tim Paine added: “We were outplayed by a better side in this series."

The visitors had a slow start on day 5 losing the wicket of Rohit Sharma in the first session. With the departure of the Indian vice-captain, Shubman Gill scored a flamboyant 91-run knock off 146 balls, which consisted of eight fours and two sixes. He was supported by Cheteshwar Pujara, who played a typical Test cricket knock, scoring 56 runs off 211 balls. He bravely countered several blows to the body and played the sheet-anchor role.

Pat Cummins with a four-wicket haul was the pick of the Australian attack, who bowled 24 overs with pace and hostility. He was adjudged the Man of the Series. Mohammed Siraj was the best bowler for India with 13 wickets in three matches.

The series win was a remarkable achievement considering that India, was bowled out for the lowest Test score of 36 to lose the first Test in Adelaide. The side bounced back to win the second Test in Melbourne and drew the third in Sydney. The visitors were ravaged by injuries throughout the series, and captain Virat Kohli's absence owing to paternity leave had posed a greater challenge for the team to win the series.