Tanhaji Roars Its Way Through 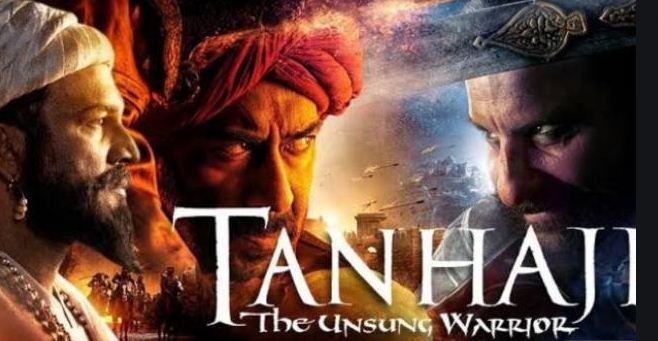 Tanhaji- The Unsung Warrior is an unapologetic ode to Chatrapati Shivaji’s aid and the great Maratha General of the 17th century, Subedar Tanhaji Malusare. The film depicts a fictionalised version of the events that took place in the Maratha empire in 1670, a period which determined the geography and demography of India.

The film manages to hold the essence of realism intact. It introduces Tanhaji, the protagonist, in a guerilla warfare sequence and follows a chronological screenplay, with a simple and predictable storyline. Sandeep Shirodkar’s background music keeps the audience intrigued. Be it the ‘Ra Ra Ra’ track during combat or the soulful ‘Maay Bhavani’ during lighter moments, the soundtrack compliments the scenes well.

The action is the highlight of the film, it is well-choreographed and masterfully enacted by the ensemble. Despite these highs, the film treats its characters with broad strokes, dismissing any grey areas, which might be a problem for some. But thanks to the powerful performances by some of the veterans in the business, you accept whatever is served straight away.

Ajay Devgn is calm, strong, likeable, and puts forth a brilliant act, be it the lighter scenes he shares with Kajol or his breakdown in front of the king. Commendable as his act is, Devgn’s spiked hair might be bothersome to viewers. Kajol as Savtribai doesn’t have enough screen time but she makes the most of her role.

Sharad Kelkar does justice to the legend of Chhatrapati Shivaji Maharaj. His voice, stature, and delivery leaves a lasting image of the king imprinted in the audience’s minds for a long time.

Saif Ali Khan’s portrayal of Uday Bhan, stands out in the film. Though Mr Khan has had his fair share of appreciation, this masterful performance will cement him with the masses. Om Raut’s compelling filmmaking skills brings out the wicked, brawny, but also disciplined character out of Saif Ali Khan.

Overall, the film is an enjoyable experience and the small blips are overshadowed by intelligent film making and extraordinary performances.