As the global community continues to fight against the pandemic, it is necessary for us to analyze the different approaches adopted by two of the largest countries in the world and how that made a world of difference in containing the spread of the virus. 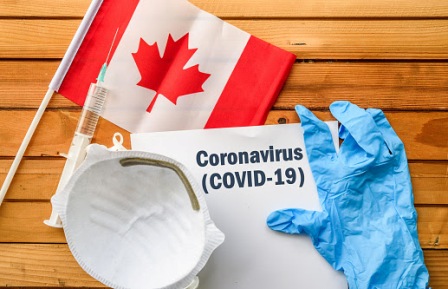 The world’s second and fourth largest countries respectively, Canada and the United States of America are neighbours but with very different approaches to and experiences during the current pandemic.

Today, the United States of America remains the worst affected country. As pointed out by critics, there were several loopholes in the country’s approach to the pandemic. Atlanta based Centre for Disease Control (CDC) is in charge of monitoring and tackling diseases similar to COVID-19, such as Ebola in the USA. When the COVID-19 virus broke out, the CDC started to screen the passengers who flew in from Wuhan. The country registered its first case on February 19. The man, Patient one, had recently travelled to China. The first human-to-human transmission was linked to the second case of the country, the patient’s spouse. The second case raised a sense of fear among citizens, who insisted that the government take stricter measures to prevent further spread. However, the administration maintained an indifferent attitude, making it look as though the rise in the number of cases was slow.

Canada, on the other hand, was more proactive in the beginning, especially with testing. In the earlier stages, this is what made the difference. Canada’s testing rate was much higher than their southern neighbours. Quicker testing enabled the country to isolate the sick, trace contacts and limit the spread of the disease. While defending the deficit in the budget the Canadian Prime Minister Justin Trudeau stated that the country was able to control the spread much better than their allies, “Including, particularly, our neighbours”.

While there remain many reasons for the better performance of Canada, one clear-cut advantage they have is due to the demographics of the country. Canada’s population is less than one-ninth of that of the United States and none of the Canadian cities are as densely populated as the US metros. “The geographical distribution between the major cities has undoubtedly played a role,” said Jason Kindrachuk, a virologist at the University of Manitoba, Canada.

In the case of America, according to The New York Times, it was a collective failure of bureaucracy. Paul Offit, an infectious disease expert, in an interview with the Global Times, claimed that the pandemic was largely ignored by the administration. In the same interview, he went on to say that the country’s plan to fight the pandemic (that was set up in 2009 after the outbreak of H1N1) was scrapped by the Trump government. Other major reasons cited for the outbreak were the higher density of population and a greater number of marginalized people, according to Global Times.

Canada has a universal health model: the public can access it without any insurance or additional costs. The insurers in America remain a major financial hurdle for the people. Canada’s health system is single-payer, mostly public-funded whereas that of the US is multi-payer, majorly private-funded, though the US (17.8%) spends more GDP on healthcare than Canada (10.4%), which in fact, is the highest in the world. (Wharton school of the University of Pennsylvania).

The way the public reacted to the pandemic in both these countries was also very crucial. We saw the beach parties happening in Miami and California. Canadians were comparatively more disciplined. As soon as the lockdown measures were announced, the public were vigilant and followed them widely. “Canadians had a healthy respect for the virus. At every turn they realised that they had to get it under control” Paula Newton from CNN stated.

The partisan divisions in Canada are as divided as in the United States of America but during the pandemic, while the former chose to shed it, the latter didn’t. The opposition conservative leader of Canada, Doug Ford, called the deputy Prime Minister Chrystia Freeland an “absolute champion”, in dealing with the situation. The Trudeau government received 63% approval from the public for their handling of the pandemic, according to three recent surveys held by EKOS Research, the Angus Reid Institute (ARI) and the Innovative Research Group (IRG), stated Canadian Broadcasting Corporation.

Having said that, the US eventually overtook Canada in the number of tests. Quebec and Ontario were mainly suffering. As a result, Mexico threatened to hold back its migrant workers. As of 8th August, Canada has just more than a hundred thousand cases with almost nine thousand deaths. The situation is far from perfect, but it was their approach that they were lauded for, as compared to the US.

In the end, it all boiled down to the swiftness of the government’s response to the pandemic. Even Canada is not doing the best job in the world (In an earlier phase, the Canadian government was unsuccessful to stop all incoming flights from China and neighbouring countries). While on one hand, Donald Trump called it the ‘Chinese Virus’, a Canadian health official tweeted against the racist act of naming and blaming the Chinese and other Asian communities, calling it unacceptable. This is where the difference lies.