Taking Commuters For A Ride?

What happens when apps formulated to make life easy become the cause of inconvenience? 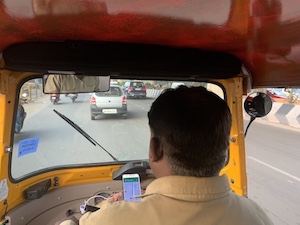 Bangalore: In the past few years much has been said about Bangalore’s rapid expansion and the traffic gridlocks that followed. However, the city’s subsequent dependence on app-based travel services is widely known, yet barely discussed.

“I have been working in Bangalore for almost a year now. During this period, Uber or Ola cabs and autos have been my main mode of transport,” says Devika (name changed), a marketing professional from Delhi.

For students and young professionals like Devika, app-based travel has become a fixture in their daily commutes. But why are young adults gravitating towards online services, preferring to book rides instead of simply hailing an autorickshaw or a cab? The answer, commuters say, is pricing. “When I try to hail an auto on the road, the drivers tend to quote extremely high rates, even for short distances,” Devika adds.

The city's traffic has facilitated the growth of online applications such as Uber and Ola, as Bangaloreans are increasingly looking for ways to avoid driving on city roads. "Even though I own a vehicle, I prefer booking a ride if I need to travel to the other side of the town," says Karishma A., a resident of Indiranagar. "I would rather not brave Bangalore traffic and drive if I can help it," she adds.

Cab aggregators Ola and Uber were launched in the city in 2010 and 2013 respectively. Both applications were received positively owing to their reasonable rates, 24-hour service, and easy commuting. Over the years, however, passenger grievances against the aggregators and their services have been on the rise. Exorbitant rates, misbehaving drivers, poorly-maintained vehicles, are incidents that commuters commonly face.

An issue that passengers frequently encounter is the refusal or cancellations of trips by the drivers. Roshini M., a college student, says she has had to pay a cancellation charge when a driver refused to travel to a certain location. "They [the drivers] just make me wait until I cancel the ride."

According to commuters, drivers have even cancelled rides if the passenger did not speak Kannada. "Drivers have often cancelled the ride once they realised I did not speak the language. Even when I do get a cab or auto, there have been drivers who, throughout the ride, have lectured me about how I must speak the local language if I wish to stay in Karnataka," states a passenger who wishes to remain unnamed.

Such situations are not uncommon, often making matters worse if there is a shortage of drivers in an area, says college student Mahadevan K.V. "I had to travel to the city from Whitefield for an examination. I tried booking a ride six times, using both Uber and Ola, and each time the drivers would cancel." 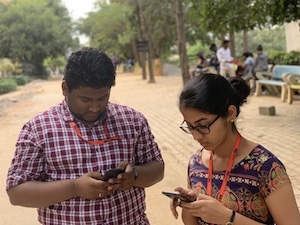 The major concern that surrounds app-based travel, however, is the issue of safety. Although both applications have in-app safety provisions (Ola allows passengers to share their trip status, and Uber has a 'Safety Toolkit'), the system is not infallible.

Autorickshaws under Ola, for example, have been operating with two numbers in Bangalore: the number on the vehicle's license plate and a different one registered with the aggregator. "I always share my trip details with a family member in case of an incident, but if drivers operate with two numbers, it is a major cause for concern," says Nishelle P., a resident of Ramamurthynagar.

Recently, this reporter was faced with an unusual demand by an Ola autorickshaw driver; he would agree to travel to the specified location on one condition- cancelling the trip on the app. Cancellations nullify the trip, making it impossible for the aggregator to any trip-related transactions or the trip itself.

While both aggregators have partnered with NGOs in various States to organise 'sensitisation workshops' for drivers, there is no information about such measures being initiated for other employees of the organisation.

Earlier this year, a female passenger alleged that a driver called her inappropriate names and threatened her with sexual violence in Bangalore. The customer-care personnel who received the safety alert reportedly made contact with the driver, enraging him further. According to her post on social media, the aggregator did not assist her with booking a second cab, leaving her stranded in the middle of the night.

Despite several attempts, both Ola and Uber were unavailable for comments.