In this sea of Lazarus literature and lost art, Stoner is a shining star. 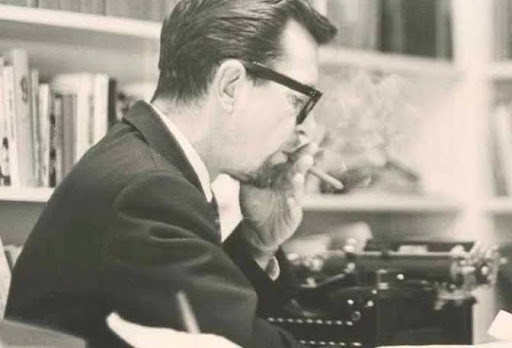 Literature’s great expanse can often be intimidating to navigate. The books we choose to read are determined by the availability of resources, based on personal beliefs, and provided by chance at certain times. There is, of course, a vast array of genres, several centuries and an uncountable number of writers to choose from.

However, at the centre of all this hullabaloo, lie all the books that have gone unread. Works of literature that did not make it into the limelight but of such undeniable merit that make you wonder – where were these all this time? Stoner by John Williams is one such book.

An ‘undisturbed classic’ seems a fitting title for this forgotten novel that was published in 1965. There is a simple explanation for this. Stoner is a book about a common man. Set a generation before the author’s own, the book paints a picture of the life of the eponymous William Stoner at the University of Missouri during the early years of the 20th century. Portraying life in and around such a place, the book has been categorized as a ‘campus novel’. The inspiration behind this is autobiographical as the author had previously taught at the same university himself.

The magic of Stoner lies in its message – the significance of human life. It is a story of a man and, by extension, all of humanity. The book reads like a bildungsroman, as we follow Stoner’s departure from his family, his initial objective of studying agricultural science to better aid his father in his fields and his subsequent decision to study literature. The university serves as a point of reference for Stoner’s life, taking the form of his raison d’etre to the extent that most of his time is spent on campus.

Through its linear and direct narrative, Stoner unravels a heartbreaking story of love and its inevitable loss; companionship and overwhelming loneliness; passion and unshakable duty; and meaning and futility of life. These themes are accentuated by impactful dialogue and subtly climactic scenes that add a reserved gravity to the writing. Certain lines are sure to stick with you long after you read them, one of them being –

In its simplistic yet moving prose, Stoner occasionally reveals the contents hidden beneath the surface of human life. The facets of the human condition are thrown into turmoil, overwhelming both protagonist and reader. Williams, however, masterfully delivers a conclusion that is second to none. The resolution of Stoner is the climactic end of the anti-climactic nature of every human being. It epitomises the saying, “Dust thou art, and unto dust shalt thou return”. At the same time, Williams subverts the literary trope of the glorified protagonist by making his life as mundane as ours. But the true story lies in the small things, the collected moments of significance in a life that is no more special than another.

In recent years, Stoner has been more publicized than ever before, thanks to many authors championing the book. As a piece of literature, it is somewhat of a retrospective classic. As a piece of art, it is of the highest quality. And as a piece of human history, it is a remnant of the past, one that may or may not make it into your life but whose influence will be eternal.

“Lust and learning… that’s really all there is, isn’t it?”