Social schemes and the Neta

Lately, election campaigns and our netajis have turned their entire attention on one broader promise, but who will pay for it? 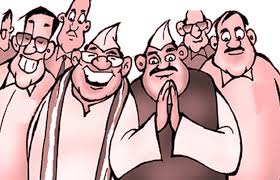 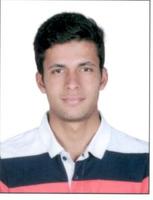 In the Indian context, social schemes usually refer to initiatives announced by the Central and State governments to provide subsidies for food, housing, healthcare etc. Most often, these are provided to the financially weaker and/or backward sections of society to reduce their financial burden.

Historical background of social welfarism
In the early 1970s, Indira Gandhi, the then Prime Minister of India, used the slogan, “Garibi Hatao” thereby projecting herself as the leader of the poor by consistently talking about issues such as poverty, housing, and stringent laws to protect the vulnerable. Her ‘Twenty Point Programme’ focused exclusively on women’s empowerment, justice for members of the SC/ST communities, and increasing the income of the rural poor. Few of the policy changes made to that effect pertained to raising the income tax exemption limit from Rs. 6,000 to Rs. 8,000, confiscation of properties owned by smugglers, the ceiling on ownership and possession of vacant land, and acquisition of excess land which is something that current governments also continue to practice according to their political slants and vote banks.

“Sabka Saath, Sabka Vikas” and “Ma, Mati, Manush”
The slogans cited above were used by Prime Minister Modi and West Bengal Chief Minister Mamata Banerjee respectively, during their rallies. The former specifically means, “Everyone’s support and everyone’s development” while the latter refers to the strong regional aspirations that are aimed at a more localized, linguistic and cultural roots of the state. These slogans are truly indicative of the direction in which politicians want to govern.

The economic survey of 2020-2021 reveals that the expenditure on social services and schemes increased to an all-time high of ₹17.16 lakh crore and a major chunk of this money went into public health, family welfare, water supply, housing, urban development, the welfare of SCs, STs and OBCs, labour welfare, social security, nutrition etc.

A winning formula for our netas
Now, let's turn our attention to how our elected representatives are benefited from implementing these programmes, and if it is a sealed victory if an incumbent government succeeds in fulfilling these socialist policies?

For instance, let's take two states, Odisha and Uttar Pradesh. The former is a relatively small eastern state and the latter is the most populous state in the country. Under Odisha Chief Minister Naveen Patnaik, the state in the last two decades has spent a lot of its finances on initiatives such as providing 1 Kg of free rice to the poor, compensation to flood victims every year because of Odisha’s infamous cyclones and creating rural employment in the mining industry. For 22 years, the leader has not been in the opposition.

Uttar Pradesh, which re-elected the incumbent government again points to a similar model. Yogi Adityanath projected himself as the leader of the masses with a strong regional appeal while focusing on law and order, food security, and development in rural areas. A C-Voter survey also pointed out that while 34% of women voted for the opposition, a relatively higher proportion of 48% voted for the BJP because of policies such as the food subsidy programme during the Covid Pandemic, Pradhan Mantri Awaas Yojana, and building a toilet in every household. These are issues that were more relatable to women. Similar trends are also seen in states like West Bengal, Bihar and Assam.

Although there is no specific research on this phenomenon, there are surely clear signals from the electorate that leaders who prioritize the implementation of these schemes would be rewarded electorally.

But these trends also need to be looked at from another perspective which tells us about the worrying signs of the economy. As per CMIE, an independent think tank data, the estimate of unemployed people in India is 53 million as of December 2021. Ensuring social welfare through basic needs is a much-needed step, but that should not stop us from questioning leaders on the nation’s long term economic vision. Otherwise, even the biggest revenue-generating centres such as Mumbai, Bengaluru and Hyderabad would face much bigger challenges of water scarcity, dilapidated infrastructure and piling debts, something that is already making living in these cities a nightmare for many.

A silver lining
Despite all the contradictions the political leaders tend to have, perhaps, the only common factor between them seems to be that they have mastered the art of projecting themselves as the leaders of the backward sections and have made an attempt to provide them with basic needs, something that is important for any human to lead a quality life.

Only time will tell if these short term trends will continue or fade away.