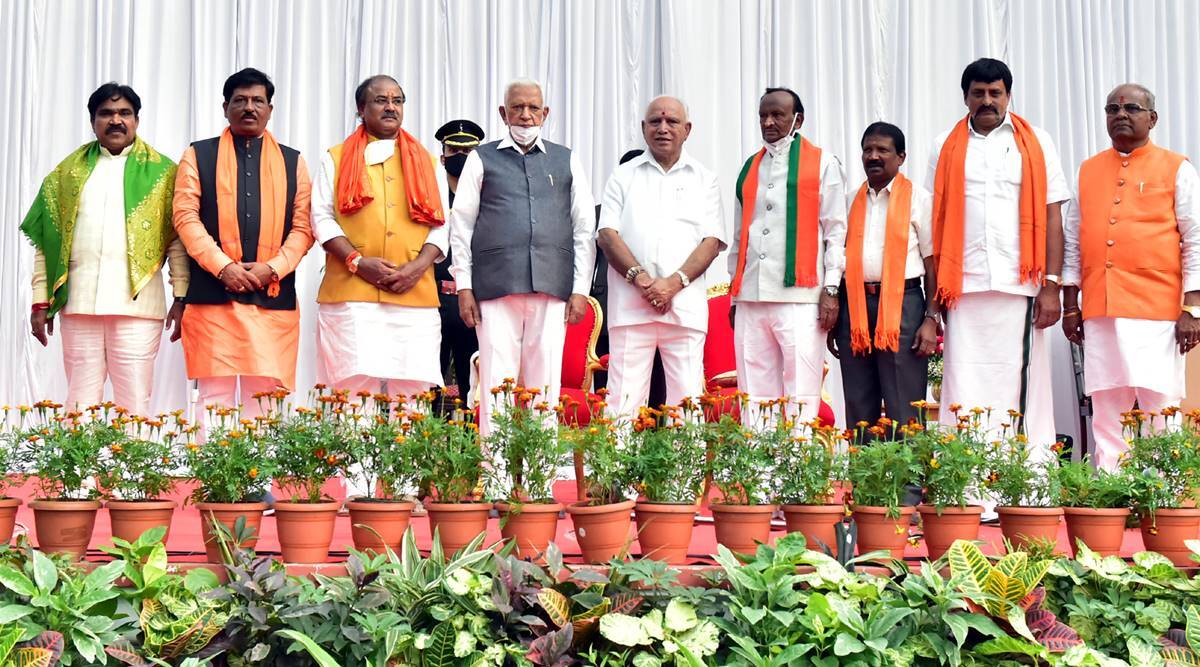 Bengaluru: Chief Minister BS Yediyurappa inducted seven new members into his Cabinet on January 13 after several months of delay owing to the COVID-19 pandemic and the problem of political factions.

As soon as the Ministers were announced, a few left-out and rebel Members of the Legislative Assembly (MLAs) of the BJP were up in arms. Two prominent ministerial aspirants expressed their displeasure over the Chief Minister’s choice.

Member of Legislative Council (MLC) Viswanath said: "The CM failed to keep his word. He should have included me in the Cabinet. This government was formed only because of my sacrifice." He, along with a few other MLAs who quit the Janata Dal (Secular) and the Congress, joined hands with the Bharatiya Janata Party (BJP) in 2019. He even said: "God Yediyuru Siddalingeshwara will not spare Mr Yediyurappa for failing to keep a promise." He also questioned how Mr CP Yogeshwar was made a minister and said that the latter was only roaming around when they were in Mumbai. Mr Yogeshwhar was also responsible for his defeat in the Hunsur byelection, Mr Viswanath claimed and wanted rebel MLA Muniratna in the Cabinet.

The Karnataka High Court ruled on November 30, 2020, that BJP MLC Viswanath was ineligible to be appointed as a Minister as he had been disqualified as an MLA under the anti-defection law.

The Chief Minister had promised Mr Muniratna a Cabinet berth when the latter won the RR Nagar by-polls last year. However, his exclusion from the Cabinet has become a riddle, with every BJP leader, including the Chief Minister, maintaining silence over the issue.

BJP rebel MLA Basanagouda Patil has claimed: "The three ministers included in the Cabinet had been blackmailing the Chief Minister using some secret CDs. They are happy now." Accusing the party of side-lining the youth leaders, he also held Mr Yediyurappa responsible for ignoring honesty in his choice of Ministers. He accused the Chief Minister of using Lingayat maths to blackmail the high command and demanded his resignation on moral grounds.

BJP MLA Renukacharya added that the Cabinet comprised only "Bengaluru-Belagavi" ministers. MLA Satish Reddy said that the party's loyal karyakartas had been ignored while deciding on the ministerial positions. Leader of the Opposition Siddaramaiah said: "Despite this Cabinet expansion, the government will not take off, and there will only be an increase in corruption without any progress."

An analysis of the Cabinet shows some regional disparity. Thirteen of the 34 Ministers are from Bengaluru urban and the Belagavi district. The central Karnataka region has no representation. Even most of the Kalyana Karnataka regions such as Kalaburgi, Yadgir, and Raichur have not found any representation. The caste equation has also played a role. Among the 33 Ministers, 13 belong to the Veerashaiva-Lingayat community, 11 to the Vokkaliga base, and only four belong to the Kuruba community which has a large population in the state. The Scheduled Castes and Scheduled Tribes have only five and two Ministers, respectively. This points to a Lingayat-heavy Cabinet.