Shikara: A Misery Turned Into A Love Story

Shikara “the untold story of Kashmiri Pandits”, directed by Vidhu Vinod Chopra, shows the shift in the mindset of the people during and after the exodus and manages to portray the same without trying to create any sort of hate-mongering. 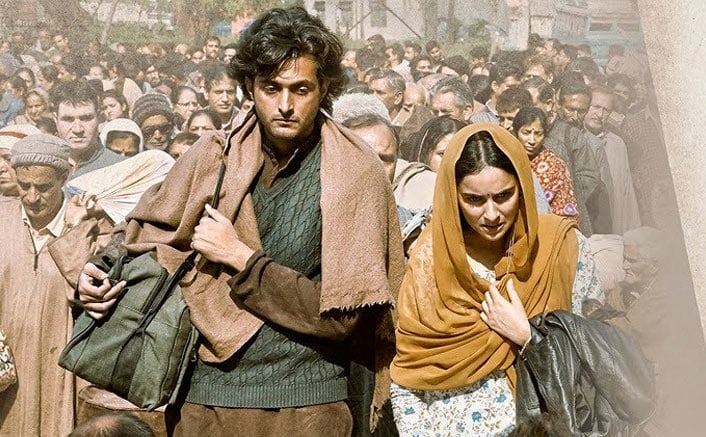 A still from the movie 'SHIKARA: The Untold Story of Kashmiri Pandits'

Bangalore: Shikara, directed by Vidhu Vinod Chopra, a Kashmiri pandit himself who was forced to leave the state in the mass exodus is more of “a love letter from Kashmir” rather than the plight of the Pandits. It manages to beautifully capture the condition of Kashmir in the pre-exodus era when people from all religions co-existed in the Valley and had a cordial relationship.

It shows the shift in the mindset of the people during and after the exodus and manages to portray the same without trying to create any sort of hate-mongering. With a subject like this, it is easy to cross the line and play up the Hindu-Muslim divide, but the director and the scriptwriter beautifully manage to capture the emotional aspect of the people involved rather than the religious aspect of it all. Shikara, the title of the movie is, symbolic to the name of the house in Kashmir where the protagonists used to live in pre-exodus days. Aadil Khan (Shiv Kumar Dhar) and Sadia (Shanti Dhar) manage to portray the emotional upheaval the characters go through in the course of the story, in line with the script.

Shikara “the untold story of Kashmiri Pandits”, gives an impression to the audience that it is based on Islamic insurgence during late 1989. However, the majority of audience was disappointed because this story had nothing to do with the agony of the Kashmiri Pandits. The movie has a soft angle in which Kashmiri pandit couple had to flee the Valley owing to Islamic insurgence.

It also has Lateef, a Kashmiri Muslim and Shiv’s best friend who takes to terrorism after his father became the victim of a political murder.

It appears the director wanted to play politically safe and diluted the theme of the film to a love story rather than a political and social reality.