Was Vinayak Damodar Savarkar a proud Hindu patriot or a partisan Hindutva leader? That was the theme of a discussion led by a Savarkar scholar, at the recent Bangalore Lit Fest 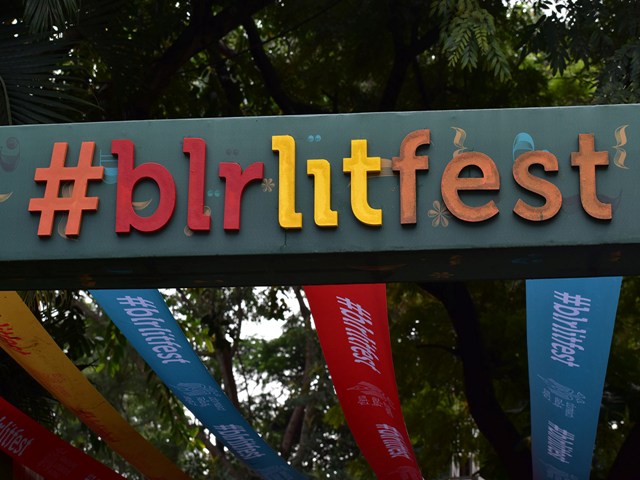 The session on Savarkar was a standing-room-only event at the Bangalore Lit fest. Pic by Subham Das/NSoJ

VD Savarkar, though a proud Hindu, was not an extremist for the most part of his life. Hence, labelling him as the father of ‘Hindutva’ is too narrow a lens, said Vaibhav Purandare, Savarkar’s biographer. The writer pointed out that Savarkar, was all for Hindu-Muslim unity till he was incarcerated at ‘Kalapaani’. Afterwards, he became totally anti-Muslim. This was because the canny Britishers intentionally made ‘Pathans' jailers at the Cellular Jail (a Colonial prison in the Andaman and Nicobar Islands). The Pathans inflicted cruel punishments on the prisoners. This was the Britishers’ way of imposing their 'divide and rule policy’ meant to keep Hindus and Muslims apart, said Purandare.

To a question on whether Savarkar was anti-beef, the writer said though there is no concrete evidence of him consuming beef, Savarkar did have meat in his diet. “He wasn’t against people eating beef as long as it was solely a matter of choice or sustenance. He, however, firmly opposed any activity intended to deepen the communal divide,” Purandare said. Also, was Savarkar opposed to everything Gandhi stood for? According to Purandare, Savarkar was against including the Khilafat movement (1919) -- which originated in Turkey -- into the Non-Cooperation Movement. “He felt that including a movement based on religion into the national struggle would have disastrous consequences,” said Purandare.

The discussion, which was standing-room-only, saw the moderator Varghese K George, ask about Savarkar’s concept of a ‘Hindu Rashtra’. Purandare said that though Savarkar became a staunch hindu extremist towards the end, his concept of a ‘Hindu rashtra’ envisioned a unified India that would look after people of all religions present therein. Savarkar also suggested that India should be a refuge for Hindus and Buddhists but not Muslim refugees (from other countries), Purandare added.