Tracing the Legacy of Radiohead 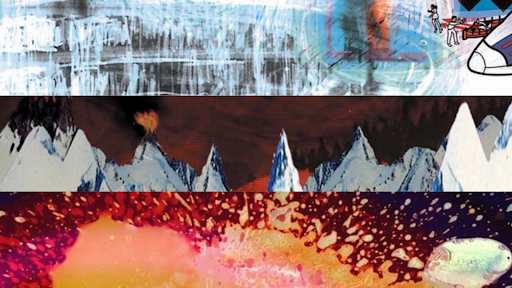 A look into the most critically acclaimed band of our generation.

Abingdon School, Oxfordshire, 1985. Five young students come together to form a “band”. They name themselves ‘On a Friday’ as they can only practice on that day. Eventually, they play a handful of minor gigs but are not very well received. Going their separate ways for college, the group reunited in 1991 with no inkling of the impact their newly branded musical act was destined to make. They even took the name from a Talking Heads song but it didn’t take long for them to make it their own. Inconspicuously, the future of alternative music had fallen into the very capable hands of Radiohead.

The early 1990s music landscape was characterized by the grunge movement. Led by Nirvana and its enigmatic frontman Kurt Cobain, this kind of music found a large audience among young people all over the world, especially in the United States and the United Kingdom. A young Thom Yorke, however, found more inspiration in 80s post-punk artists like R.E.M, Siouxsie the Banshees and Joy Division. Thom, along with guitarists Jonny Greenwood and Edward O’Brien, drummer Philip Selway and bassist Colin Greenwood, steered Radiohead in a direction that was all their own.

Releasing an extended play (EP) titled ‘Drill’ in 1992, they played in local music venues and started creating a buzz. This led to them falling under the radar of EMI Records, which at that time was already an established major music label. In no time, they signed a six-album deal. 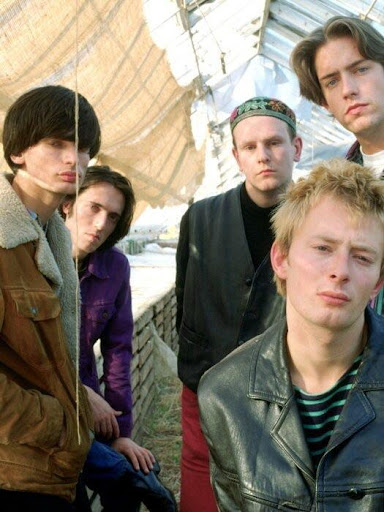 British media found their music “too depressing” and preferred shining the spotlight on Britpop acts like Oasis, Blur and Suede. The American audience turned out to be more welcoming to the grunge-inspired sound of Radiohead’s first studio album, Pablo Honey, which came out in 1993. Creep became its crowning achievement and it remains the band’s most popular song to this day.

But they were never meant to be a one-hit-wonder. Soon after their debut release, the band recruited not one, but two visionary artists. Nigel Godrich, a protegé of legendary music producer John Leckie, was handed the reins to the production of their albums. The second was visual artist Dan Rickwood, known famously as Stanley Donwood. 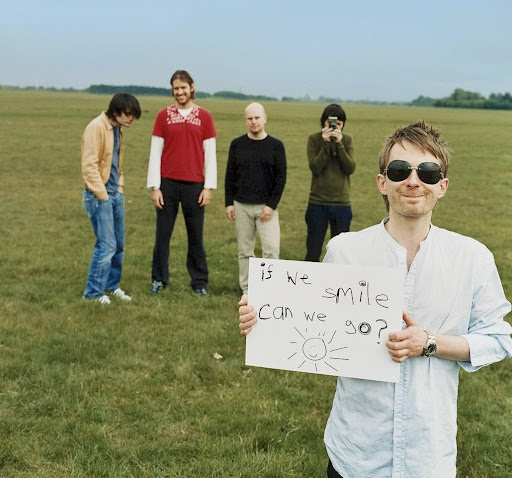 Radiohead came into their own after the release of ‘The Bends’ Credits: Reddit

The Bends, Radiohead’s sophomore album, was released in 1995. A more coherent album thematically, it was acclaimed by fans and critics alike. It was a monumental release and became the standard for alternative rock bands that would spring up in the following years. Some of these bands include Coldplay, Snow Patrol, Keane, Muse and Kodaline. In a retrospective review of the albums, online music review website Pitchfork wrote, “It feels, with hindsight, like a welcome retreat from the incessant back-patting and 60s worship of prime-period Britpop and a blueprint for the more feminine, emotionally engaging music that would emerge in the UK a few years later.”

Some British media outlets, notorious for their obnoxious reportage in the context of entertainment news, looked for ways to underplay the musical value of this release. But no amount of media influence could prepare anyone for their next offering to the world of music.

“I want to be alone and I want people to notice me – both at the same time,” Yorke said in an interview in 2003. This spirit is enshrined in the music Radiohead went on to release. They showed every sign of being visionaries and this was all but confirmed when they captured the zeitgeist of the 2000s with the 1997 release, OK Computer. 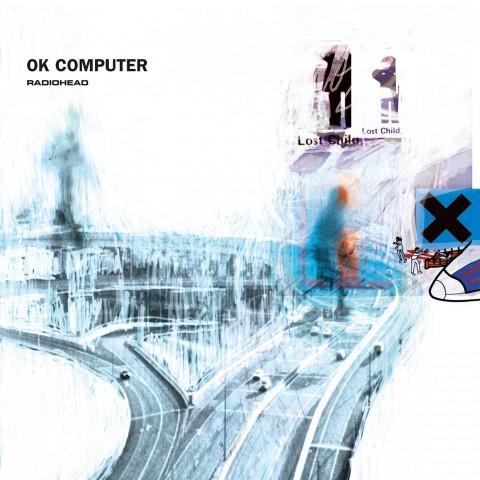 OK Computer not only showed their proficiency in crafting musical brilliance but also their astuteness in understanding and imbibing the cultural dynamics of the world into their music. An album that propelled the boys from Oxford to the top of the music charts, it became more of a social phenomenon than a music album.

The 1990s was a turbulent decade for the world. Political instability and the oncoming digital age were on the minds of people worldwide. In England, Tony Blair’s New Labour government had just been formed after the 1997 general elections. A month later, OK Computer was released. It brought with it feelings that resonated with the youth – alienation, social anxiety, depression, a dab of political dissent and a premonition about computers.

Songs on the album ranged from arena-rock anthems to mellow tunes for disillusioned youngsters. Paranoid Android was the first single to be released along with a music video, which depicted isolation and power politics through hallucinatory sequences that blended into each other. Karma Police captures the brutality of a dictatorial regime and is written from the perspective of an individual brainwashed into being a mindless follower. 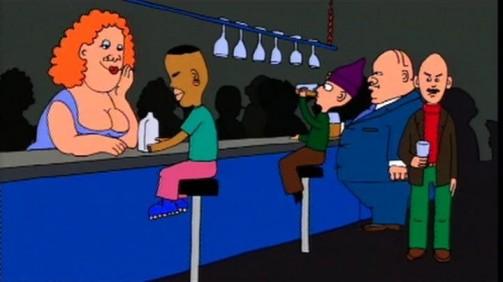 Fitter Happier serves as a reminder of the dangers of the computer age. The composition of a spoken word uses a digitally generated voice to deliver its message of oppression through subordination to technology. Its cryptic lyrics end with the lines – “Fitter, healthier and more productive. A pig in a cage on antibiotics.”

Moments of catharsis can also be found in the songs Let Down and Exit Music (For a Film). The last lines of the latter read – “And now we are one; In everlasting peace.” This furthers the message of the need for social relationships during this turbulent time for humanity. With this masterful record, Radiohead brought technologically induced isolation and loneliness to the collective consciousness of our age.

The incessant touring that followed the release of OK Computer would eventually lead to Yorke’s further alienation from the public as well as his peers. His mental well-being reached its nadir in November 1997 when he walked out of a soundcheck at a venue in Birmingham. “There was nowhere to go, so I hid on the train. And that was the nearest I came to trying to escape,” said Yorke in an interview with Rolling Stone.

In 1999, Radiohead retreated into a “haunted mansion” in Gloucestershire to begin work on their next album. Recuperating from the burnout, Yorke was still facing writer’s block. The rest of the band, who were used to building songs around his lyrics, could not find the necessary inspiration. Nevertheless, by the end of the year, 6 new songs had been produced. By April 2000, the band had finished recording more than 20 songs. These would go on to form an album that is regarded as the greatest left turn in music history – Kid A. 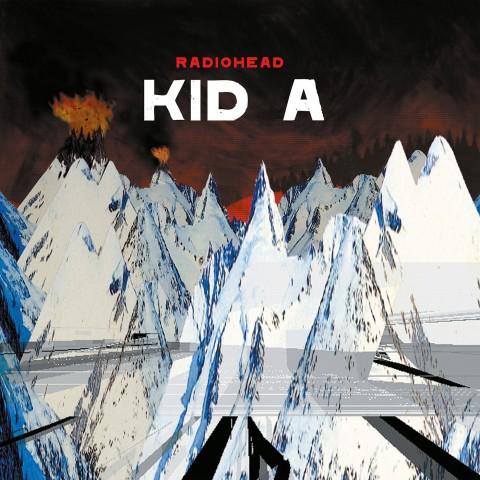 In true Radiohead fashion, this album offered a sonic landscape that was as inhospitable as it was unexpected. The recording process, led by Jonny Greenwood, employed the use of synthesizers, keyboards, drum machines and effect pedals to produce sounds that were unconventional in the alternative music space. A polarizing record, Kid A managed to capture the banality of mainstream music tropes. At the height of their fame and success, the band used its creative power to its maximum potential to subvert the expectations of an entire generation.

The themes on Kid A are slightly more difficult to pinpoint than those found in OK Computer. However, it is painfully obvious from the lyrics that the album represents Thom Yorke at his lowest. The album builds on the themes of its 1997 release. The cover art represents the same, depicting a post-apocalyptic, hopeless expanse through unnaturally shaped, icy-cold mountains. From the first song, Everything In Its Right Place, we are made aware of this all-pervasive gloom.

The sprawled-out trumpet section on The National Anthem stands out in this bleak collection of songs, symbolizing the dissonance caused by the digitization of the world. Optimistic, In Limbo and Idioteque provide snarky political commentary through references to George Orwell’s ‘Animal Farm’, fantasy worlds and imagery of women and children hiding in bunkers. What sets Kid A apart from OK Computer are the themes of failing relationships, particularly romantic ones, that provide little moments of repose, as heard in Morning Bell.

During an interview with the BBC, Yorke was asked to pick a song he would like to be remembered by. Without hesitation, he said, “How to Disappear Completely”. A song that stands out in Radiohead’s discography, it serves as an ode to the thousands of people who seek to find a moment’s silence from the din of life in the 21st century. The song ends with the words, “I’m not here, this isn’t happening.” Compounded with the last lines of Motion Picture Soundtrack, the last song on the album, which read, “I will see you in the next life,” these songs give us an intimate look into the mind of Yorke, the sensitive artist who wishes to stay away from the public eye.

The Rainbow after the Storm

In 2001, months after the release of Kid A, Radiohead released their fourth album titled Amnesiac. This included songs recorded during the Kid A sessions. 2003’s Hail to the Thief provided even more political commentary. The War on Terror launched by the United States after the 9/11 attacks was a big influence. These albums received mixed reviews and fans began to worry about the decline of Radiohead. That was until 2007, which brought along with it the band’s most well-rounded album. 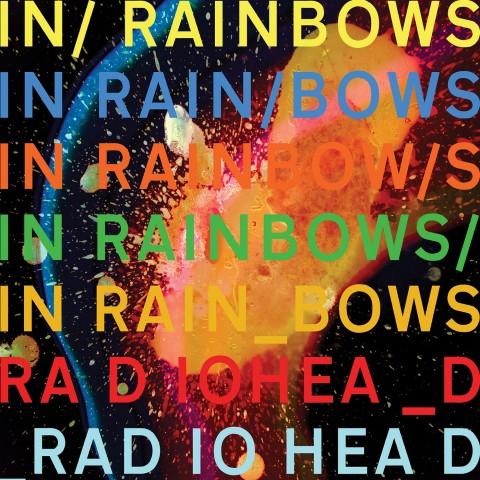 In Rainbows revolutionized music consumption. It was the first album released independently by the band, after the completion of their six-album deal with EMI, and was released digitally with a “pay-what-you-want” feature. Boasting a tracklist with tightly-knit songs, each sonic burst of sound is delivered with conviction. In totality, the overarching themes of the albums, along with the music, envelop you in a warm embrace that is characterized by a shifting kaleidoscope of emotions.

15 Step and Bodysnatchers are upbeat art-rock anthems that celebrate life. The trinity of Nude, All I Need and Videotape show Yorke at his most vulnerable, as he yearns for true love and affection. The beautiful arrangements on tracks like House of Cards and Reckoner (arguably Yorke’s best vocal performance) are coupled with existential questions relating to intimacy, morality and the perseverance of human life.

Weird Fishes/Arpeggi is arguably the best track on the album and also one of the band’s best. Through the explorations of the themes of life, love and death, Radiohead makes a bold statement, showing their maturity as songwriters as well as musicians. A culmination of years of steady musical output, In Rainbows is a love letter to their fans and the world.

In 2011, The King of Limbs was released, which has proven to be a forgettable album. However, Radiohead found their form with 2016’s A Moon Shaped Pool, their most melancholy-drenched album to date. Consisting of sprawling ballads with complex structures and lyrics pregnant with meaning, the record all but confirmed Radiohead as the most versatile band to ever exist. 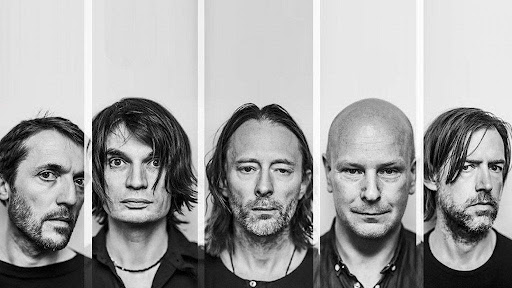 The legacy of Radiohead is one that will not be easily surpassed Credits: NPR

Radiohead is more than a band. They are the unofficial ambassadors of the ice age we live in; one where you cannot escape the coldness of the virtual world. A time when artists basking in the attention of the mainstream seem to do very little to ease the inner turmoil that has become inherent to us all. Art in its purest form aims to reach the dark recesses of our fractured minds, and no artist today makes this kind of art better than Radiohead.