Is it ethically acceptable to observe and record people's behaviour without their knowledge and consent? 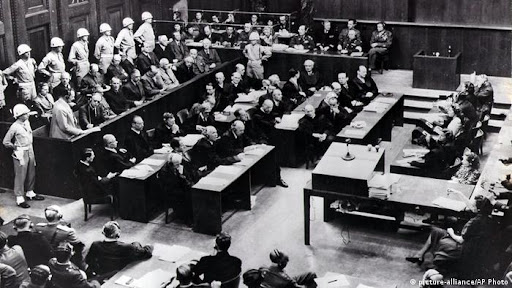 If the right to privacy means anything, it is the right of the individual, married or single, to be free from unwarranted governmental intrusion. - William J Brennan

Quite often, knowingly or unknowingly, we all crave seclusion. In those moments in our lives – when we are away from people and in search of solace, we almost become our true selves. Sometimes, even without seclusion and around the ones we are most comfortable with, we tend to shed all pretensions. At times like these, we consider ourselves to be most vulnerable and hence, we demand privacy.

On the other hand, in the present times, we choose to publicly share moments of our personal lives, through social media platforms like Instagram, Facebook, Snapchat, etc. And yet, we expect to be asked for consent when a third person wants to publicly share a photograph, a video, etc., in which we are present. Therefore, before being a right, privacy is a choice, we like to have the power to decide when we want privacy and when we don’t.

Similarly, in situations where researchers want to observe us for psychological experiments, what we expect first and foremost is to be informed and asked for consent. One of the obstacles that researchers face upon informing their subjects about the experiment, is that the behaviour of the participants will be influenced by their supposition of what the expected result of the experiment might be. They will not be able to shed all pretensions and be themselves throughout the experiment. Then the question that arises is, whether researchers should jeopardise the developments possible through the experiment, just to follow a code of ethics.

During the Nazi period, both physical and psychological experiments in the field of medicine were carried out by doctors on people. The Jews were coerced to participate in these tests, which threatened their survival. The exact number of victims of such unethical human experiments is still unknown. But, after the Second World War, these crimes committed by the Nazi researchers and doctors came to light, which became the base of the inception of medical research ethics.

In light of medical research ethics, the Nuremberg code was established in 1949, which included a number of instructions for conducting medical experiments on humans. A subject’s right to informed consent and termination of the experiment upon their decision were two instructions that were clearly stated in this code. The Nuremberg code developed as a reaction to the Nuremberg trials, in which twenty-four Nazi leaders were brought to justice, for their crimes against humanity. This was the first time that the protection of a research participant’s rights was globally addressed and accepted by medical institutions across the world.

The need to observe people, especially with the use of hidden cameras, is not always research-driven and it could also be related to something as general as security. One such common scenario is the usage of nanny cams, one can never say whether it is ethical for a parent to do so or not. In India, installing cameras to observe someone without their consent is considered illegal and an offence under the INFORMATION TECHNOLOGY ACT (2000), yet in situations such as recording the behaviour of a babysitter, it is deemed acceptable by society.

Even when it is about the security of a child, the consent of the babysitter to install cameras is crucial, as they’re humans first and nannies second. Privacy is something that babysitters themselves would not expect in these situations, but recording them without their knowledge should be considered illegal. Just like in the case of medical research, how a subject would get conscious about their behaviour, upon being explained about the experiment, babysitters too would be conscious about their actions when informed about hidden cameras in the house. In this scenario, the purpose of a nanny cam would be served, irrelevant of whether it was actually installed.

Comparing research-related observations and day-to-day observations of people, it can be said that the topic is highly subjective. What one person might find unethical, the other might find necessary. But, at the end of the day our personal lives and who we are in private, is what shapes us into individuals. In today’s world, privacy could be a myth. We are surrounded by artificial intelligence that does not wait for our consent before recording our likes and dislikes. Everyone would’ve observed the presence of a filter bubble in our smartphones, which shows us exactly what we want to see. Therefore, it is not a lot to expect from researchers- who are fellow humans, to be considerate enough to prioritise the right to privacy of their subjects and encourage voluntary participation in evaluations that could invade their personal space or pose as a threat to their existence.