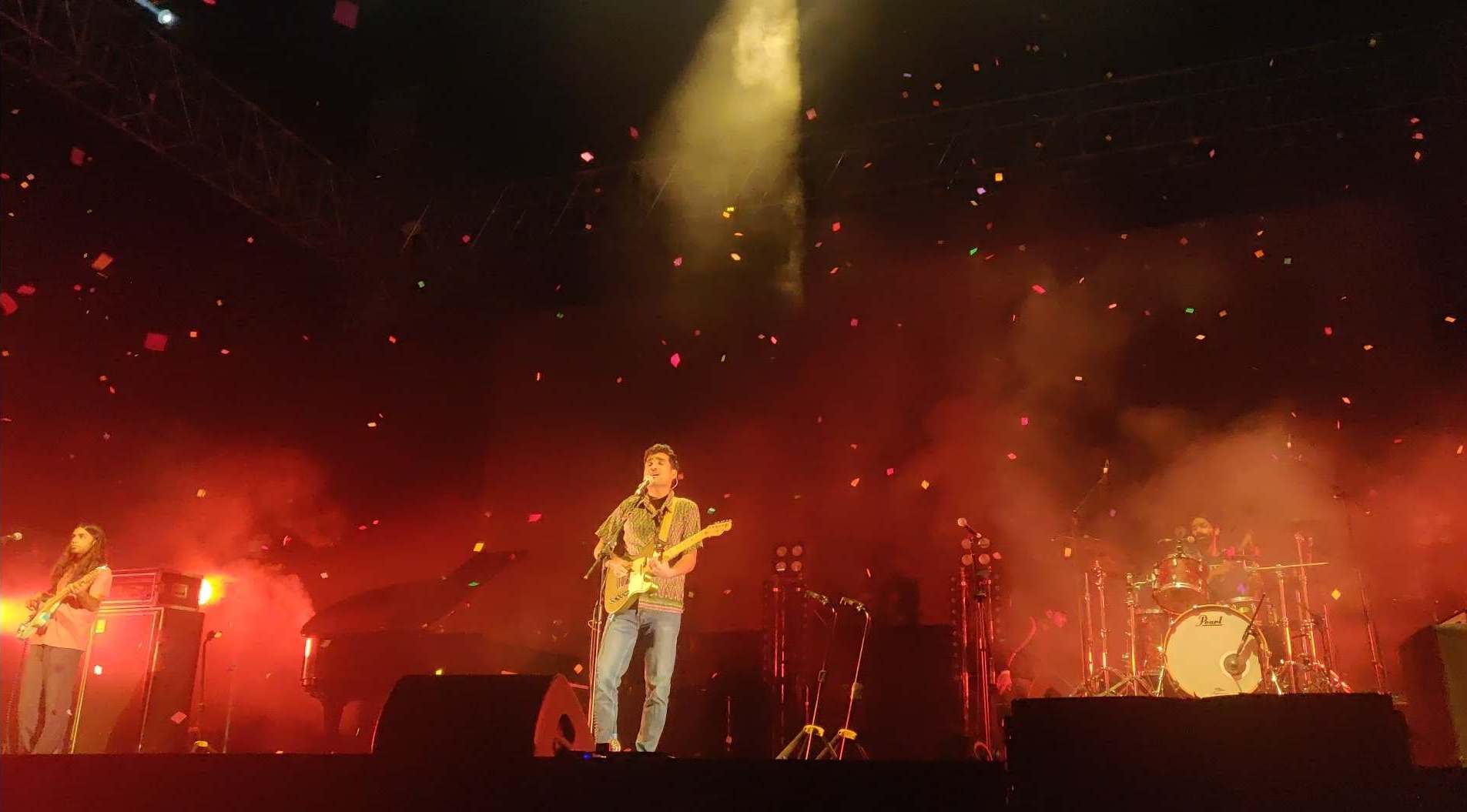 Performing 'For Your Time' while the confetti cannons went off

Bengaluru: Indie singer-songwriter Prateek Kuhad, who has charmed millions of people across the world with his songs was on a 11-city tour of India, and the last stop on this tour was none other than namma ooru, Bengaluru!

On January 22, fans trickled into the Manpho Convention Centre as the sun called it a day. There were a host of activities that concert-goers could enjoy, such as merchandise stalls, food stalls, and photobooths which let fans insert themselves into the scenes of Kuhad’s music videos.

Despite the concert being scheduled to begin at 8 p.m., there was a slight delay which left the audience irritated, but when Kuhad made his way to the stage, this was all forgotten and he was welcomed by a sea of fans chanting his name and telling him just how much they loved him and his music.

He greeted the crowd sheepishly, living up to his ‘shy’ reputation, and began the night with a rendition of ‘with you/for you’ from his hit EP, ‘cold/mess.’ He continued to play several hits as the night progressed while showcasing his talent by playing a variety of musical instruments, leaving the crowd mesmerized. He also treated the audience to an unreleased track called ‘Kasoor,’ which was received to tremendous applause.

The concert ended with a performance of his hit single, ‘cold/mess’, which was recently included in former American president Barack Obama’s ‘Favourite Music of the Year’ list. The entire arena sang along, as if under a trance. When it was least expected, there was a confetti explosion as Kuhad bid his farewell, quietly making an exit, leaving the crowd chanting, “we want more!” 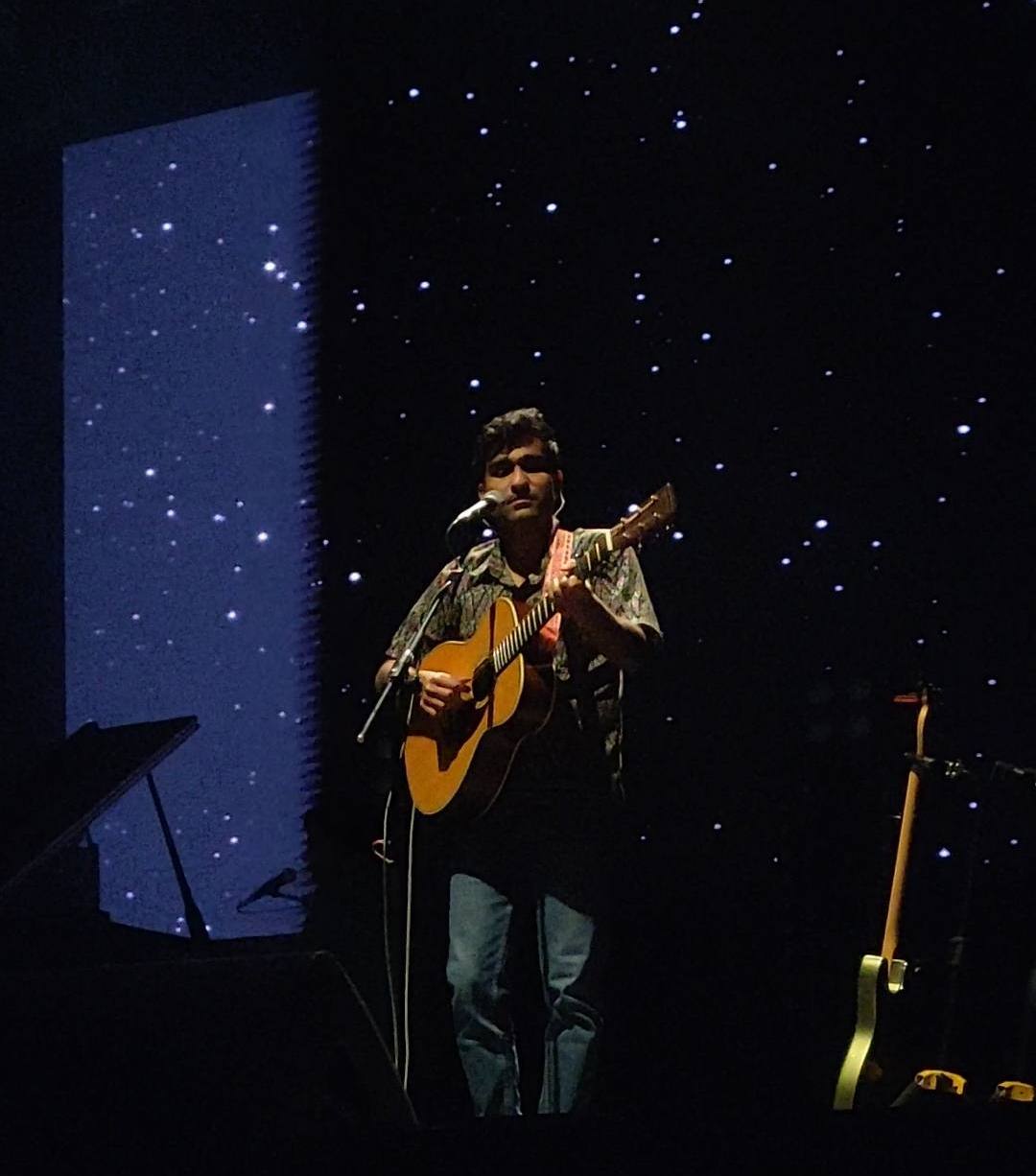 Ending the night with a fan favourite, 'Cold/Mess'

“The lighting and music system added to the musical quality of the concert. I can go home knowing that I have got my money’s worth, Prateek Kuhad made me fall in love with his music all over again,” said Upamanyu, a concert-goer.