Powered by UDAN, this Bihar airport is giving wings to many

DBR is not just an airport code but could be a key to unlock huge potential. 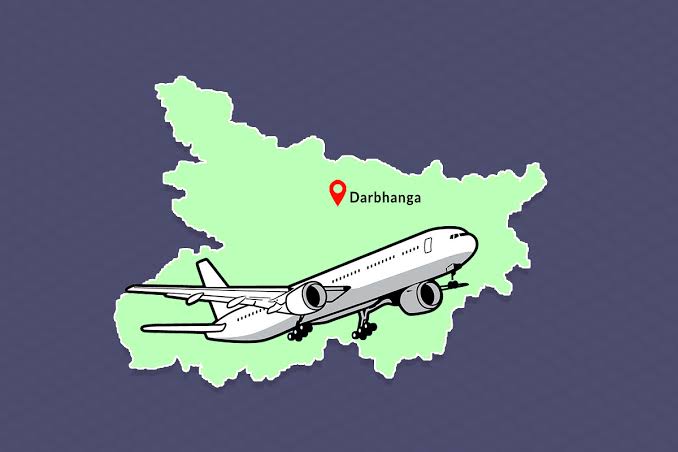 After flying for just over two hours, when a SpiceJet economy carrier landed in Darbhanga in Bihar, many passengers were rejoicing.

"Yes..the one which landed right now. The red one, not the blue. Come fast". I overheard a flyer conversing on his phone soon after the landing.

The crux of the above conversation isn't limited to one individual, it's a collective chatter resonating among the travellers from the Tirhut and Mithilanchal region in Northern Bihar. This dysfunctional airport from a bygone era was operationalised for civil aviation a year back. Flyers of the region are grateful to the administration for substantially improving the smooth and easy travel to other parts of the country.

Saves time and money
Prior to the commencement of this regional airport, flyers from northern Bihar had to undertake an unsparingly tedious journey to Jayprakash Narayan International Airport in Patna. Connectivity bottlenecks further worsened things for travellers.

Anand Kumar Jha, a Karnataka based employee of the Indian Railways and a Darbhanga native who is onboard the Bangalore-Darbhanga flight, says, "Earlier it was a tiresome six hours journey to Patna from Darbhanga involving day-long planning and travelling..now it is merely 6-7 km for me (to the Darbhanga airport)".

The same is echoed by another passenger, Prerit Kumar. "Traffic jams were a big problem. Gandhi Setu or even after JP Setu was built to connect the northern regions of the state to the south, problems for those from North Bihar travelling to Patna wasn't mitigated", emphasizes Kumar, who is a Public Relationship Inspector (PRI) in the Department of Posts, Government of India, and is heading to his hometown Muzaffarpur. Another interesting note is that though Muzaffarpur is considered to be Bihar’s commercial capital, residents of Muzaffarpur were left disappointed when neighbouring Darbhanga had gotten an airport despite persistent demands for an airport in Muzaffarpur.

The cherry on the cake has been the aid the airport extends to its Patna counterpart. The operationalisation of another civilian airport in Bihar has remarkably eased the load off of the Patna airport. The latter is undergoing much-needed renovation and expansion after years of persisting problems that plague its functioning to this day.

A collateral effect of the reduced pressure on the Patna airport has been a boon for many flyers. They are now saving on time as well as money on tickets to and from Darbhanga. This beneficial effect gets compounded when those from remote regions of Bihar, especially from the northern parts, are spared from travelling to Patna and get to retain transporting tariff and time. 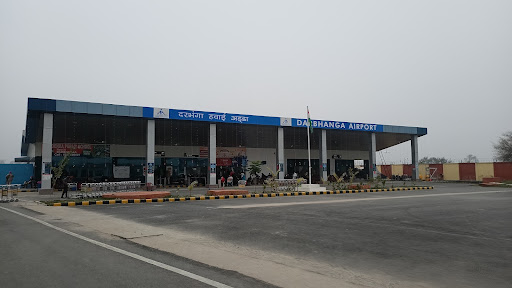 So far so good
Since November 8, 2020, when the first flight from Bangalore landed here, the airport has hosted over six lakh flyers until the first week of December and has become the best performing RCS (Regional Air Connectivity Scheme- UDAN) airport in the country.

The airport, a domestic type, is a success story of the centrally sponsored scheme UDAN- Ude Desh ka Aam Nagrik, launched in 2015.

The newly launched airport has achieved the milestone despite the fact that until today just two airline operators Indigo & SpiceJet have been assigned itineraries connecting the town to cities like Delhi, Mumbai, Bangalore, Ahmedabad, Hyderabad, and Kolkata. Around 12-16 flights take-off and land on any given day.

This is despite the limited time window between 10:45 AM and 4:30 PM available for flight operations.

Reclaiming History
A lesser-known fact too is getting its due recognition. The rich aviation history of Darbhanga, Bihar’s cultural capital.

Originally, the airport owes its existence to Maharaja Kameshwar Singh Bahadur of Darbhanga when he started his own private airline. After the second world war, it was sponsored by a private aviation company, Darbhanga Aviation, which started in 1950.

According to mithilaconnect, an online media portal covering news, technology and fashion, he purchased three former military Douglas DC3 aircraft, with the fourth one being a custom-designed VT-CME, counted among India’s first luxury aircraft. The VT-CME had the glorious history of carrying Jawaharlal Nehru, Lal Bahadur Shastri and later PM Morarji Desai. However, the airport was acquired by the Indian Air Force during the 1962 Indo-China war. The luxury aircraft too was donated to the Government of India for defence uses by the trustees of Darbhanga Raj.

A report in mithilaconnect elucidates how passionate Maharaja Kameshwar Singh was about aviation. He is told to have organised an aerial view tour of Mount Everest way back in 1933.

Having said that, the history of aviation in Mithila dates back to 1917. Tirhut Sarkar’s head, Rameshwar Singh gifted a Bristol F.2b Fighter F-4440 plane to the Indian soldiers battling in the First World War for the British raj. 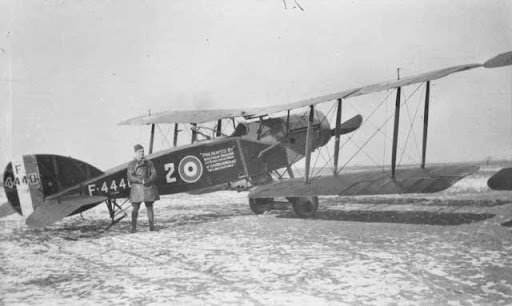 However, the closing down of Darbhanga Aviation spelled doom for the airport and it gradually went defunct, bringing the curtains down over this rich aviation history. The most common theory given for its shutdown was repeated accidents resulting in many losses of life.

Need for upgrades
Coming up with an airport in the region has reinvigorated several potentials of the region. Be it Mithila paintings, makhana (lotus seeds), or for that matter the unforgettably tasty mangoes of Darbhanga. All of their businesses are likely to get a boost due to instant connectivity to megacities. The well-connected road network in this subregion bodes well for hassle-free transportation of export-quality goods.

However, the airport unarguably needs upgradation. The infrastructural bottlenecks like the small terminal building and lack of parking facilities need immediate attention. Mitigating passenger inconvenience caused by such shortcomings and assorted mismanagement is the key to smooth operations.

Heeding to the needs and demand arising out of the same, the Government of Bihar recently sanctioned more than ₹300 crores for the acquisition of 78 acres of land to construct a permanent building and install navigational facilities at the airport.

Nevertheless, the airport facility and the option of air travel are giving wings to many in the region who just dreamt of someday sitting in a hawai-jahaj. With several other associated advantages and ease ushered in, DBR is not just an airport code but a key to unlock infinite potential.