Personality, ours as well as others intrigues us. Read more to learn about Phineas Gage. 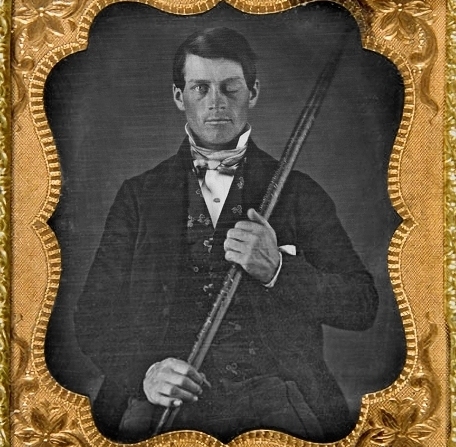 Phineas Gage was working on a railroad bend in 1848, when there was an explosion. This resulted in a tamping iron passing through his jaw and exiting from his skull, landing a few metres away. Miraculously, he survived but there was an evident change in his personality. The left frontal lobe of his brain was damaged, yet he was able to talk and move around easily.

Importantly, during the time of this accident, almost little to no information was known about the functioning of the brain and what could happen if certain parts of the brain were damaged. Those close to Gage said that he was not the same person after the accident as he was before. They might have assumed that because of the horrific incident, he had now become insane. In recent decades, studies have shown that there are connections with the prefrontal cortex of the brain and other parts of the brain. Personality, behaviour, and emotional control all come under the prefrontal cortex.

An article by the Harvard Medical School talks about how Post Traumatic Personality Change, a part of Post-Traumatic Stress Disorder (PTSD), which are symptoms discovered only after an accident, almost definitely alters a person. Phineas might have tried to hide his pain by burying his head in his later job as a horse-coach driver and getting drunk or sometimes aggressive.

In photographs of Phineas Gage after the accident, which were discovered in 2009, you will see that physically all that is evident is that he seems to be blind in his left eye. Otherwise, he might have been pretending to look ‘normal’ but seems to have bounced back from the obvious shock.

According to researchers from University of Melbourne, McMillian and Mathew Lena, looking into Phineas’ last two to three years would give them an idea as to why his behaviour had changed. In his last days, he suffered severe seizures, before passing away in 1860.

Phineas Gage still fascinates neuroscience and psychology and there is still more research to be conducted and lessons to be learnt about this case.