Pending BMRCL projects will be completed on time: Yashwant Chavan

According to Mr Yashwant Chavan, Chief Public Relations Officer, BMRCL, the company is currently concentrating on innovation with cutting-edge technologies to revamp the metro rail infrastructure in the city. 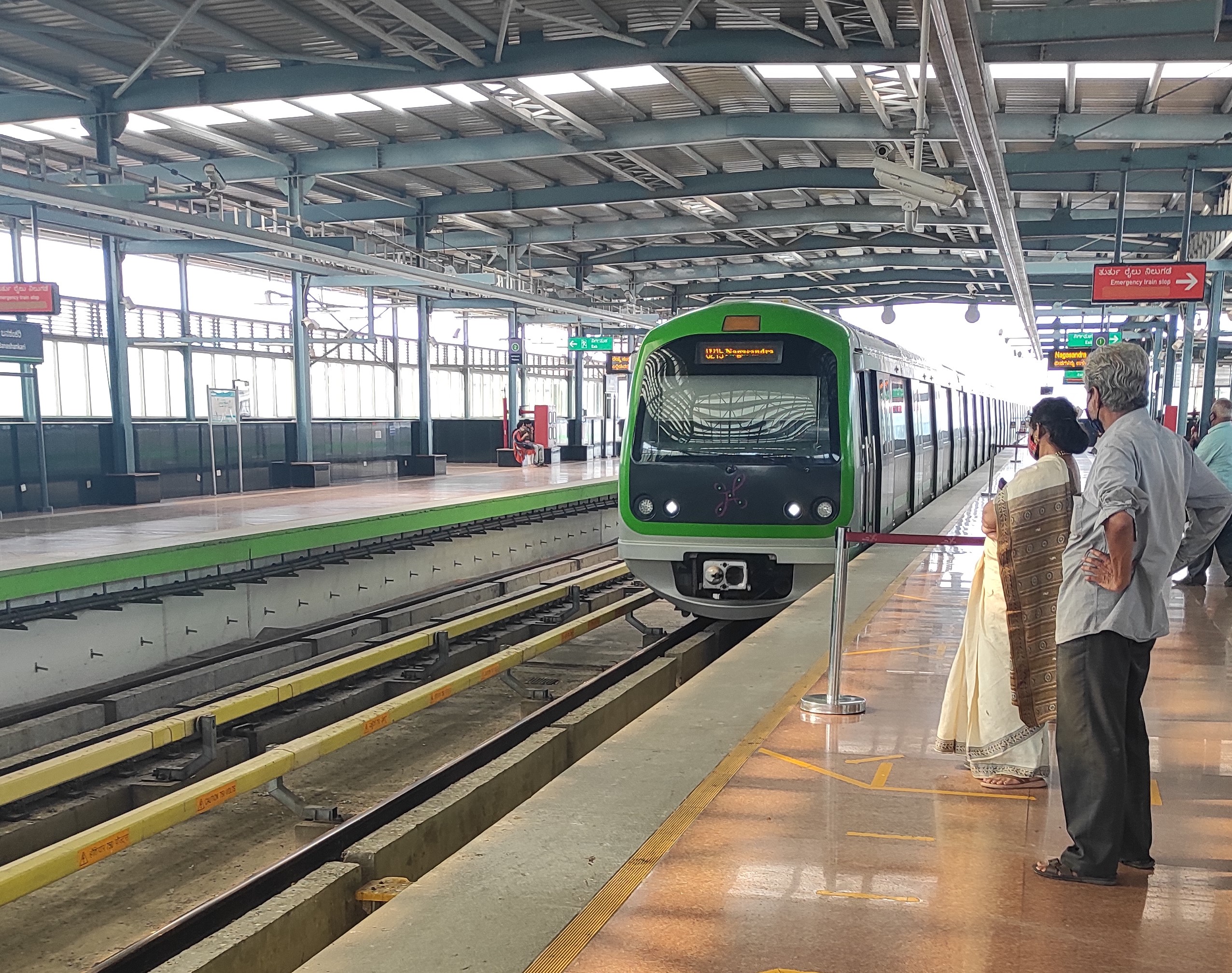 Bengaluru: The Bengaluru Metro Railway Corporation Limited (BMRCL) is a joint investment venture between the Centre and the government of Karnataka. ‘Namma’ Metro’ is one of the modes of transportation that has been serving the people of the city for the last nine years. Various metro rail projects are being undertaken in different phases across the city, and some of them are on the verge of completion. According to Mr Yashwant Chavan, Chief Public Relations Officer, BMRCL, the company is currently concentrating on innovation with cutting-edge technologies to revamp the metro rail infrastructure in the city.

Excerpts from an exclusive chat Mr Chavan gave to Ram Rakshit of ‘The Tannoy’.

Q: What are the important projects that are being undertaken by BMRCL?
A: Phase 1 of metro work (covering 42.1km) was completed four years ago and has been in operation since then. We are working on phase 2 (spanning 72km) of the metro rail project. We have commenced trial runs on the 6.46-km line between Nayandahalli and Kengeri. Two new phases will be coming under phase 2: phase 2A (from Silk Board to KR Puram) and phase 2B (from KR Puram to Kempegowda International Airport). After getting formal approval from the Centre, we will start with the construction of these two phases.

The Outer Ring Road (ORR) line or the blue line is being constructed connecting phase 2A. Both these phases may take another six months to complete. Also, the yellow line (18.82 km) will connect from R.V. Road to Bommasandra and will be elevated with 16 stations. The pink line (21.25 km), which is mostly underground, will connect from the Kalena Agrahara station on Bannerghatta road to the Nagawara station on ORR. We hope to complete the pink line by 2024.

Q: How many trains are currently running in the city? What is the frequency of operation?
A: Presently, 50 trains are operating across the city under phase 1. During the peak hours (7 am to 10 am and 6 pm to 9 pm), trains run with five-minute frequency. During the off-peak hours, the frequency ranges from 7 to 12 minutes.

Q: How has the footfall of passengers changed in the last few years?
A: As we have started our operation in stages, there has been a gradual increase in the number of people commuting by metro. In 2017, we had an average daily ridership of 1.25 lakh. During the initial months of 2020, we reached the milestone of 6.1 lakh passengers a day. Currently, because of the pandemic, we are witnessing 1.4 to 1.5 lakh people commuting by metro. We are restricted to allow just 400 passengers to board in a six-coach train.

Q: How much money has been allocated for various BMRCL projects in this year’s Union and State budgets?
A: The Union Government has approved funding of Rs 14,788 crore for the completion of phases 2A and 2B of metro work. The Chief Minister has agreed to start the construction of the Airport metro line by the end of this year. He has informed us to make a detailed project report of two metro lines (Hebbal to JP Nagar and Magadi Road Metrolite project). The State will implement this project through the Public-Private Partnership (PPP) model under phase 3 of our project. We now have sufficient funds to start with the expansion of pending metro lines.

Q: How has BMRCL been affected by COVID-19? What are the technological developments that have been brought about during this uncertain time?
A: We incurred a loss of around Rs 1 crore a day between April and August last year as the trains were not operating owing to a series of lockdowns. We suffered from a shortage of labour. Out of 9000 workers, 5000 of them went to their hometown. Many of them have not yet returned. We have hired a few workers from across the country, but it will take time for these workers to gain the same skill set and standards as those working before. We have asked them to work 24/7 to speed up the work.

Metro staff wearing face shields, masks, and gloves are deployed for screening passengers. Touch-less body temperature sensors have been installed in all the stations. Posters have been put in stations to raise awareness about the pandemic. Regular announcements on safety norms are also being made. We have removed the token system of buying tickets to avoid hand-to-hand transactions. Only transactions using smart cards and digital payments are being accepted. We will be coming up with a QR ticketing system in which a passenger can book tickets on the smartphone using an app in QR code form.

Q: Apart from the pandemic-related problems, what are the other challenges that BMRCL has been facing?
A: We had a land acquisition issue with a company two years ago. This has delayed the completion of phase-2 by several months. We have been answering the PILs on illegal tree cutting in the High Court. We have got permission from the tree cutting committee to ax 150 trees between the Jayanagar fire station and Nagawara. These trees are obstructing our work. I do not wish to discuss these sub judicious matters in detail.

Q: BMRCL has been facing hurdles in getting permission to ax trees. What has the company been doing to solve this issue?
A: We have been planting saplings. A video on our website explains the need for compensatory afforestation. The government has asked us to plant three saplings for every tree being uprooted, but we are planting ten saplings. People should recognise our effort.