The wind was blowing at 60 km/hr. There was a probability of an avalanche. Still, we kept our spirits high with greater zeal. 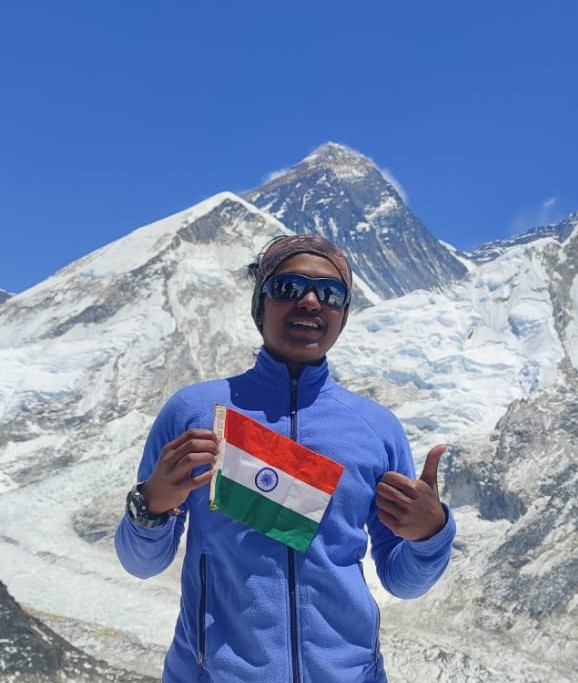 Kolhapur: "When I saw the mighty Mount Everest for the first time, during my trek to the base camp, my immediate thought was, why did I stay away from it for the last 19 years? This is my ultimate destination," says Kasturi Savekar, a 19-year-old mountaineer from Kolhapur, Maharashtra.

Kasturi is one of the youngest mountaineers from Maharashtra who has attempted to ascend the highest peak in the world. However, her journey to the summit was disrupted by poor weather conditions. She could not continue her expedition beyond camp 3 on Mount Everest. She along with other mountaineers had to descend to the base camp.

The Basics
“Climbing Mount Everest involves strategic planning. In normal conditions, a duration of 6-7 days is required to reach the summit. Normally, the wind speed at the top is around 100-120 km/hr which is unsuitable for the climb. Hence, the expedition is planned after analysing the weather conditions on the peak. Mountaineers generally climb up to the top when the wind speed is below 20 km/hr. This favourable condition is termed a weather window. Hence, the expedition is planned such that the mountaineers reach the summit when the weather window is open. In such conditions, they can stay there for 15-20 minutes before starting their downward journey," she told NSoJ.

There are four camps on Mount Everest before reaching the summit. In the first rotation, the mountaineers have to climb up to camp 2 and then descend to the base camp, rest for two days and start the expedition again. This is done to acclimatize their bodies to harsh weather conditions. After camp 2, most mountaineers require oxygen cylinders to continue their expedition. The final destination during the second rotation is the summit.

Kasturi's experience
When Kasturi started her first ascent, the weather condition was moderate. However, it started deteriorating soon. This did not cease her expedition. She climbed up to camp 1 in seven hours. After resting for 15-20 minutes, she continued her trek. During her upward journey, she had to cover some patches without the support of rope or ladder owing to the fallen ice blocks. After spending a night at camp 2 she continued her journey to camp 3. Owing to the bad weather, she had to trek for seven hours in -25 degree Celsius temperature to make it to camp 3, which is generally covered in four hours.

“The weather conditions at camp 3 were very harsh. The temperature was around -30 degree Celsius and the wind was blowing at 60-70 km/hr. We stayed in these extreme conditions for two days in the hope that things might get better. Owing to insufficient food we were having only one meal a day which either included Maggie or rice. Our hopes shattered when we were asked to descend to camp 2. The conditions there were brutal as well. There was no place to stay as all the tents were occupied. We stayed in a dilapidated dining tent. Our sleeping bags became wet owing to constant gust. We had to request other mountaineers for dal and rice as our food stock was exhausted,” she added.

“After spending three days in these conditions, we were called back to the base camp. It was a heart-wrenching moment. My efforts for the last 2 years had all gone in vain. I cried in despair. But this is not the end of my journey to the Himalayas. I will come back to fulfil my goal," says a gutsy Kasturi. 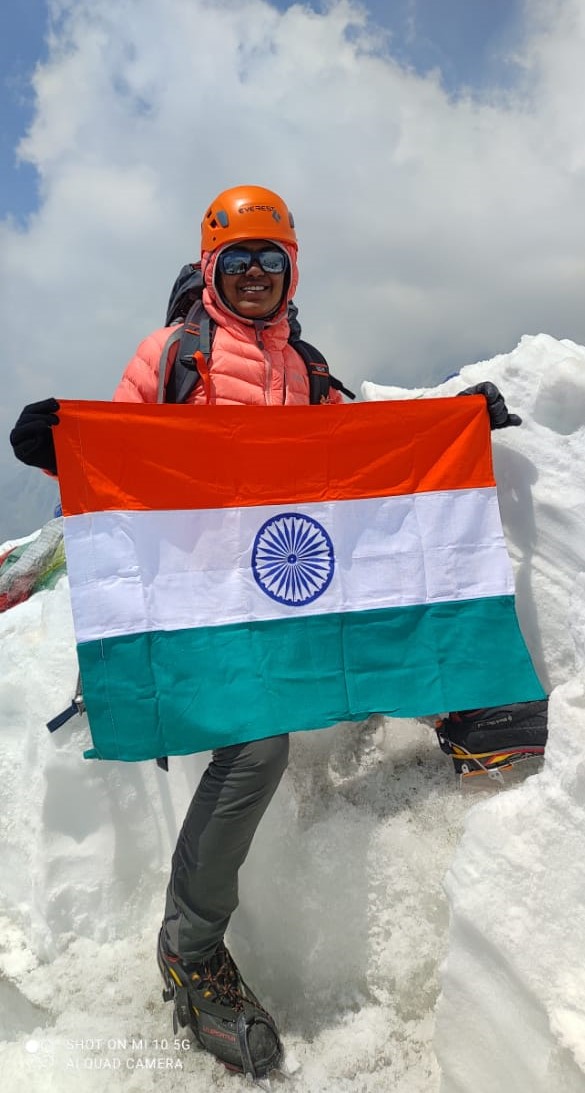 Daily workout
Her daily seven hours workout schedule included yoga, meditation, pranayama, and swimming. Saturdays and Sundays were reserved for climbing up and down Jotiba hills three times with a 25 kg load on the back.

Family support and finance
During this journey, Kasturi’s father Deepak Savekar, a garage mechanic in Kolhapur, stood by her side. He guided her throughout her preparation and helped her financially. He collected 42 lakhs through crowdfunding for this expedition.

"It was my dream to see my daughter make history. People helped me fulfil this dream. It was desolating to see her return without achieving her goal. However, we both are optimistic. I will send her again next year to this expedition," says Deepak Savekar.

(Kasturi needs our financial support for her next expedition. If you are willing to extend your support please contact her father Deepak Savekar on 98226 81005, 89759 45605).