On That Fateful Day

The force as a whole, witnessed sharp decline in funding, resulting in a huge portion of the once Soviet navy, either being passed on to its successor states or lay rotting at various ports across Russia. 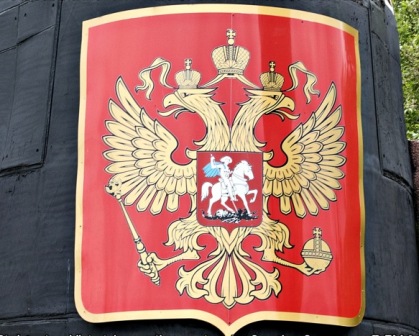 This article pays homage to the 118 sailors, who perished aboard the Russian submarine K-141 Kursk, exactly 20 years ago. May their souls rest in peace

20 years ago, on this very fateful day, the pride of the Northern Fleet, the once assumed “unsinkable” Kursk submarine of the Russian Navy, went down around 350ft under the Barents sea. The shocking disappearance of this submarine was kept hidden from the public eyes and ears for almost 2 days, until the Northern Fleet confirmed the loss. The unthinkable had happened. To understand the story, one needs to go back to 1991.

The once strong Soviet Navy, fell to the pangs of disintegration of the Soviet Union. The force as a whole, witnessed sharp decline in funding, resulting in a huge portion of the once Soviet navy, either being passed on to its successor states or lay rotting at various ports across Russia. The Russian armed forces had to be brought to its prime. The newly appointed Prime Minister Vladimir Putin, announced a 3 day military exercise, named “Summer-X”, to be held from 10th to 13th August. The exercise was to witness a grand manoeuvre, comprising 30 warships and 3 submarines, which also included the Kursk. The exercise was the first ever to be conducted in over a decade.

The Kursk (pennant number K-141), was a Project 949A “Antey” (NATO reporting name “Oscar II” class) nuclear powered, cruise missile carrying submarine. The Kursk, was the youngest boat of her class, being laid down on 22nd March 1992, and put to commission on 30th December 1996. The Kursk, even when belonging to an older class of submarines, could be compared to Akula-II class submarines. She was as long as 2 Boeing jumbo jets parked together, and could carry 24 Granit cruise missiles. She had a complement of 118 sailors. Of the submarines in the North Fleet, only she had the permission to carry her complete combat load at all times.

On that fateful day…

Kursk was expected to fire a Type-65 “Kit” torpedo against the corvette Pyotr Velikiy (Peter the Great), to demonstrate her firepower. At 11:28AM local time, there was an underwater explosion at the location of Kursk, 100 metres underwater. This was followed by another explosion 135 seconds later. The initial explosion had caused the temperature and pressure to increase rapidly, causing the hull to rupture. At first, the corvette remained unsuspicious, but tensions started to brew further, when Kursk failed to establish radio contact at 13:30 HRS. The Russian navy downplayed the whole incident, in the pretext of a national outrage. Attempts to rescue the survivors didn’t start off until 12 hours later. In the end, the submarine went down the ocean with all hands aboard.

On 8th October 2001, a year after the disaster, the remnants of the hull were recovered from the seabed. Unlike what the Russian Navy claimed in the beginning, that all the crew were killed in the initial explosion, the recovered wreckage bought along with it bodies of 23 dead sailors. Additionally 3 letters were also discovered, 2 written by Captain-Lieutenant Dmitry Kolesnikov and one by Lieutenant Commander Rashid Aryapov. The analysis of the three letters, suggested the following chronology of events:

When the two blasts occurred, the submarine's nuclear reactors (in compartment 5) had shut down due to the automatic safety function. All compartments ahead of compartment 6 remained inaccessible, presuming that the initial explosion had killed everyone in those compartments, including Captain First rank Gennady Lyachin. The surviving crew, numbering 23, who were scattered from compartments 6 to 9, immediately located the 9th compartment, where the senior most officer, Capt-Lt. Kolesnikov took a roll call. The crew survived on potassium superoxide cartridges, to keep them breathing. Unfortunately, the remaining crew died when a flash fire broke out in the 9th compartment apparently when a sailor dropped a superoxide cartridge in the already waist deep water (mixed with engine oil), causing an explosion. The crew died of either burns or suffocation due to resulting smoke.

Additionally the cause for the initial explosion was determined as well. It turned out that the torpedo used high-test peroxide, a very reactive compound for propulsion. During the loading of the torpedo, HTP started seeping out of a faulty weld, reacting with the copper alloyed torpedo tube of the Kursk, causing an explosion.

Aftermath of the disaster:

The disaster highlighted that the Russian Navy hadn’t completely recuperated from the fund crunch problems after the fall of the Soviet Union. But the disaster did bring in a lot of changes in the navy. First step was to immediately decommission torpedoes using HTPs as propulsion. A major factor involved in the accident was the poor state of the submarine. The stricken submarine could’ve been detected, if the crew had fired an emergency buoy, but the buoy was welded to the hull, because the crew feared earlier that the malfunctioning buoy would dislodge, even at the slightest prevarication. Another discovery was that the crew did not follow safety precautions to the fullest and were not adequately trained. To improve this, over the past few years the Russian Navy has increased the number of drills and exercises, and the quality of training has been improved. The submarine flotilla as a whole has been revamped over the last 20 years. Today, the Russian navy has regained its title as a “Blue water navy”, meaning that it is capable of fighting a war literally anywhere across the world. The Russian navy has also inducted improved safety features into its submarines, such as an escape capsule to enable the evacuation of all crew from a stricken submarine. Older classes such as the Oscar-II class are being upgraded with modern technology, whilst the older submarines (Oscar-I) are being replaced with newer Yasen M and Borei class submarines. Deep Submergence Rescue Vehicles (DSRV) are also being improved and upgraded to prevent another disaster such as the Kursk, ever again in the history of both the Russian Navy and humankind as a whole

And as for the crew, they were awarded “Order of the courage” medals posthumously, and Captain Gennady Lyachin was awarded the “Hero of Russia” medal. The sail of the submarine has been restored as a memorial for the fallen crew in the city of Murmansk.