Touted to be the biggest Malayalam movie of the year, this Fahadh Faasil-starring flick builds on the evergreen themes of celluloid. 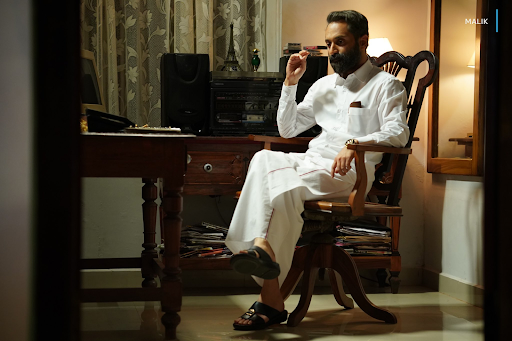 The nature of conflict has changed in movies from caste to gender to nations to religion - the latter being the most sensitive. Deceit, religion, drama and the quest for power have long been the darling subjects of cinegoers and the makers. However, very few can create the intended impact as most seem to lose the plot in the ambition of those making. Malik lies somewhere in between these two extremes.

This Mahesh Narayanan-directorial sets out to do the same but even so religion is not the explicit modificator. Instead, it is an inseparable latent element. There is love, hate, and apprehension between the characters but most importantly the trust placed on the audience too.

Malik starts with a single shot scene lasting for about 13 minutes. Some of the primary characters are either introduced or are mentioned in it. Going through a wrecked and old Muslim-styled household, the camera fittingly teases the audience about what lies ahead.

Mahesh Narayan’s C U Soon, which was released in 2020, became a digital sensation across the country. The inventive form of storytelling was well-received across the board. With Malik, though, he takes a giant leap in content, budget and vision.

Spanning across 4 decades, the movie follows a nonlinear pattern. Three flashbacks are narrated by three different narrators at different points of time in the movie and eventually put the jigsaw in place.

Inspired by the likes of Nayagan, the ‘Godfather-esque’ setting of Malik is promising right from the get-go and grabs the attention of the viewers straight away. The same elements which have worked for this genre before seem misplaced, at least in some bits.

Set in a fictional coastal town of Ramadapally, two young boys make their way to the top in not the most legitimate ways in the law book. Ali Ikka, our supposed protagonist, is the more loved one and becomes the Malik of the town in its truest sense. Jealousy arouses in the other, and what follows is the cliched plot of revenge with politics at the fulcrum of it.

The journey of Ali ikka to the top seems less than convincing. It is hard to believe that he becomes the messiah for the townsmen just by clearing the way for people to enter the mosque.

In much brevity, the plot hints at the paradox of success and the cost of it, though lack of novelty costs here too. One can make out from a mile away what's going to take place and who will snitch on whom.

Religion, as notorious as it has been in catalyzing animosity, plays a vital role. The two minority communities in the town are Christians and Muslims. What we are told though, is the fact that there has never been bad blood between them. It's the administration that plays feuds and ill-minded policemen that create disharmony - or at least the sense of it.

In a huge ensemble, not a single note seems false. Although you can question the length and relevance of the characters, performance-wise, the bunch is pretty extraordinary. It is hard to root for anyone here because no one deserves our sympathies. Either due to circumstances or otherwise, every character has their fair share of wrongdoing.

Nimisha Sajayan, of The Great Indian Kitchen fame, is the female lead. An extremely powerful woman and perhaps the only character with a grip on the situation tighter than the rest. For an actor so good, there seemed too little to play with. One might wonder why and when this character became so powerless in the course of the film, after having promised so much earlier.

Fahadh Faasil, who has been touted as the ‘Digital superstar’ of the country, is silent in most parts of Malik but carries gravitas and a larger-than-life persona throughout. Spanning through different age groups, he somehow manages to keep the soul of Ali Ikka intact. It's really interesting to see how an actor, in a comparatively young career, has pulled off different sorts of roles with similar intensity. From Njaan Prakashan to Joji to Trance, one just has to sit back and be in awe of the brilliance he portrays in the film.

What keeps this jumbled and cliched story alive are the performances. Gangster flicks around the globe have a standard pattern, where the story is driven by the lead male. Malik breaks the prototype and does it very well.

You can watch Malik on Amazon Prime.