NSoJ’s Founder Timothy Franklyn was selected as a Scholar as part of the Obama Foundation Scholars Program at Columbia University for the academic year 2020-21. 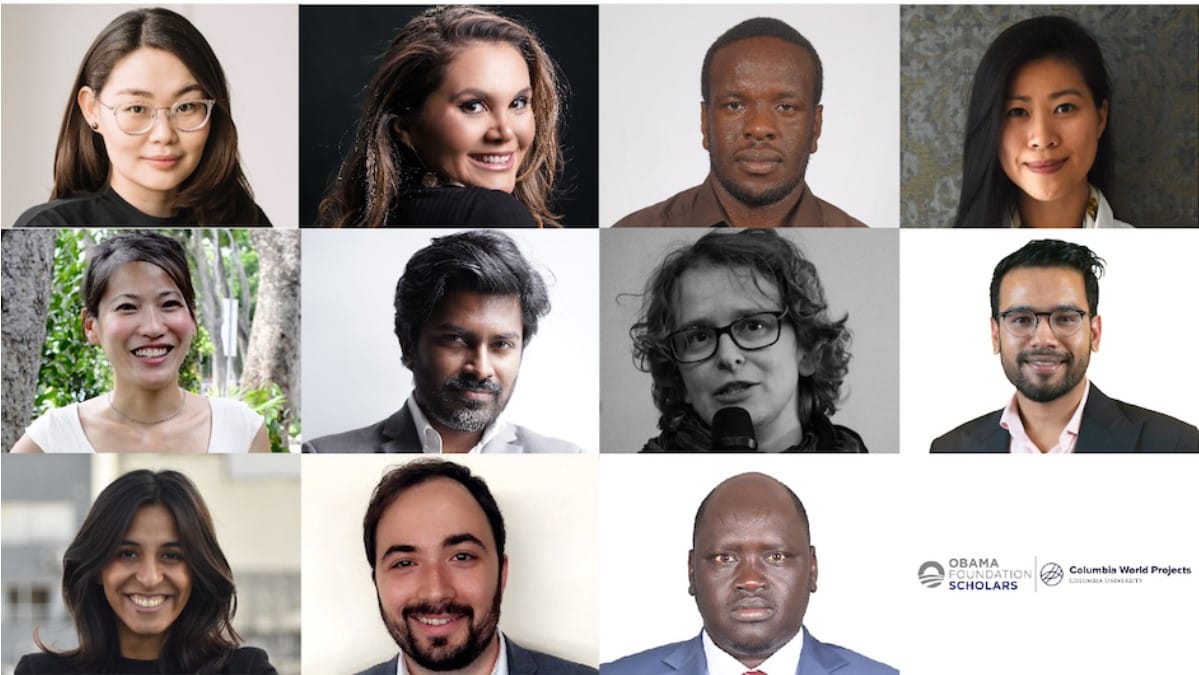 By Rishika Menon and Udbhavi Balakrishna

Bangalore, India - On Wednesday, August 26, 2020, the Obama Foundation Scholars Program announced that NSoJ’s Founder Timothy Franklyn was selected as part of the third cohort of Obama Scholars with ten other pioneers of change from around the globe. They will study at Columbia University in the City of New York for the 2020-21 academic year.

The Obama Foundation Scholars Program, which was launched in 2018, partners with Columbia University and aims to inspire, empower and connect young global leaders. It identifies committed leaders that have been working towards public good and bringing solutions to pressing global issues in their countries and communities. Through academic training based on rigorous curriculum and a practical, hands-on approach, this immersive program trains scholars to develop real-world leadership skills necessary to tackle social issues and form important networks to implement their action plans, accelerating positive change in society and involving themselves in training the leaders of the next generation.

“Over the past several months, the Scholars have found innovative ways to pivot their work to meet the needs of people in their communities. The world needs more leaders like this, now more than ever, and we look forward to supporting our third cohort of Scholars on their leadership journeys,” said Obama Foundation CEO David Simas. The Scholars will also have the opportunity to contribute to Columbia World Projects. This is an initiative that mobilizes the university’s researchers and scholars to work with governments, organizations, businesses, and communities to create tangible solutions to real-world issues.

“Witnessing, over the past two years, the powerful impact of this program on the remarkable individuals participating as Obama Scholars, and the communities they are dedicated to changing, has left Columbia even more deeply invested in this special endeavor and all that it can accomplish,” said Columbia President Lee C. Bollinger. “This year we welcome 11 new scholars at a moment that starkly underscores the importance of civic leadership. We are looking forward to supporting them in further developing the skills needed to meet the many urgent challenges proliferating around the globe."

Mr Franklyn was selected for his work as the Founder of NSoJ, in nurturing, inspiring, and training the next generation to become courageous journalists who are committed to justice, truth, pluralism, and liberal democracy in India. He is one of 11 rising leaders and changemakers from across the world and also is the only Obama Scholar from India for this year. 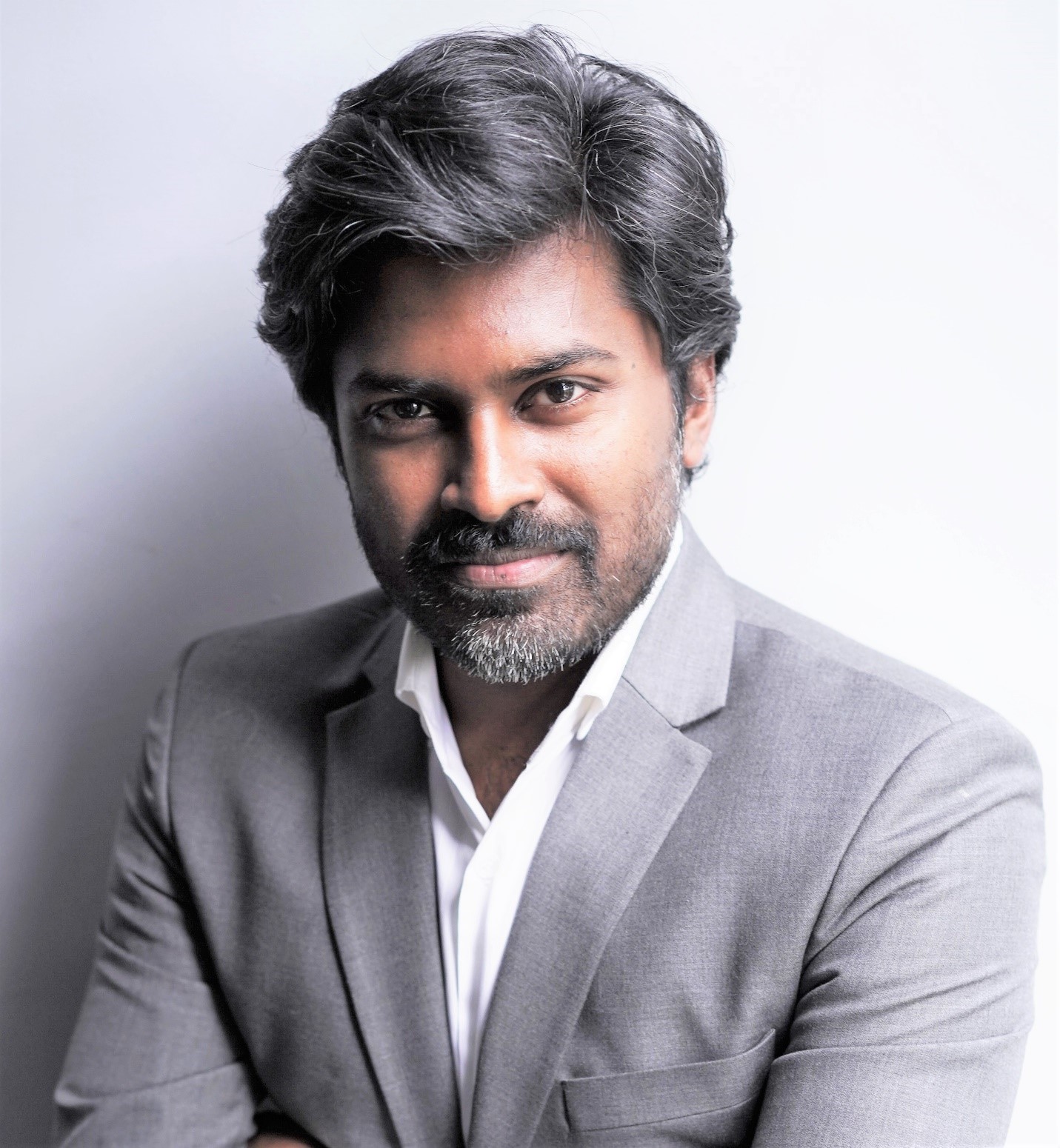 In his statement, he said that he is honoured to be selected as an Obama Scholar at Columbia University and considers it ‘an affirmation of the vision of NSoJ and the commitment of the team at NSoJ, over the past 5 years’. “My vision for NSoJ is driven by the principles of truth, justice, compassion, resilience and courage.” Having battled with and overcoming colon cancer in 2012, he developed a personal resilience, a fearlessness of death, faith in God and hope in humanity. He is, in some ways, thankful for that challenge. “It gave me the courage of conviction to give up a successful career in big law to return to India and establish NSoJ as an independent, professional and progressive journalism school.” His objective is to produce ethical grassroots journalists with the skills and tools to strengthen India's democracy; for NSoJ graduates to be changemakers, either in the organisations they choose to work in, or in independent media outlets that they establish.

Before establishing NSoJ, Mr Timothy Franklyn worked as a corporate finance lawyer in New Delhi, Singapore and Hong Kong at some of the world’s most prestigious law firms. He has advised governments, corporations and global investment banks on international corporate finance. Mr Franklyn received an LL.M (Master of Laws) degree from the London School of Economics (LSE) and is qualified as an advocate in India and as a solicitor of the Senior Courts of England and Wales. He also serves as a trustee of The General K.S. Thimayya Memorial Trust and is a member of the Ethics Committee and Institutional Review Board of Bangalore Baptist Hospital.

In response to this achievement, the Principal of NSoJ, Prof. Simon Varghese said: “This is a momentous occasion, not just for the college but also for our nation, that the founder of NSoJ has been selected for this prestigious fellowship. The vision and purpose behind establishing NSoJ by a successful corporate lawyer during a time of personal crisis show his commitment and concern for the future and youth. This fellowship will shine greater light on the need for a more just and fair world as envisioned by the founder.”

Talking about Mr Franklyn, Mr Baba Prasad, Distinguished NSoJ Fellow, Director of Postgraduate Studies at NSoJ and former Editor of The Hindu newspaper said: “Timothy Franklyn is a visionary in his own right and NSoJ, his brainchild, has emerged as one of India's premier centres of communication studies, in five years. He has a broad worldview, a strong sense of justice and fairness, moral and ethical values coupled with exemplary uprightness and bold commitment to secular and democratic tenets.”

Further commenting on this, Ashish Chandra Sen, independent media consultant, journalist, theatre and radio personality said, “Timothy richly deserves this prestigious scholarship. I have interacted with him for quite a few years and I have been struck not only by his vision and passion but also by his ability to walk his talk. He has a relentless commitment to pluralism, value and ethics-based journalism, and the pursuit of truth. These are increasingly in short supply today. I am confident that education and leadership, both in India and outside, will substantially benefit from Timothy's participation in the Obama Foundation Scholars Program”.

Member of Legislative Assembly, Govt. of Karnataka from Bengaluru’s Byatarayanapura constituency, Mr Krishna Byre Gowda remarked “The selection by the Obama Foundation is a testimony to the dedication with which Timothy and team have developed the National School of Journalism. This has inspired and is inspiring many youngsters to pursue journalism”.

Another young leader in the city of Bengaluru, Member of Legislative Assembly, Govt. of Karnataka from Bengaluru’s Jayanagar constituency Sowmya Reddy, who is also the government nominee on NSoJ’s governing council, went on to say: “It is a big moment and we are extremely proud to have somebody like him representing all of us from India. I would like to wish him all the very best. I’m sure it’ll be a wonderful journey as well."

We also reached out to Sunil Rajshekar, CEO at Independent and Public Spirited Media Foundation. Mr Rajshekar spoke about the importance of civic leadership and had gone on to say, “Timothy Franklyn stands out for having given up a lucrative career to steer himself on a path to make a difference to society. At a time when trust in media was at its lowest, Timothy chose to found the National School of Journalism which is a shining example of his commitment and determination to affect that change. Being chosen as Columbia University’s 2020-21 Cohort of Obama Foundation Scholars is not only a well-deserved recognition of what he has achieved so far but more importantly, marks him for greater civic leadership roles in impacting the lives of the young in India.”

Manav Venkatesh, a Bachelor's student at NSoJ, was one among many students who congratulated Mr Franklyn for his achievement. “It is a matter of great pride that our founder is selected for this prestigious Scholars Program. I am extremely proud to be part of the NSoJ family,” he said. 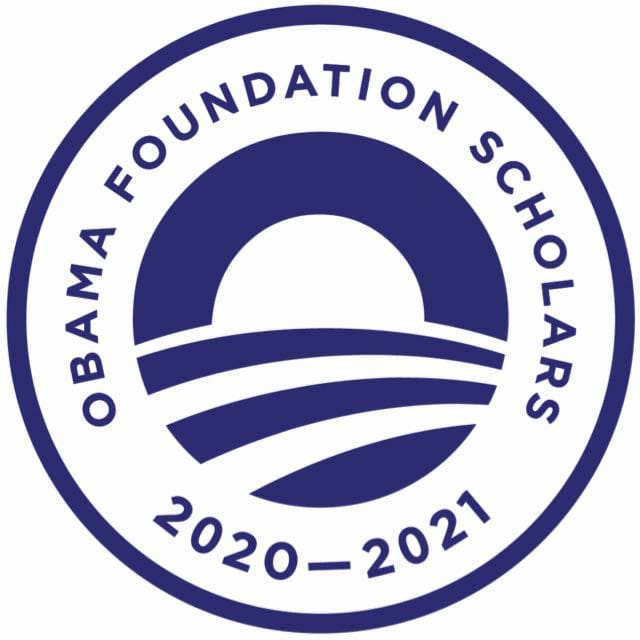 Bernise Ang
Chief Alchemist, Zeroth Labs
[Singapore]
Bernise has founded a youth development nonprofit Syinc and has also co-created processes for the development of civil society policy positions at the United Nations Framework Convention on Climate Change. She adopts a cross-disciplinary approach which helps address the complex challenges faced by partner governments and institutions with which she works.

Hamza Arsbi
CEO, Mind Lab
[Jordan]
Founder, director and project manager of the Mind Lab, a youth hub that focuses on advancing education through scientific experiential learning. Over the past six years, the Lab has reached over 8,000 students in seven cities around Jordan. These educational projects engage children of refugees and underserved communities.

Nicodemus Ajak Bior
Information Commissioner
[South Sudan]
Mr Bior has established an agency that aims to uphold each citizen’s right of access to information. In his advocating for public access to information, he aims to minimize governmental corruption, promote efficiency and accountability, and increase the public’s ability to fully participate in the country’s governance.

Yaqian Liang
Former Policy Advisor, Oxfam
[Hong Kong, PRC]
Ms Liang has advocated for sustainable, inclusive, and conflict-sensitive foreign investment in developing countries, with a focus on Chinese investment in Laos, Cambodia, and Myanmar at Oxfam, where she formerly worked. Her aim is to work across ideological divides to explore new paths towards development that are compatible with respecting human rights.

Maralmaa Munkh-Achit
Executive Director, Zorig Foundation
[Mongolia]
Prior to leading Zorig Foundation, a Mongolian non-profit organization from the position of executive director, Ms Maralmaa worked as Zorig Foundation’s Program coordinator. In this role, she developed innovative programs to empower marginalized communities including rural women and unemployed youth. She believes in empowering the next generation by improving their access to quality education and employment.

Flávia Neves Maia
Researcher and practitioner in Urban Planning
[Brazil]
Ms Maia is a public servant and urban planner at Agenda Teresina 2030 who aims to accelerate the achievement of the Sustainable Development Goals in Brazil. She works in the intersection of urbanism, gender equality, and climate action, leveraging governments’ ability to promote participatory approaches in the making of resilient cities. Currently, she is helping to raise more than USD$100,000,000 in investments for sustainable development of her community.

Inés Palacios
Former Chief of Staff of the Gender and Sexual Diversity Institute of the Buenos Aires Province Government
[Argentina]
Between the years 2017 and 2019, Inés Palacios served as Chief of Staff of the Gender Institute of Buenos Aires Province Government in Argentina, where she worked in the planning and implementation of Buenos Aires’ first Gender Mainstreaming Plan, which impacted two million women. A member of youth political group “La Generación,” she also advocates for the protection of the Indigenous population in Argentina.

Tessza Udvarhelyi
Head of the Office for Community Participation, Municipality of the 8th District of Budapest
[Hungary]
Tessza launched a new Office for Community Participation in January 2020 which helps to increase engagement of some of Budapest’s most disenfranchised citizens in civic life. Tessza is also the co-founder of the School of Public Life, a grassroots education and research centre. In 2009, Tessza co-founded a housing advocacy group called The City is for All, which has been mobilizing homeless people and their allies for housing rights.

To know more about the Program and the other scholars, please click here: www.obama.org/scholars/

On behalf of the management, faculty and student community at NSoJ, we offer our hearty congratulations to the third cohort of the Obama Scholars Foundation.